AQARAT, a Kuwait-based Real Estate Company, has submitted plans to build a 45-story Yotel hotel and condo project in downtown Miami – taller and bigger than they originally planned. Miami’s Aria Development Group is a partner on the project, with AQARAT owning a 51% stake.

The Yotel is planned for a small lot at 235 NE 2nd Street that is sized at just a third of an acre. It is next door to the Vizcayne and Loft condos. North facing views on the lower hotel levels will be obstructed by the Loft building, but the upper condo levels will be unobstructed.

Plans call for 180 condo units on the upper levels of the tower, with 262 hotel ‘cabins’ crammed into the lower levels (Yotel rooms are unusually small, and Yotel Miami will include rooms that are as small as 214 square feet.) An amenities and open air pool deck will be located an levels 11 and 12, with another amenities deck at the top of the tower on level 45.

The lower levels are devoted to a parking garage, and the developer is requesting permission to build 144 parking spaces, a 22% reduction from zoning requirements. On the ground floor, a water feature will be surrounded by separate hotel and residential lobbies, along with retail and restaurant space on the first and second floors.

ADD Inc is the architect. Miami’s UDRB will review the project next week, but city officials say that the error-filled submission was rushed, and will likely need to be revised.

The developers intend to complete the project and open the hotel by 2018. 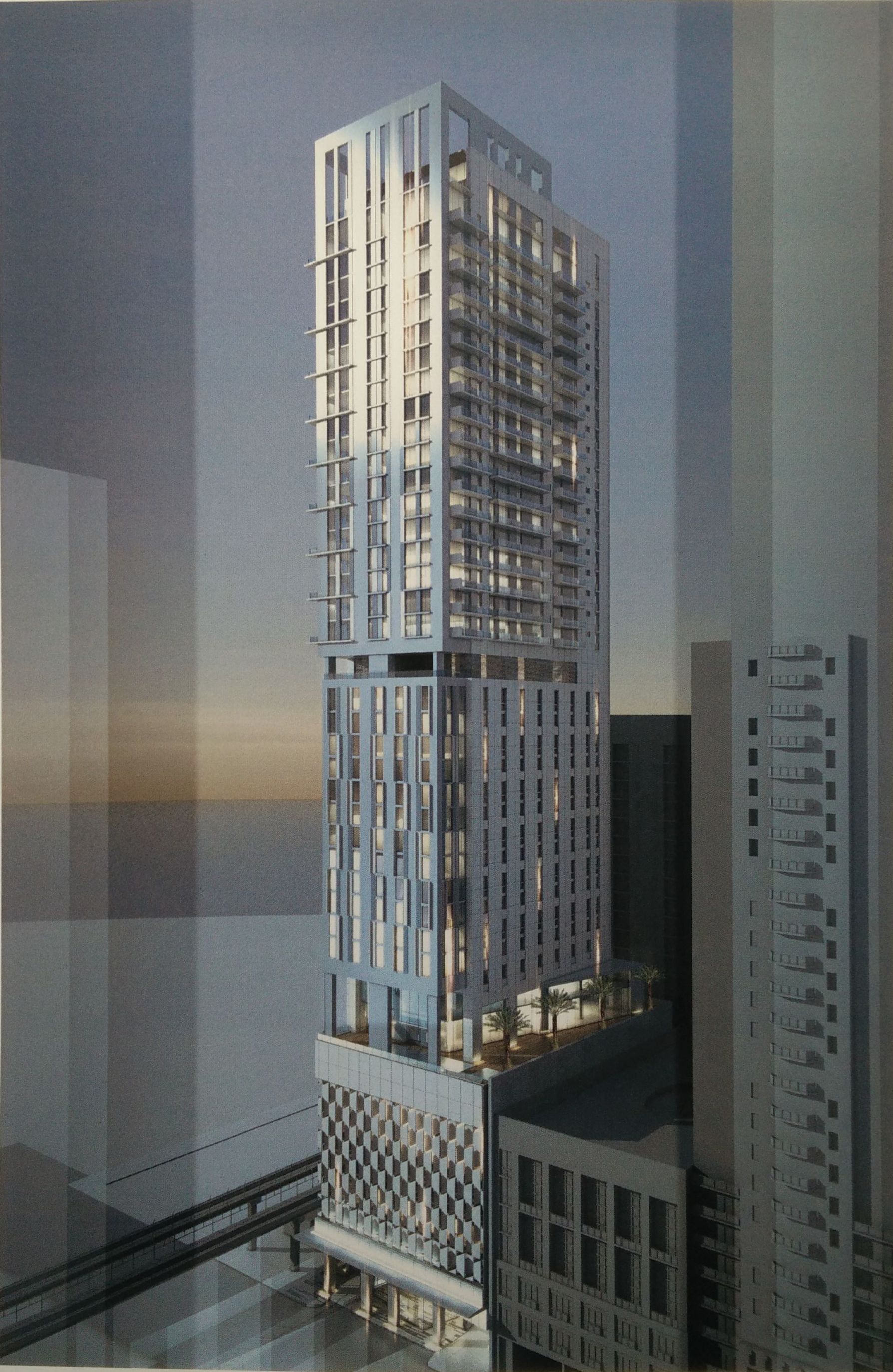 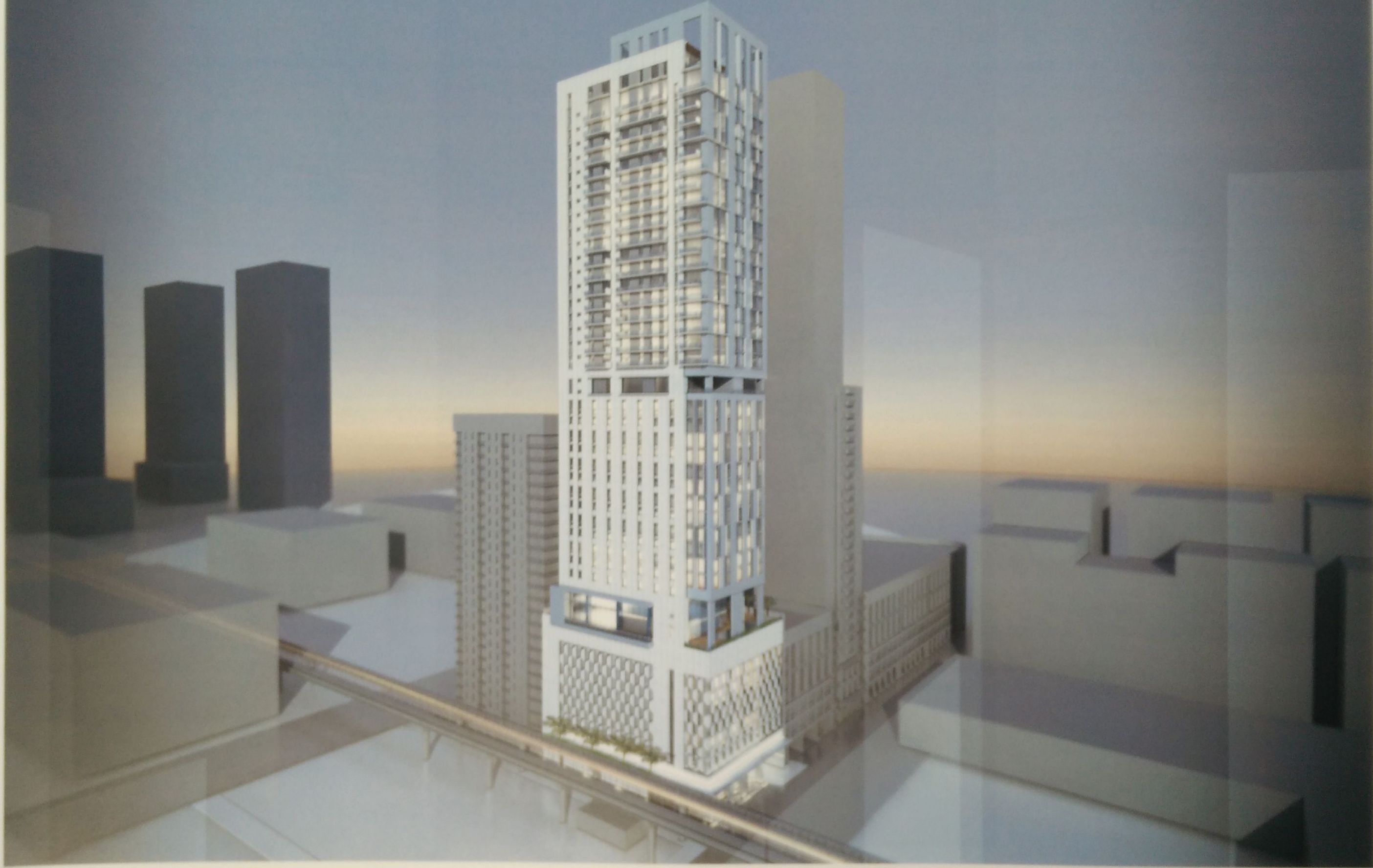 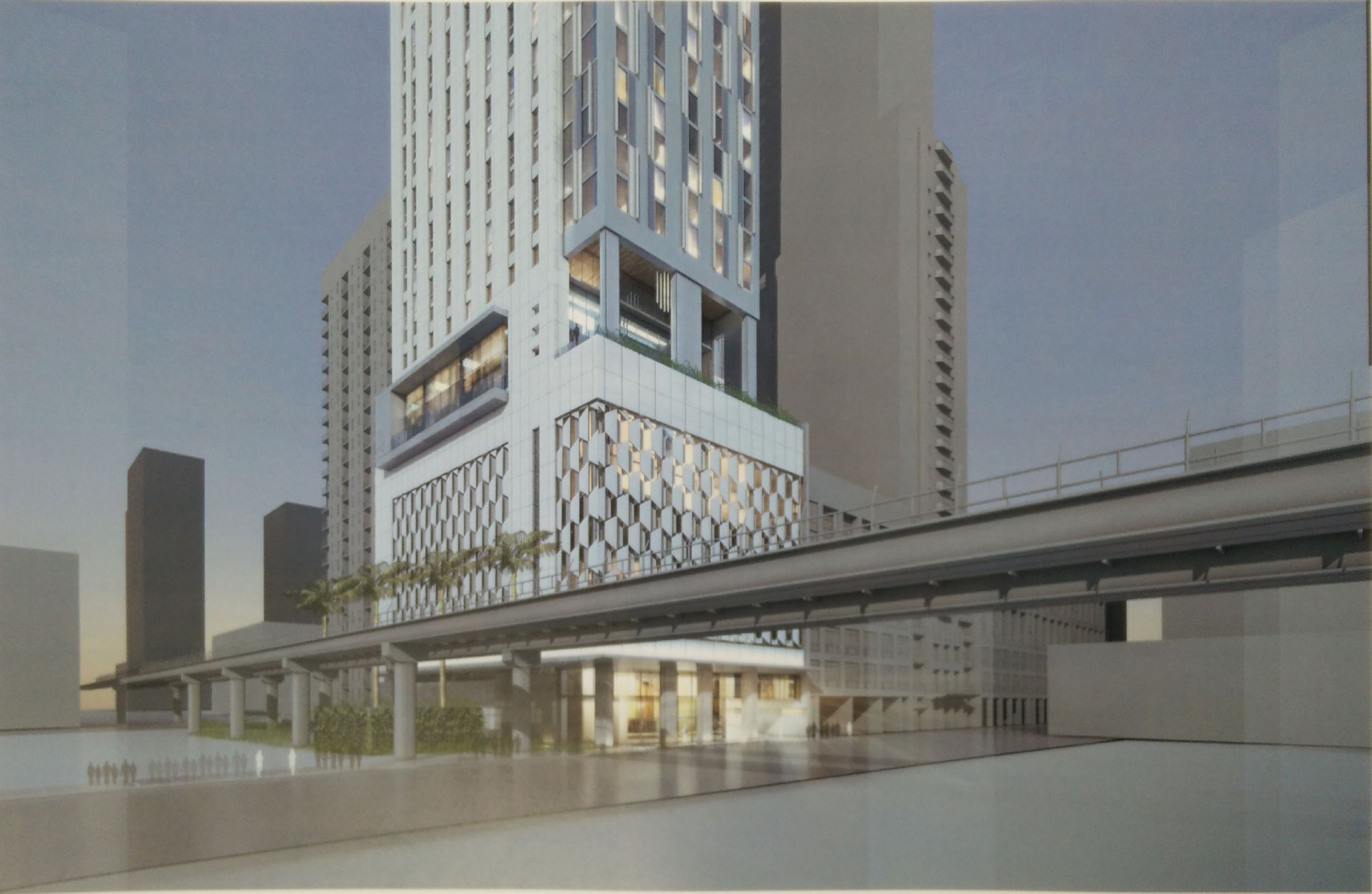 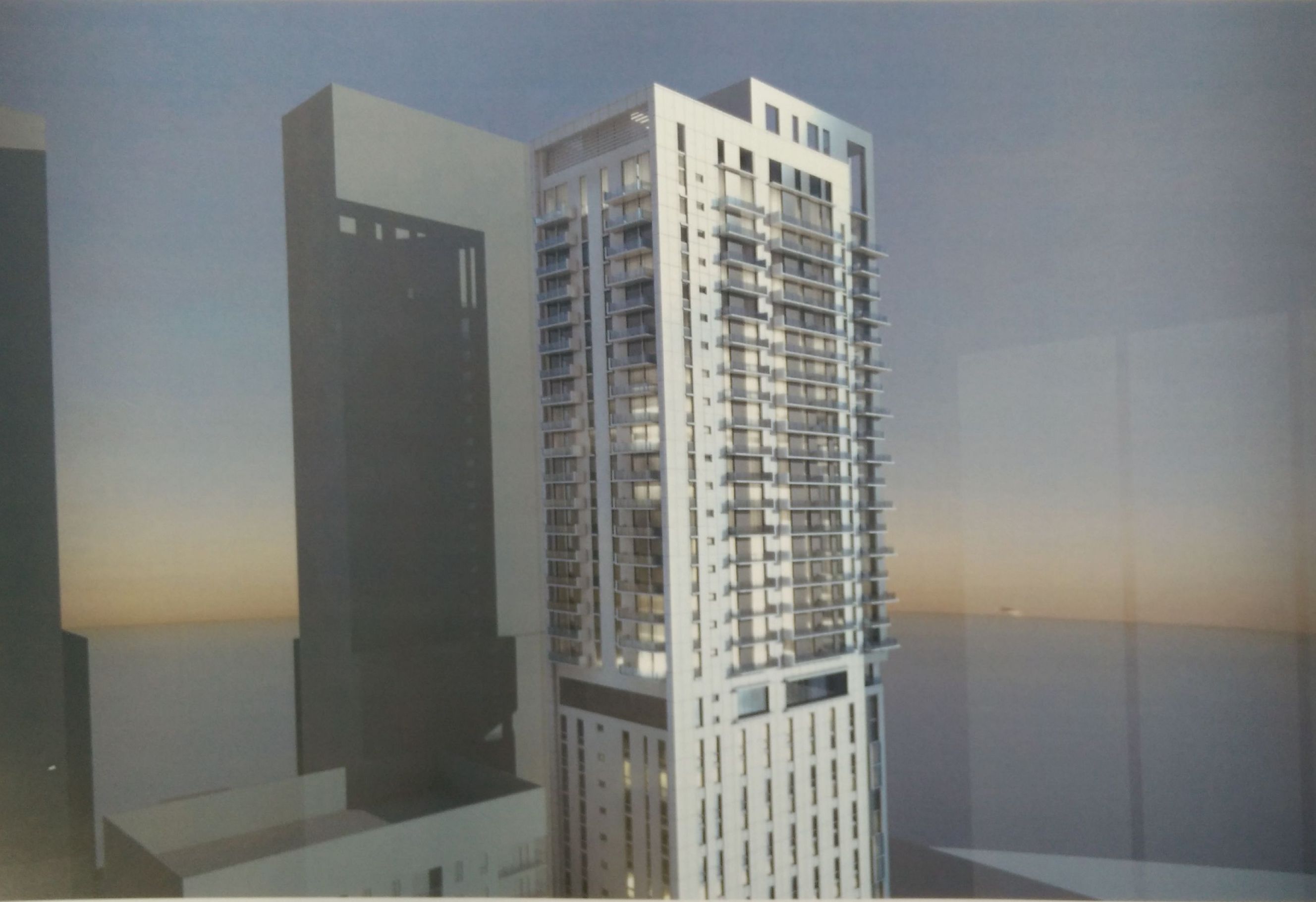 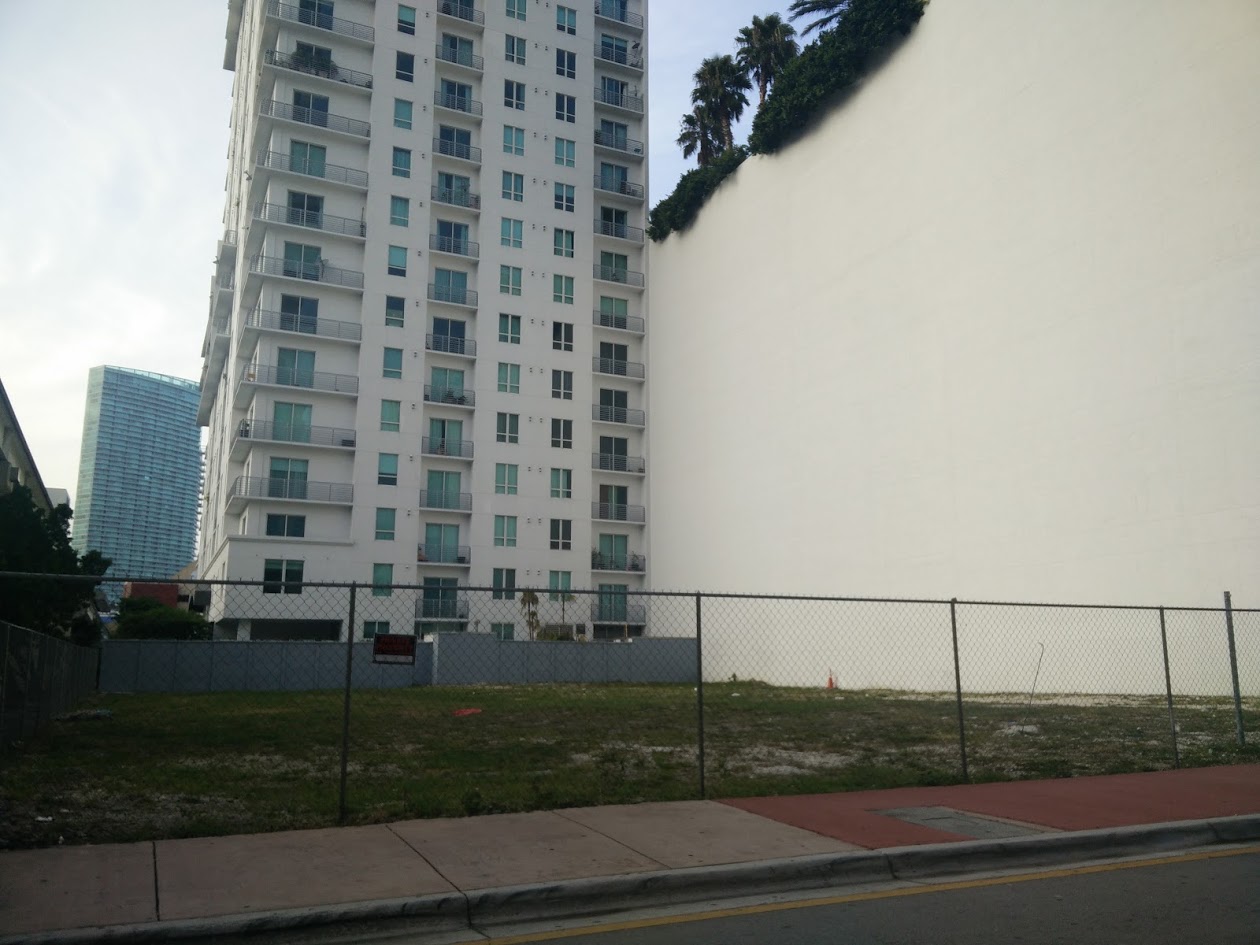