In the ad, which is airing on 99 JAMZ, a local Hip Hop and R&B station, the union urges Dade mayor Carlos Gimenez to block the deal, since ‘black work matters.’ The ad goes on to state that the large number of jobs that would be created by Worldcenter isn’t sufficient, and that ‘we’ve had jobs since we were brought over on ships 500 years ago.’ Instead, the developer must agree to create good jobs ‘like those at the Fontainebleau’ hotel.

The ads were paid for by Unite Here, a labor union. The union’s largest representation in Miami is employees of the Fontainebleau.

Unions are fighting for a labor peace agreement, which would allow for the formation of a union at Worldcenter. Other demands include free Wifi for the neighborhood.

Dade’s commission is scheduled to vote on a second reading of the CDD at a meeting tomorrow.

Last week, 16 activists showed up at county hall to protest the Worldcenter deal (there may have been more reporters than protesters.) Just a day earlier, about 500 people had lined up in Overtown for a Worldcenter job fair. 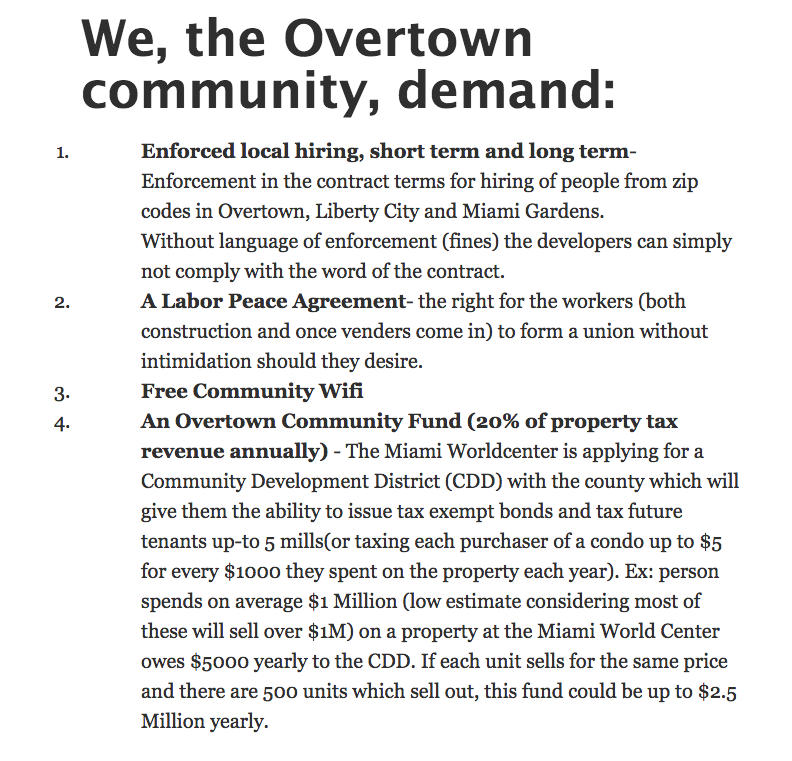