A sculpture that was custom designed at Bentley headquarters in Crewe, England has arrived at the sales center for Dezer Residences in Sunny Isles.

The polyurethane, steel and fiberglass sculpture was unveiled by Gil Dezer last week.

Dezer said the speedform sculpture is the future of Bentley, which plans to go all electric within a few years.

Bentley engineers sanded the fiberglass to give it its shape. They also coated it with a specially created color called Miami Bronze, which is formulated to come to life in Miami’s sun.

Bentley designers are also overseeing plans for the Dezer Residences tower itself, which is planned to begin construction in 2023.

“One of the biggest achievements when we design a car, is to have a whole group of designers working together, but to make it look like it came from one person’s hand. We have the same exciting challenge with Bentley Residences, but on a 70-story scale,” said Brett Boydell, Bentley Head of Design Collaborations.

The designers revealed that the entire building will have a diamond motif – including the glass panels that form the façade of the tower, as well as interior elements such as the tiles in the lobby. Diamonds are said to be a signature of Bentley design.

Bentley Residences will rise 749-feet, or 60 stories, taller than any other building in Sunny Isles.

There will be 216 residences, with private pools on balconies, and a glass-enclosed Dezervator that allows residents to drive up their condo and park on their floors.

Completion is scheduled for 2026. 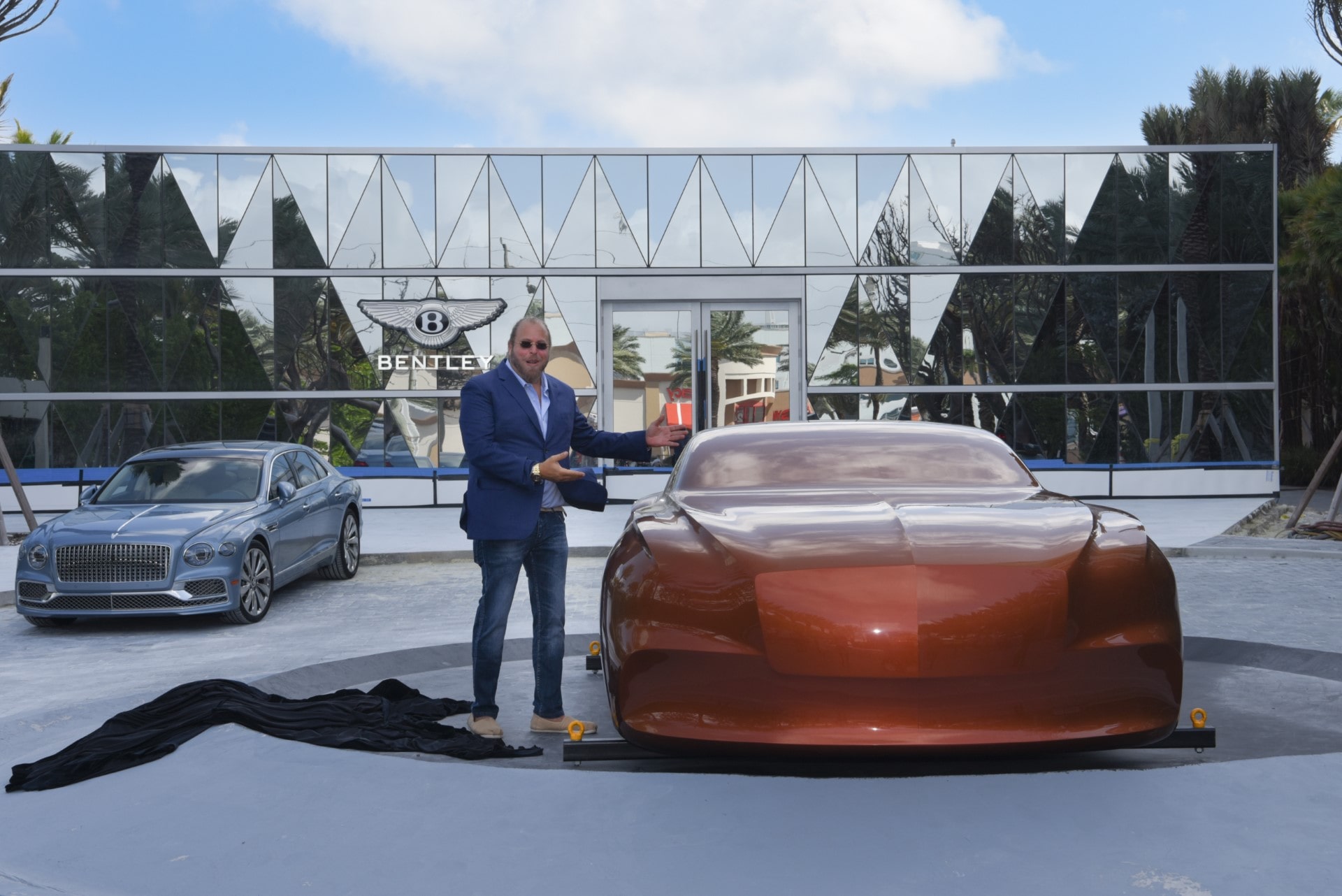