Link At Douglas To Include 1,421 Units, One Of Miami’s Biggest Projects Ever

Adler Group and 13th Floor Investments have increased the size of their massive $600 million Link at Douglas project. It is now set to become one of the biggest developments in Miami’s history.

This week, the developers secured water and sewer utilities for the site. According to the newly signed agreement, Link at Douglas will include:

Earlier this month, the Herald reported that many residents and politicians were caught off guard by an August TNM report of a 40-story tower planned for the site. Some residents have complained that the proposed building is too tall for the area (Miami-Dade is overseeing approval with no oversight from area municipalities).

Four shorter towers, including the office tower, will surround the 40-story tower, with a public plaza in the center. In the first phase, the 40 story tower will include 406 units averaging 1,000 square feet. A shorter residential tower with smaller unit sizes averaging 625 square feet will bring the total first phase residential count to 723 units.

The transit oriented development will include just 770 parking spaces in a nine-story garage, with 300 of those spaces reserved for Metrorail riders. 188 apartments will be reserved for workforce housing. LEED Gold certification is part of the conditions of obtaining approval for the taller height.

$20 million in infrastructure improvements are planned, including renovation of the Metrorail station, $1 million towards the Underline, and roadway improvements. 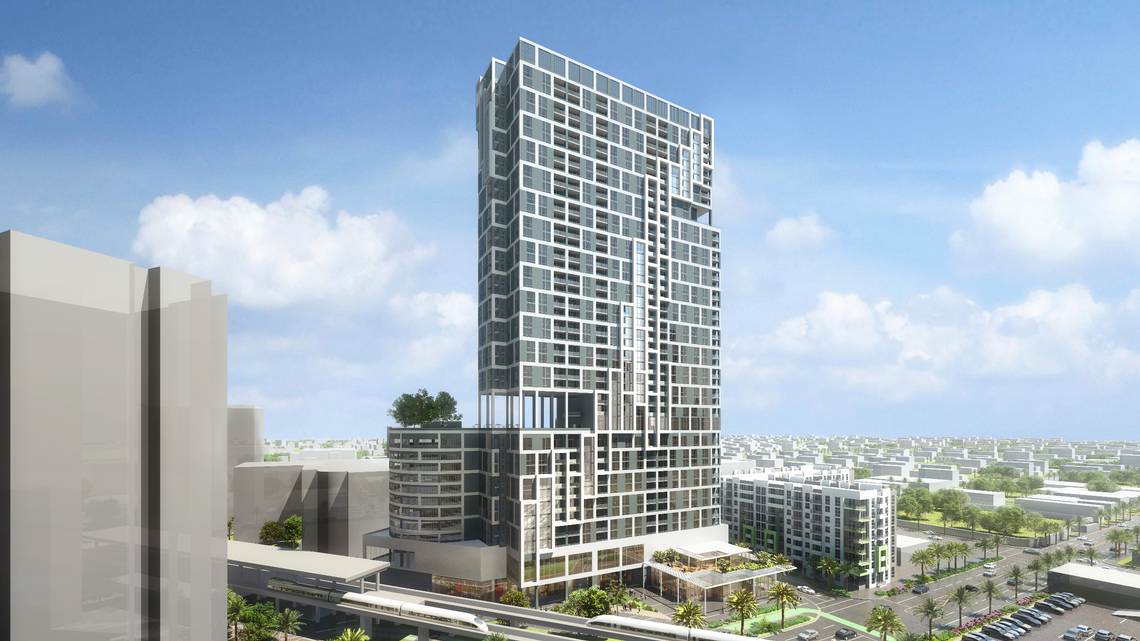