The $450m Luna, which is the second largest expedition yacht ever built at 377 feet, docked at downtown Miami’s Museum Park over the weekend.

The yacht is staffed by a 50-person crew.

It is equipped with bulletproof windows, long range acoustic guns, a mini-submarine, an anti-drone system, and an anti-missile defense system. Doors are bomb-proof, and the steel hull is nearly 7 inches thick.

Azerbaijani businessman Farkhad Akhmedov purchased the yacht from Roman Abramovich for $400 million in 2014, and then spent $50 million on a refit that was completed last year.

There are two helipads for Akhmedov’s two eurocopters, along with several limousine boats worth $4m apiece.

The yacht has been a regular visitor to Miami in recent years. 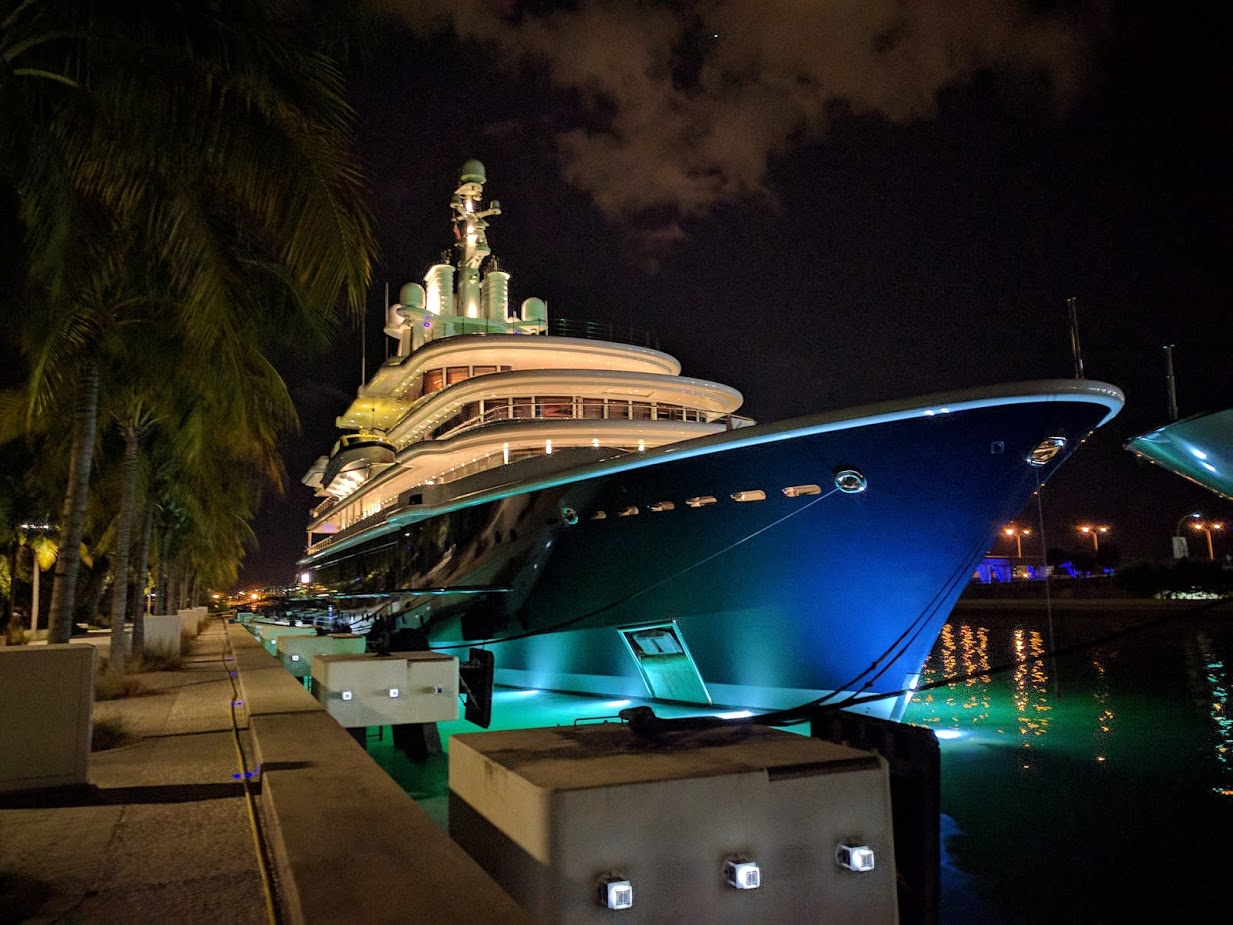 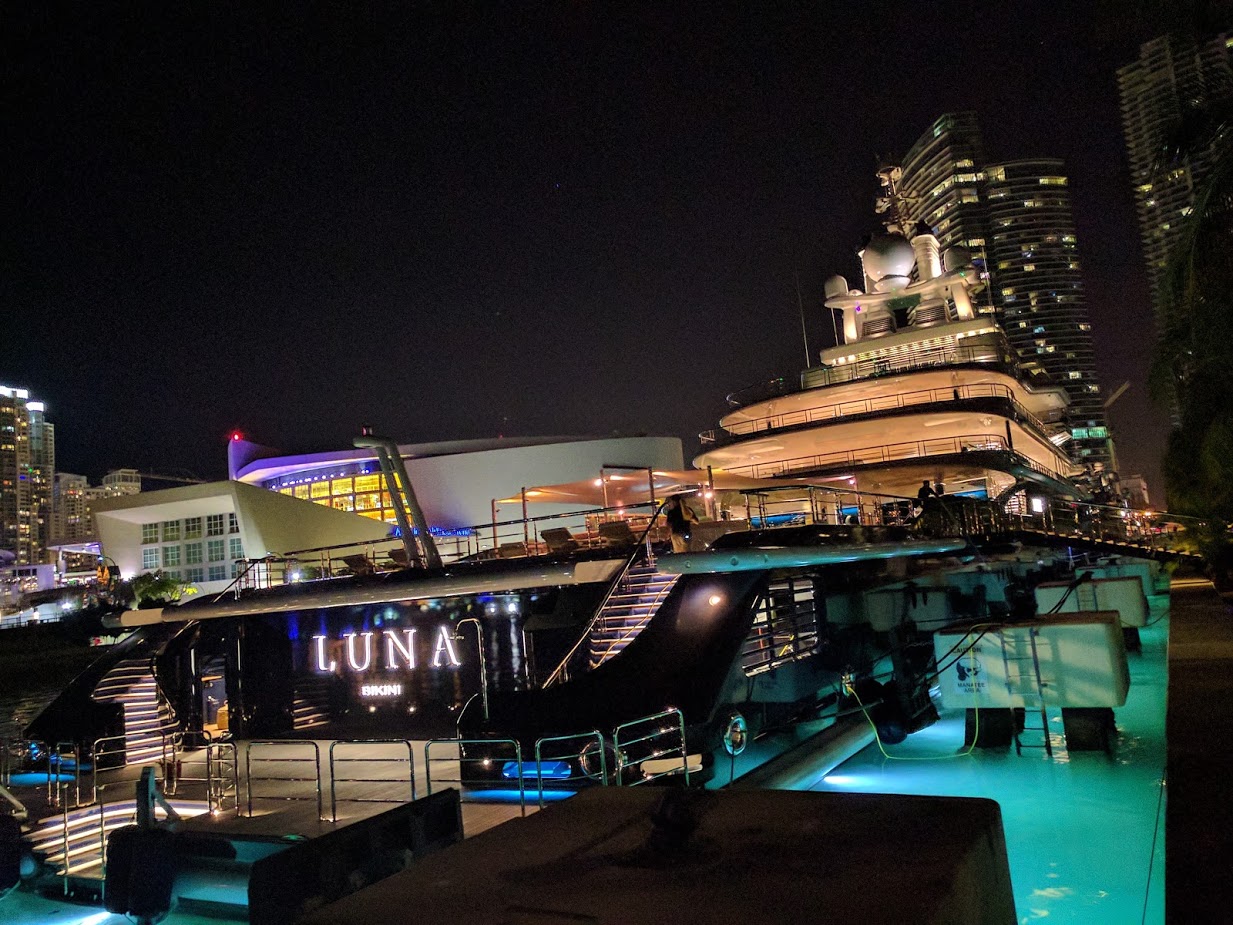 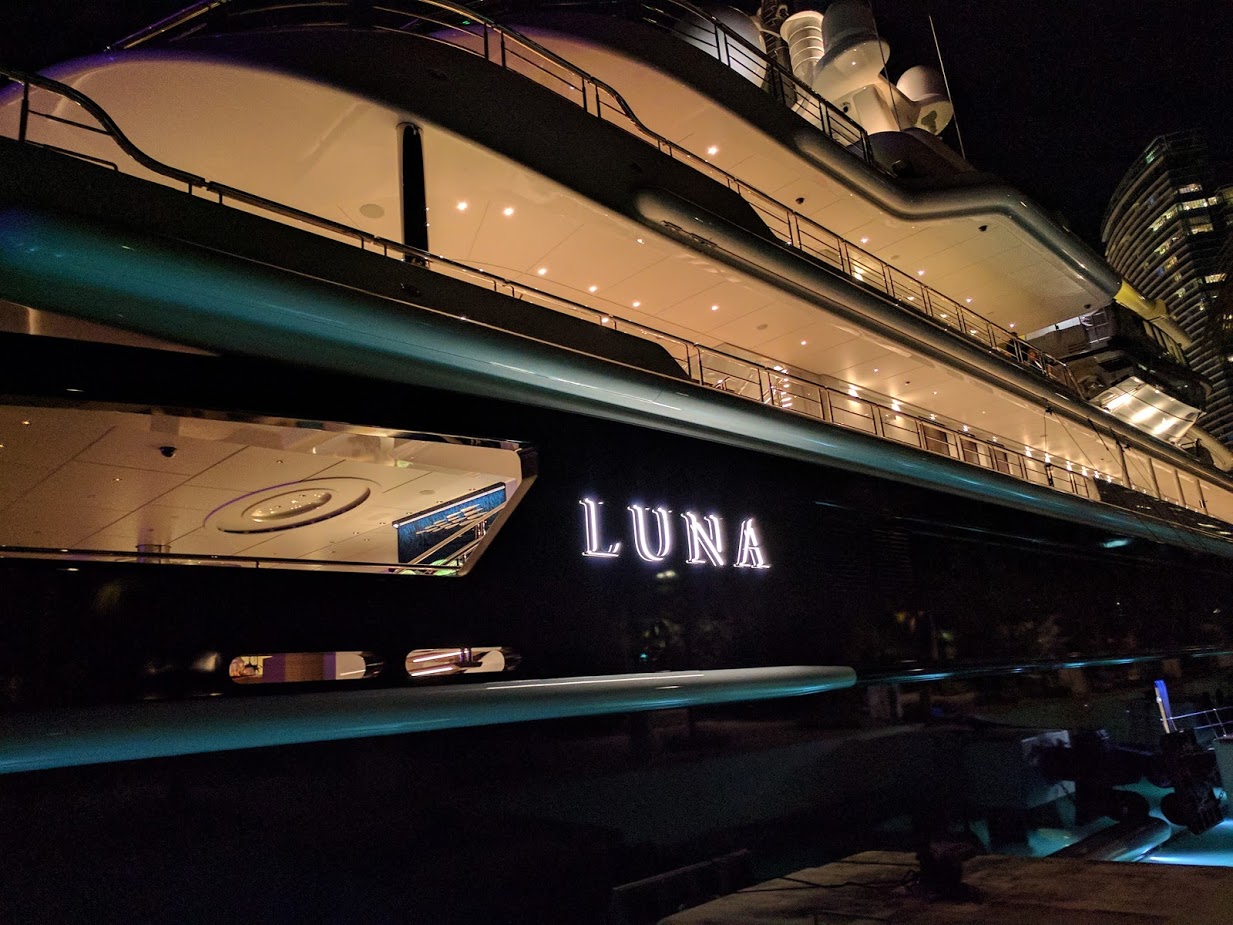