A proposal to build an 82-story supertall tower on Brickell Avenue called Major has been submitted to the Federal Aviation Administration.

Major is planned to top off at a height of 1,042 feet above ground, or 1,049 feet above sea level, according to the new FAA filing

The application was submitted on March 31.

The developer of the project, JDS, is now based in Miami, according to its website.

The company recently completed the 1,428-foot 111 West 57th Street in New York, which is said to be the tallest residential building in the Western Hemisphere.

In Miami, aviation restriction have limited buildings to a height of 1,049 feet above sea level, so far.

According to plans submitted to county reviewers last month, Major is proposed to include: 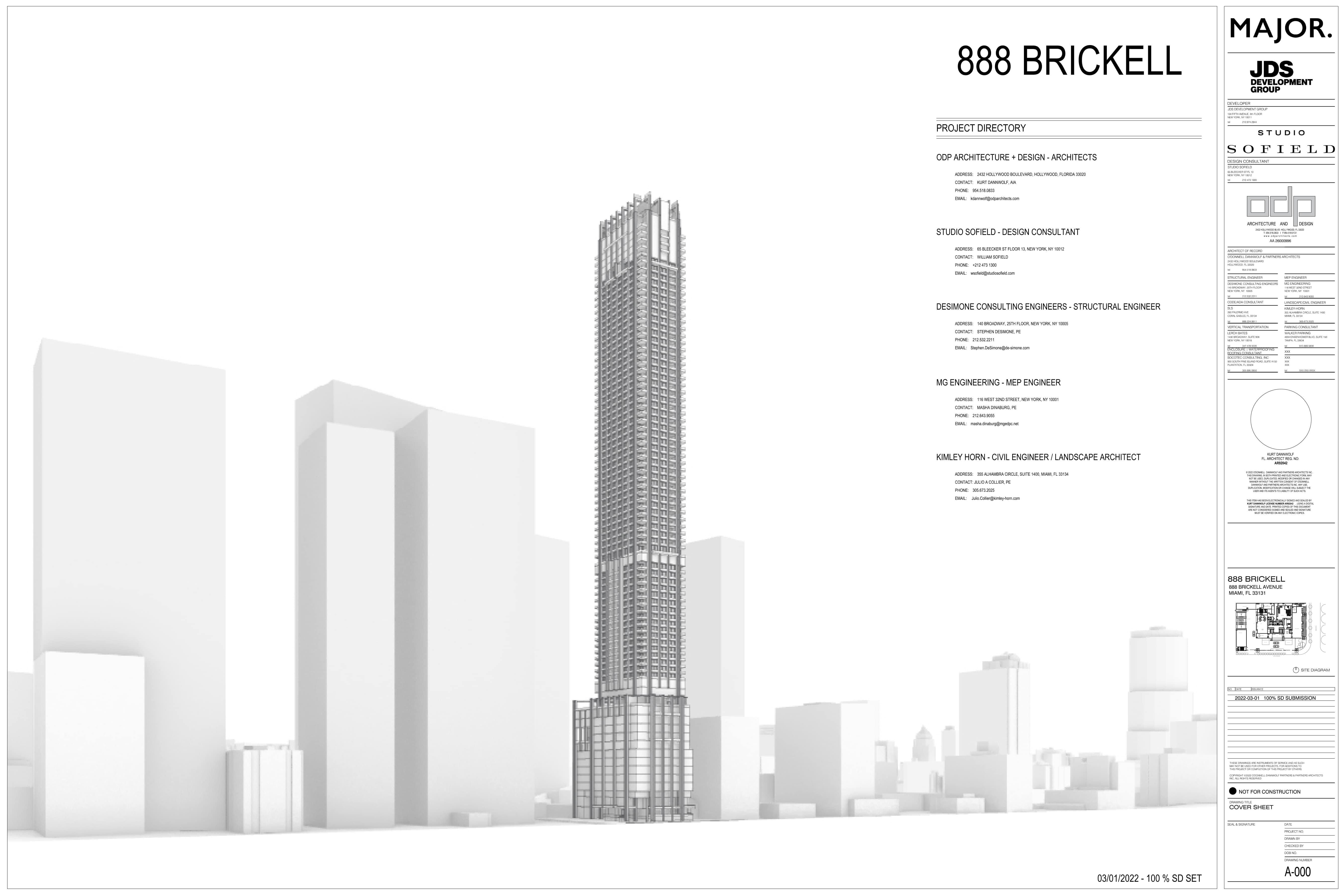