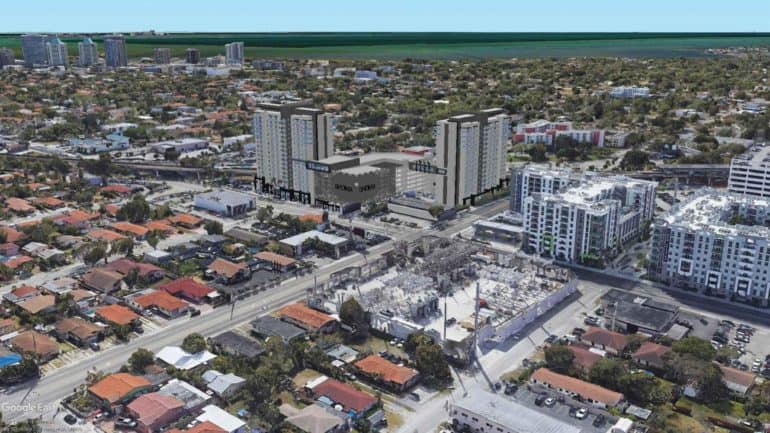 Moishe Mana “is close to his goal of achieving critical mass in the downtown area” after spending $4.5 million on another property last week.

Mika Mattingly of the mikamiami team at Sterling Equity Realty represented both seller and buyer in Jersey Art Holdings’ purchase of 115 SW 1st Street for $4,552,650. The site totals 10,117 square feet, equating to $450 per square foot for the land. Mana purchased an additional 6,000-square-foot lot for $450 per square foot.

Mana now owns 16 properties on Flagler Street, increasing his urban core portfolio to 38 properties totaling 805,543 square feet, which were all acquired within the past 20 months. Mana is close to his goal of achieving critical mass in the downtown area.

“Mana is close to completion of his assembly and is working on a master plan that will propel downtown Miami into one of the hottest spots on the globe,” stated Mattingly.

Miami-Dade County commissioners recently approved a $13 million improvement plan for Flagler Street, with the City of Miami matching the County’s contribution. Downtown property and business owners are covering the remaining $1 million. The renovation will break ground in October 2015.