The architectural design of Moishe Mana’s Nikola Tesla Innovation Hub has been revealed.

As part of the project, an existing office building from 1980 is undergoing a gut renovation, and is being marketed as having a a tech-focus. A parking garage is also being renovated.

The building formerly housed federal law enforcement offices, including the Miami divisions of the Federal Bureau of Investigation (FBI), Internal Revenue Service (IRS), US Customs and the Federal Immigration offices.

The 13-story renovation is being designed by architect Bernard Zyscovich.

In a press release, Zyscovich said the design would be “iconic.”

“The existing exterior skin will be stripped away and replaced with an artistic facade of reflective glass and shaded glass, offering the opportunity to see in and reflect out in the same facade,” Zyscovich said.

The Nikola Tesla Innovation Hub will include:

Mana’s press release says that interior demolition began in late 2020 “to prepare for a complete renovation of the building by 2022.”

According to a permit approved for contractor Telesco Construction, the estimated cost of construction is $14,897,170.78.

Mana says he is building something called “Mana Common,” and the Nikola Tesla building is a piece of it.

The Mana Common process is to “begin building community ecosystems long before any construction begins and continue to nurture them long afterwards. This allows for rapid, meaningful, permanent vitality for a neighborhood,” the release said. 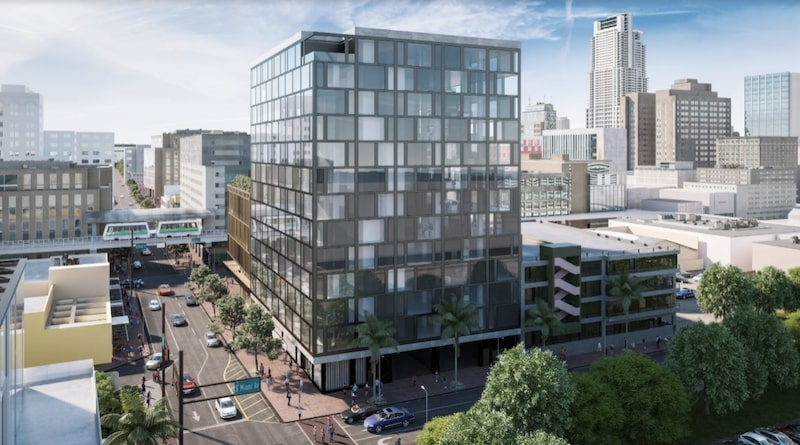