Moishe Mana has announced that he has commenced construction on the Nikola Tesla Innovation Hub in Downtown Miami.

Records show that a Notice of Commencement to begin work was filed on January 26. A renovation permit from Miami’s Building Department has been issued.

The 13-story office building will house the Miami International University of Art and Design, with another five floors on the lower levels for a startup hub, Mana previously said.

Telesco Construction is the contractor.

The Miami Herald first reported Mana’s announcement, which was made in an online presentation. 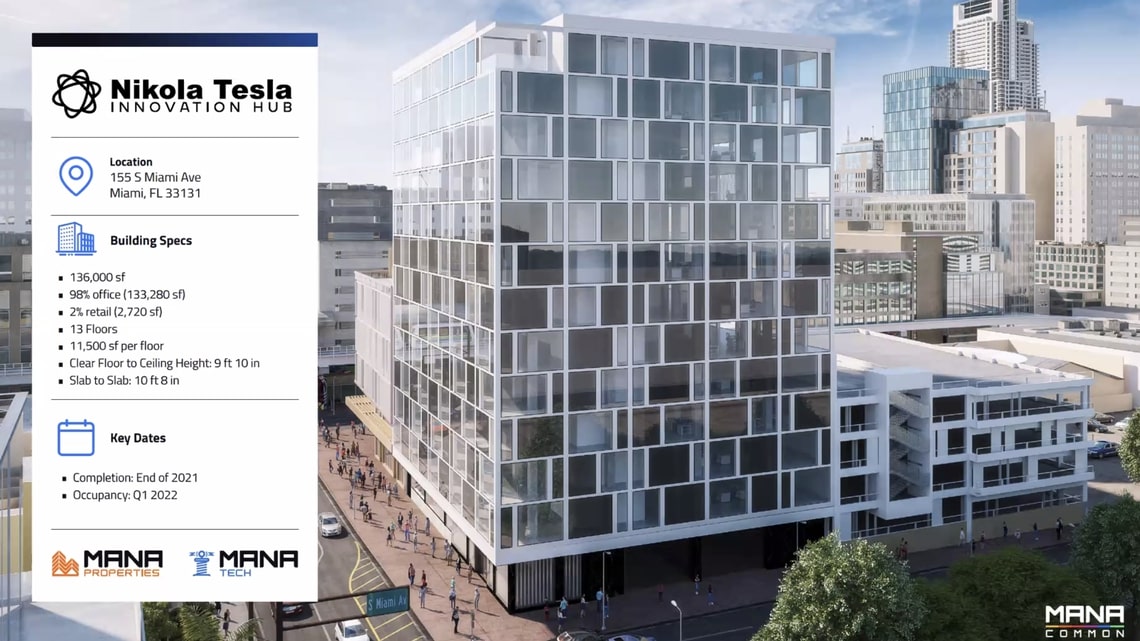