Representatives of Miami Dolphins owner Stephen Ross have released new details and a massing study of a luxury hotel and condo project, according to Miami Herald reporter Martin Vassolo.

The project is planned to have two separate towers rising as tall as 375 feet, if voters approve a height and density increase.

The hotel brand will be Equinox, with about 175 rooms in the shorter tower. In the taller tower, around 150 condo units are planned.

A landscaped area “like a park” is planned between the two towers.

The Deauville Resort is being demolished to make way for the new towers.

In addition, a property that is currently a parking garage at 6625 Indian Creek Drive is also part of the development plans.

The Miami Beach Land Use and Sustainability Committee voted in favor of moving forward with a proposed zoning amendment needed for the project at a meeting last week.

Ross said Gehry’s design is unlikely to look as square as what is shown in the massing study below: 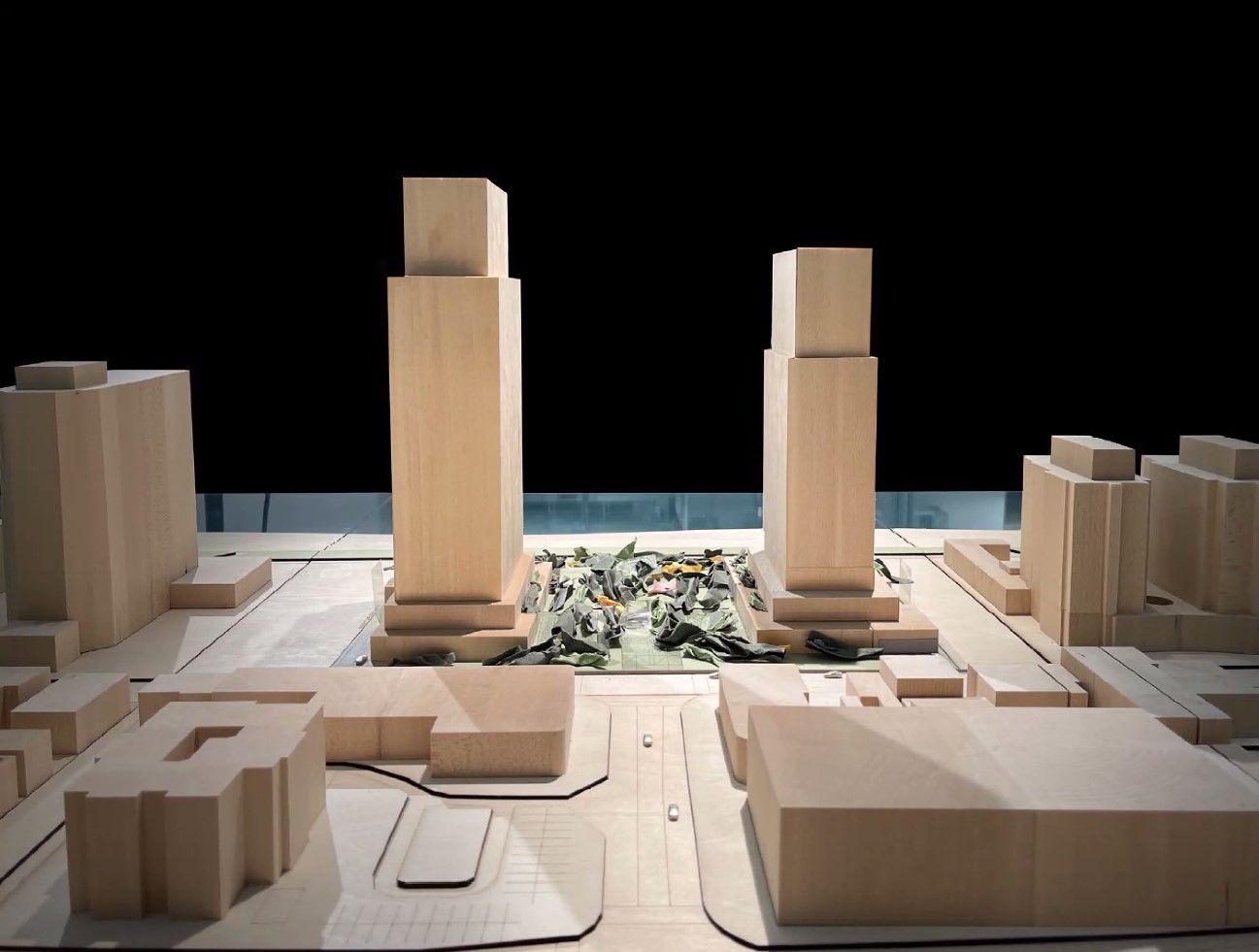