Mayor: Northeast Rail Corridor Could Be Running By Next Year

Dade’s mayor announced last week that he opposed waiting for federal funding to build rail, but one rail line could still get a jump start soon.

Carlos Gimenez and transit chief Alice Bravo told the Miami Herald editorial board that the Northeast corridor rail line could be running by next year.

Brightline is now finishing up double tracking and rebuilding crossings, and the county would negotiate to use those tracks for local commuter rail. Unused Tri-Rail trains could be put into service for a quick start.

Stops could include North Miami Beach, Aventura, and North Miami, and be funded by local municipalities and the private sector. North Miami Beach’s Mayor and City Manager said that they are ready to contribute to a stop at 163rd Street and Biscayne Boulevard.

The tracks have the advantage of already being in place for an immediate start up, and they run through some of the most densely populated parts of Miami. A disadvantage is that the line would be at grade, impacting reliability and further snarling automobile traffic.

Gimenez also told the Herald Board that he considered rail to be a “19th century technology.” 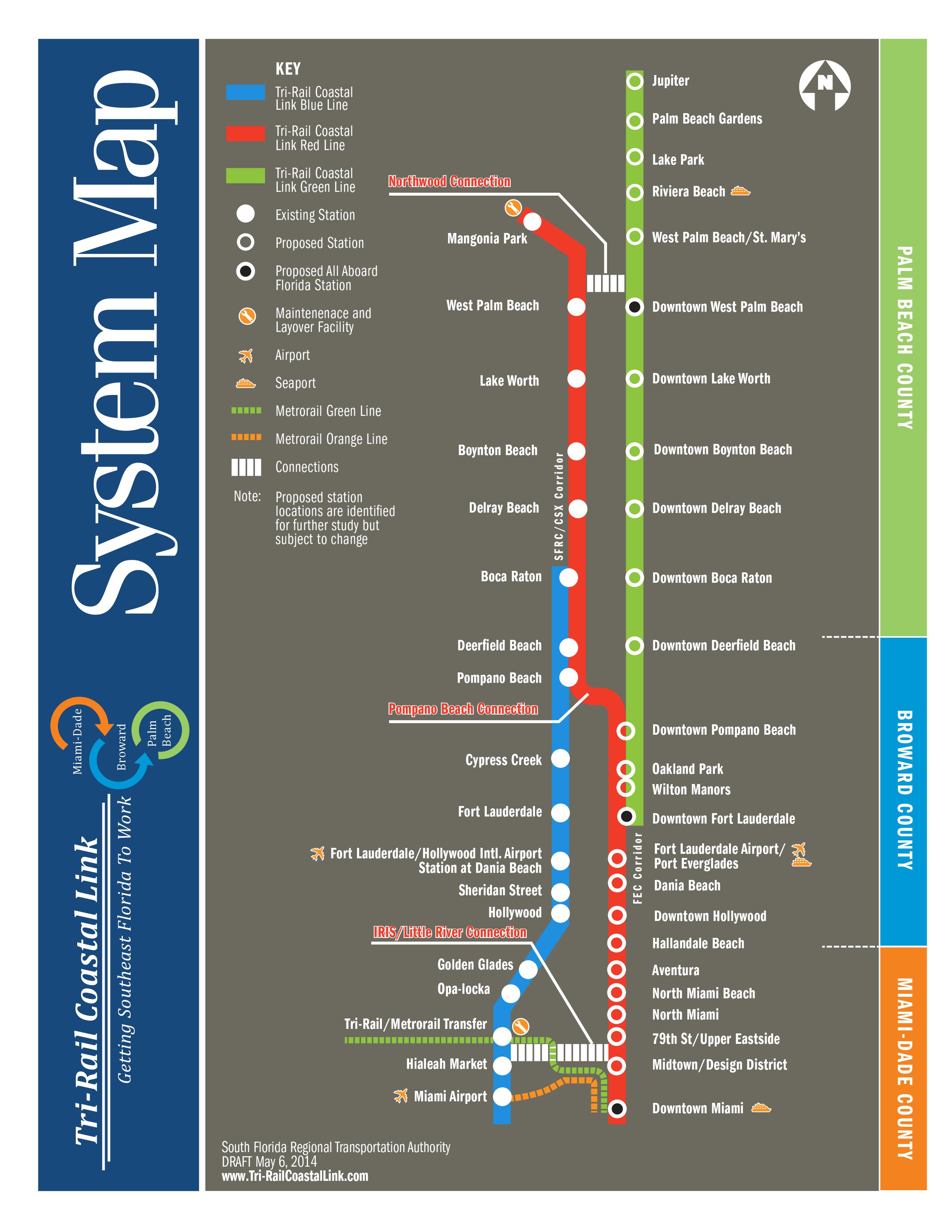