Suarez was responding to a tweet by Musk, in which he complained  about a report that San Francisco was investigating Twitter for adding employee sleeping quarters at its offices.

“It’s not about politics, it’s about the soul of our country,’ Suarez wrote in a tweet. 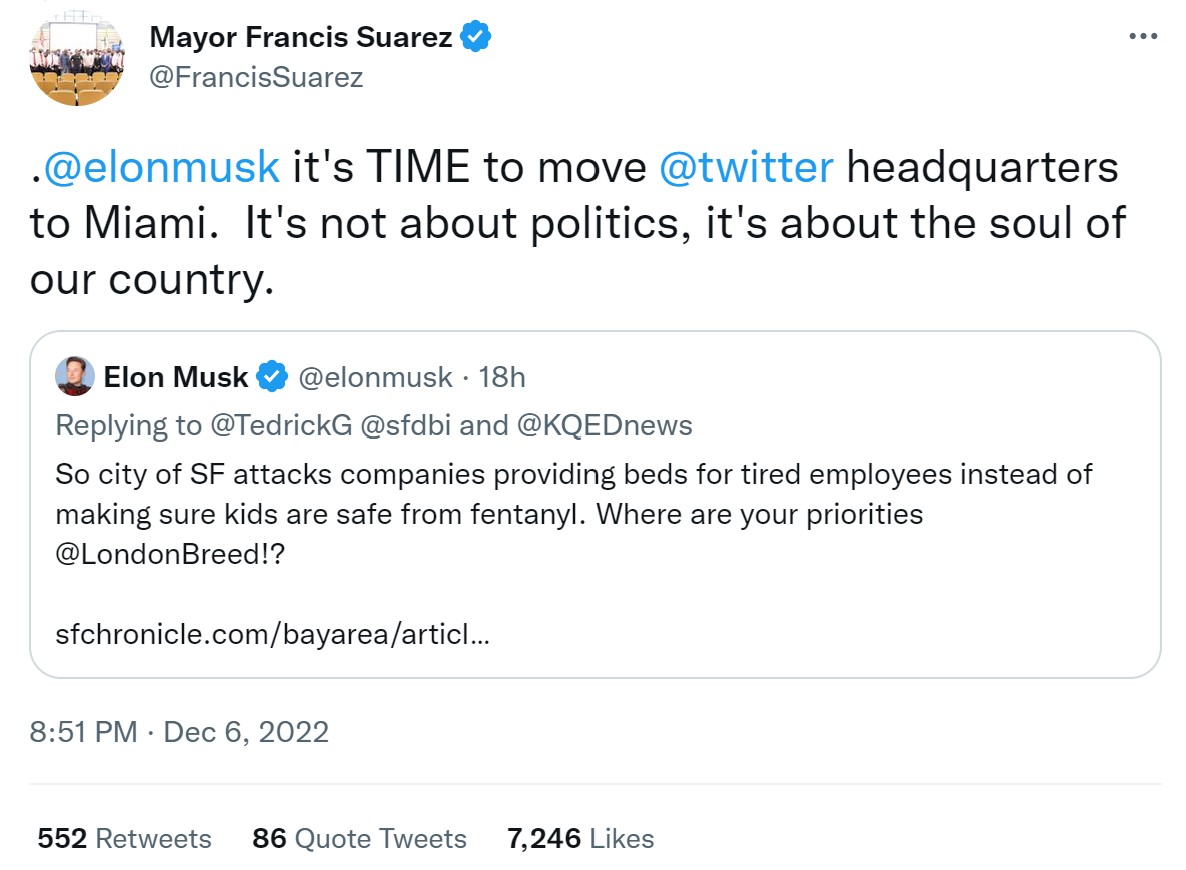 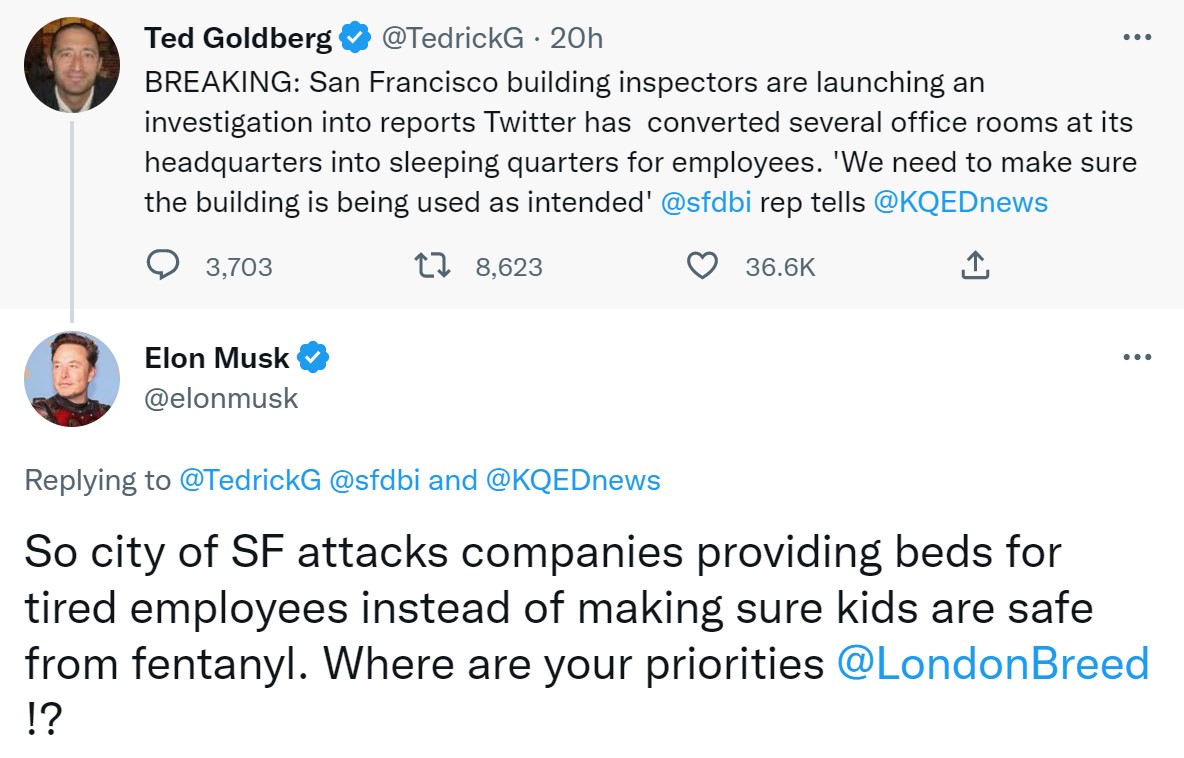