Downtown Miami’s Metro Mall – which can potentially be the site of a major development – has been listed for sale.

Brokers told The Real Deal that it could fetch over $20 million.

Miami, September 22, 2017 – As Downtown Miami prepares for a wave of new development, one of the few remaining land sites in the area has hit the market, represented by the Urban Core Division at Colliers International. The offering includes the site of the existing Metro Mall, located at 1 NE 1st Street in the heart of Downtown Miami’s Jewelry District and earning the moniker “1st on 1st Street.” The 33,750 square foot lot offers interested investors multiple options for development, with generous vertical T6-80 zoning under the Miami 21 zoning ordinance.

1st on 1st Street is centrally-located in the burgeoning Jewelry District of Miami, within a four block radius of more than one hundred jewelry stores. The neighborhood is home to one of three jewelry districts in the United States and generated more than $850 million in sales during 2016 alone, signaling the continued upward trend of consumer spending and investment in the submarket.

“This is an opportunity to capture a piece of the future of Downtown Miami,” said Colliers International South Florida broker Mika Mattingly. “Each parcel downtown is really helping to paint the picture of the evolving urban landscape. As Downtown accelerates toward a true international destination, developers are capitalizing on the once-in-a-lifetime opportunity to shape their real estate and development opportunities around these new well-heeled customers and residents seeking the upscale urban lifestyle.”

Some of the best uses of the development property include mixed-use residential or special purpose office development. Backed by data showing a 150% population increase since 2000 and more young professionals moving to Miami, the demand for lower-cost living in the walkable urban core has also spiked.

On the flipside, the growth in population with disposable income has also resulted in an increased demand for retail and office space to serve this population. According to the Miami Downtown Development Authority, retail rents in downtown have risen by 28% over the past two years. Interested developers could leverage a special-purpose commercial development to cater to the unique interests and needs of this budding 24/7 community.

Downtown Miami is experiencing unprecedented transformation, reinventing itself into a major metropolis with more than 235,000 visitors on a daily basis. Fueled largely by its inherent walkability and connectivity, Miami Central Station will be located just two blocks west of 1st and 1st, connecting all existing public transit systems, including All Aboard Florida. Surrounding developments such as Brickell City Centre, All Aboard and the Miami World Center are bringing a new class of retailer to the market, while the area’s historic buildings add authentic appeal and an anchor to sense of place. 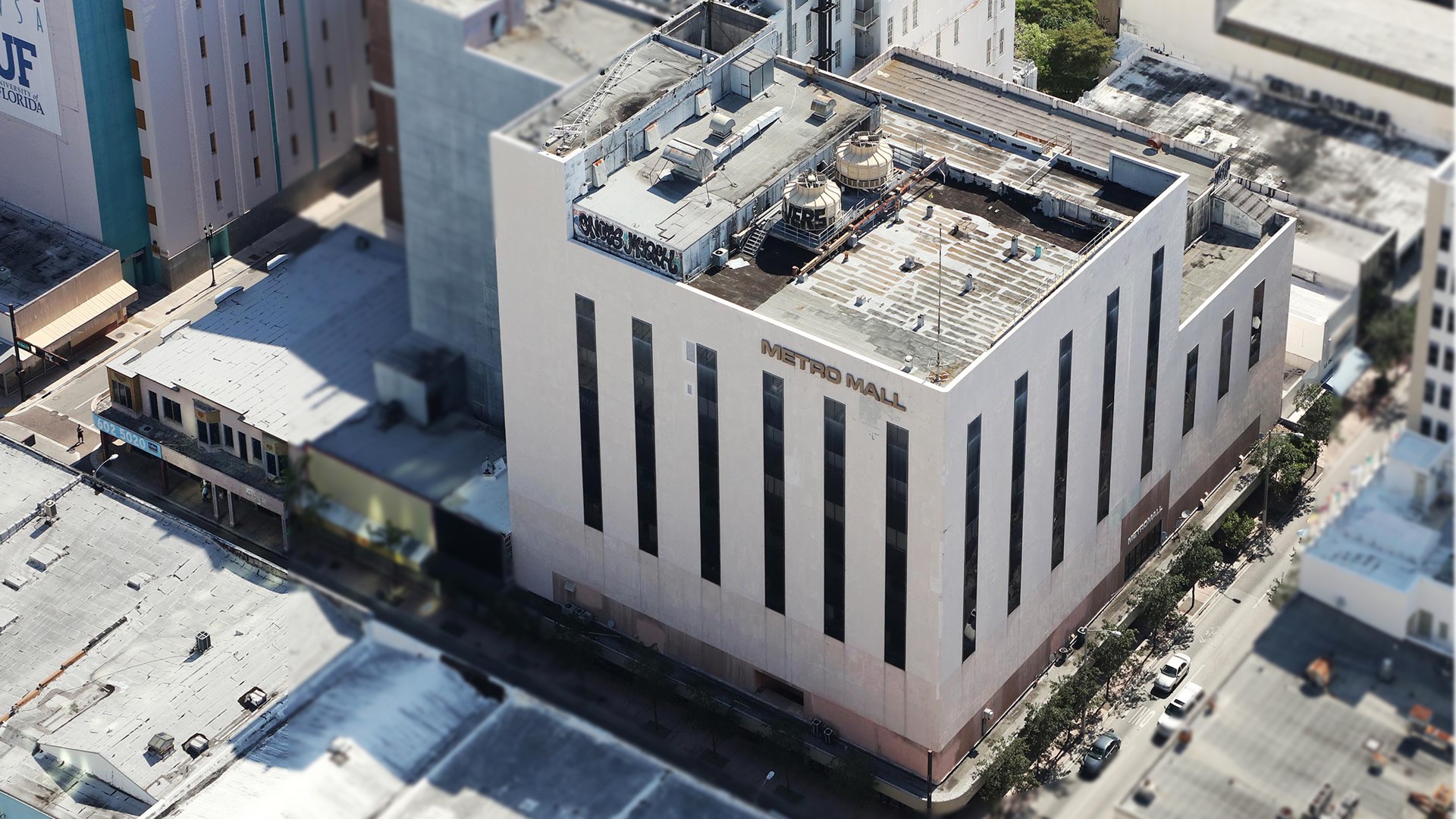