MIA Breaks Record Again For Busiest Day Ever, But Keeps Running Out Of Parking

Miami International Airport once again had its busiest day ever last week, but the facilities seem overwhelmed.

Sunday March 13 was the busiest day for passenger traffic in the airport’s history, according to a tweet from the airport the next day. MIA has broken its own record multiple times in the past year.

Later in the week, the airport advised passengers to arrive 2 hours before domestic flights, and 3 hours before international flights, due to the TSA being unable to keep up.

In another tweet sent later last week, the airport warned that its parking garages were completely full – something that has also already happened several times in the past year.

Social media users complained that some were parking their cars on curbs, while others said they missed their flights.

A presentation by the airport last year did not appear to show plans to build a new parking garage for the public at MIA.

The airport was only planning a new parking garage for employees, the May 2021 presentation showed.

There were also plans for two new hotels on what is currently a short-term and long-term surface parking lot and parking deck adjacent to the terminals. 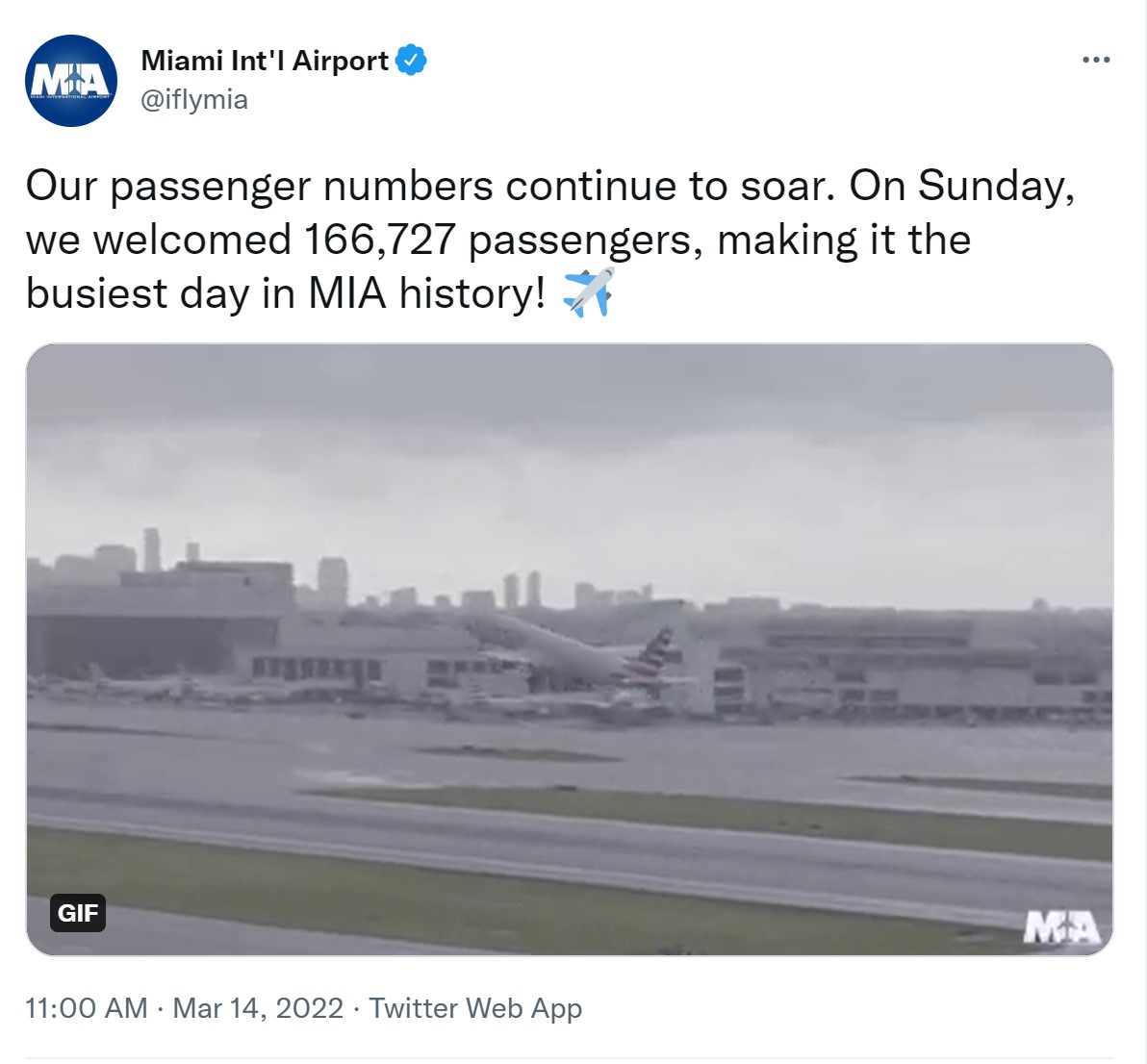 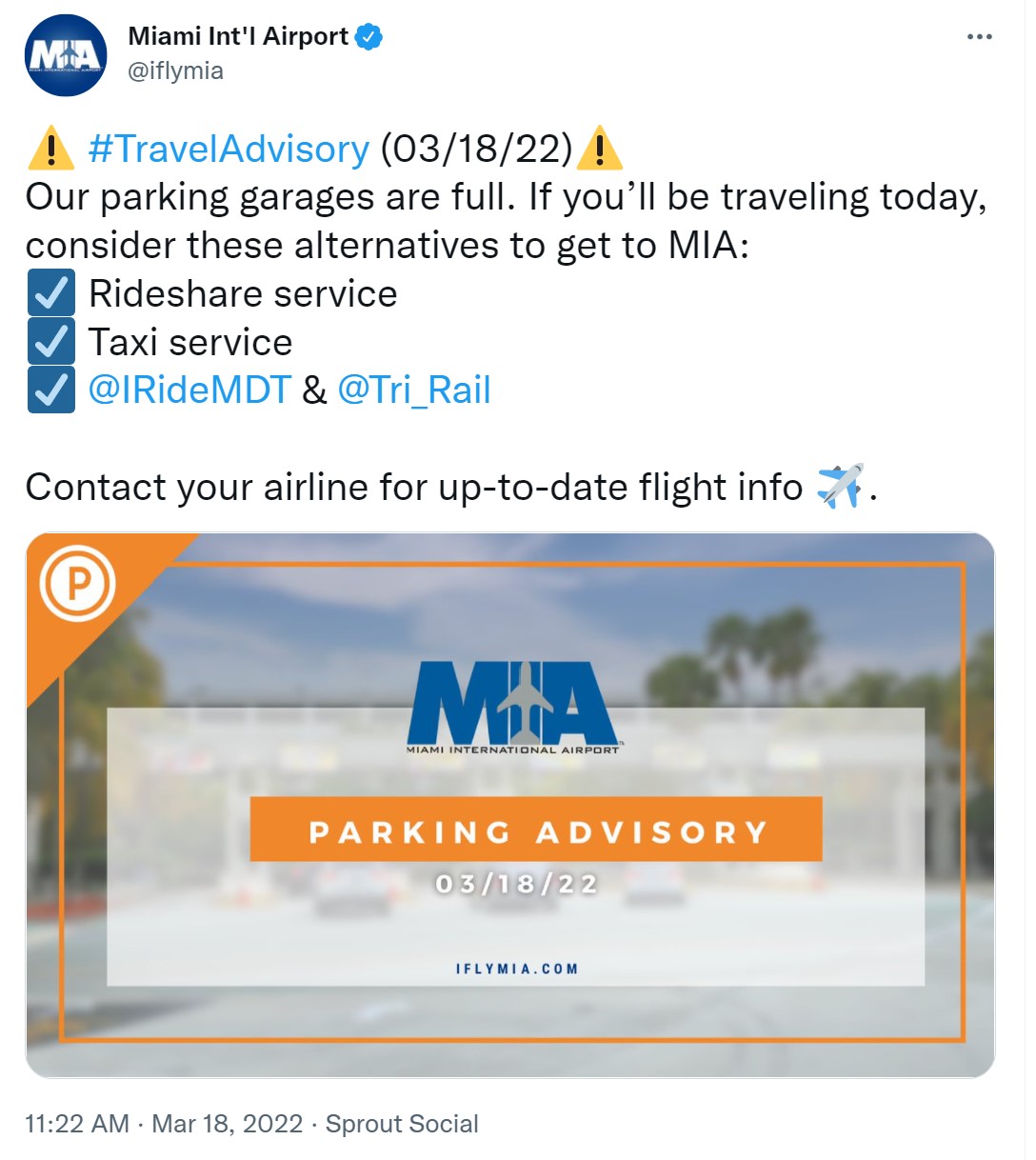 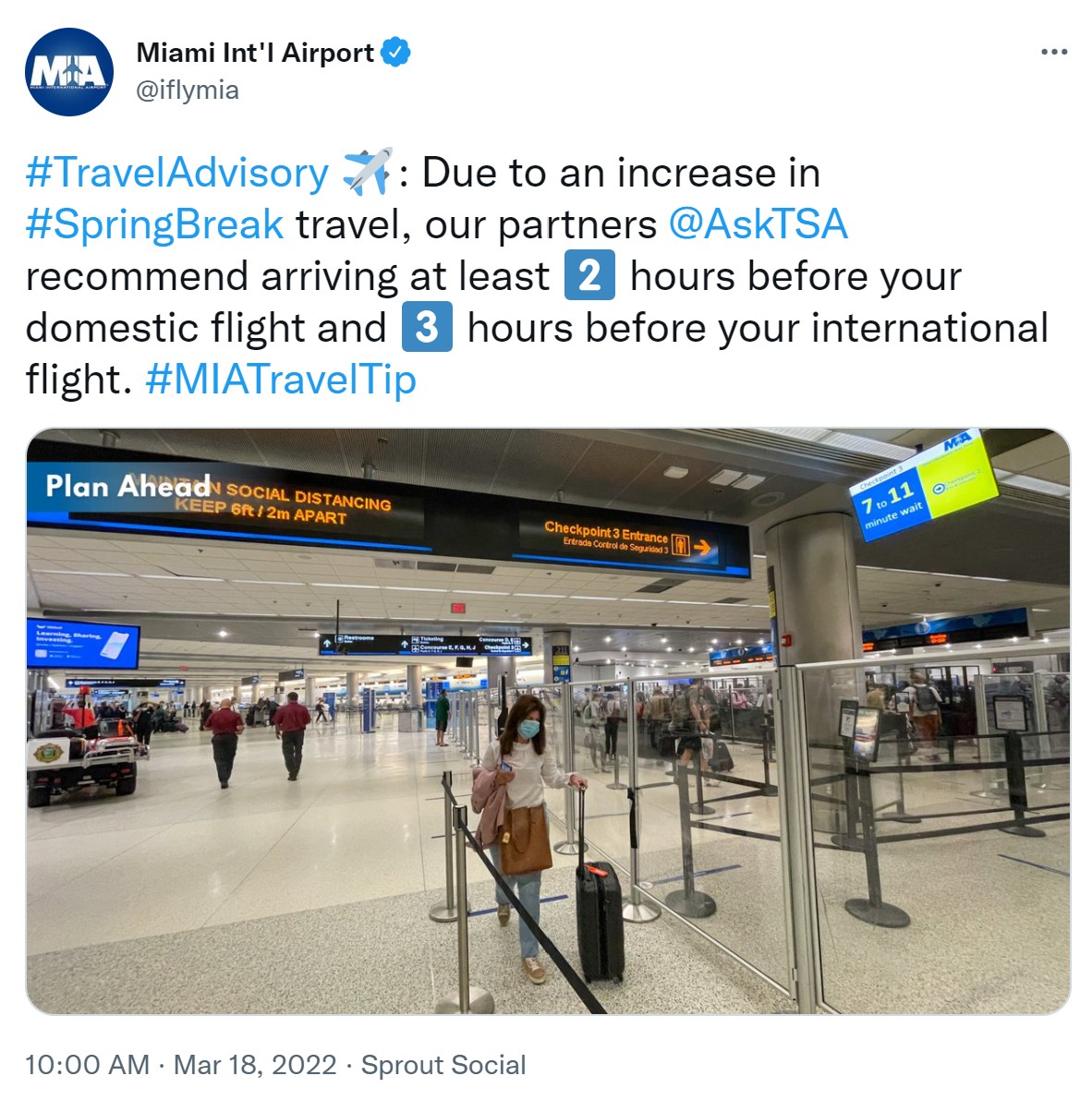