American also recently switched to a ‘peaking schedule’ at MIA, where flights land and depart at peak times rather than spread throughout the day, requiring more gate space.

To resolve this issue, airport officials are preparing to spend $65 million to ‘modernize’ the existing gates in Concourse E (some of which are already in use by American), and make them more efficient.

Since American is said to need the expanded space urgently, officials are planning to waive the normal bidding process and award the work to a contractor that just completed construction on the North Terminal. Dade commissioners must approve the waiver.

Up to three gates in the satellite terminal in Concourse E will also be used by American. A people mover system to those satellite gates is being replaced at a cost of $87 million.

In total, the airport is spending at least $152 million on renovating the outdated Concourse E, which is scheduled for demolition by 2032. 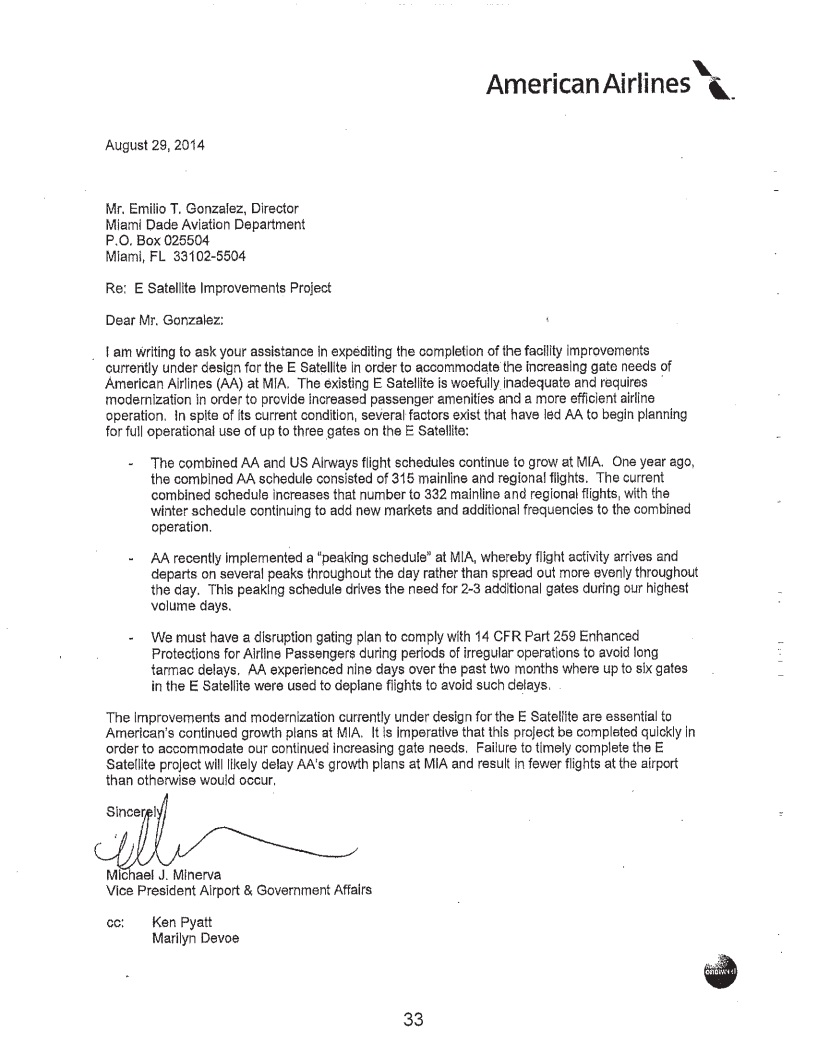