Developers are expected to complete 19,125 apartments in the Miami metro area in 2022, according to a new report by rentcafe.com.

Rentcafe also reported earlier this month that Miami remains the most competitive market in the U.S. for renters. In Miami, “the existing supply of rentals simply can’t keep up with sky-high demand,” the website said.

Just two other metro areas are expected to build more apartments than Miami this year: New York (28,153) and Dallas (23,571). By comparison, Miami ranked sixth nationwide in 2021.

The city of Miami itself will see the most new rental units in the metro area this year by far – nearly eight times more than second place Fort Lauderdale, the report said. 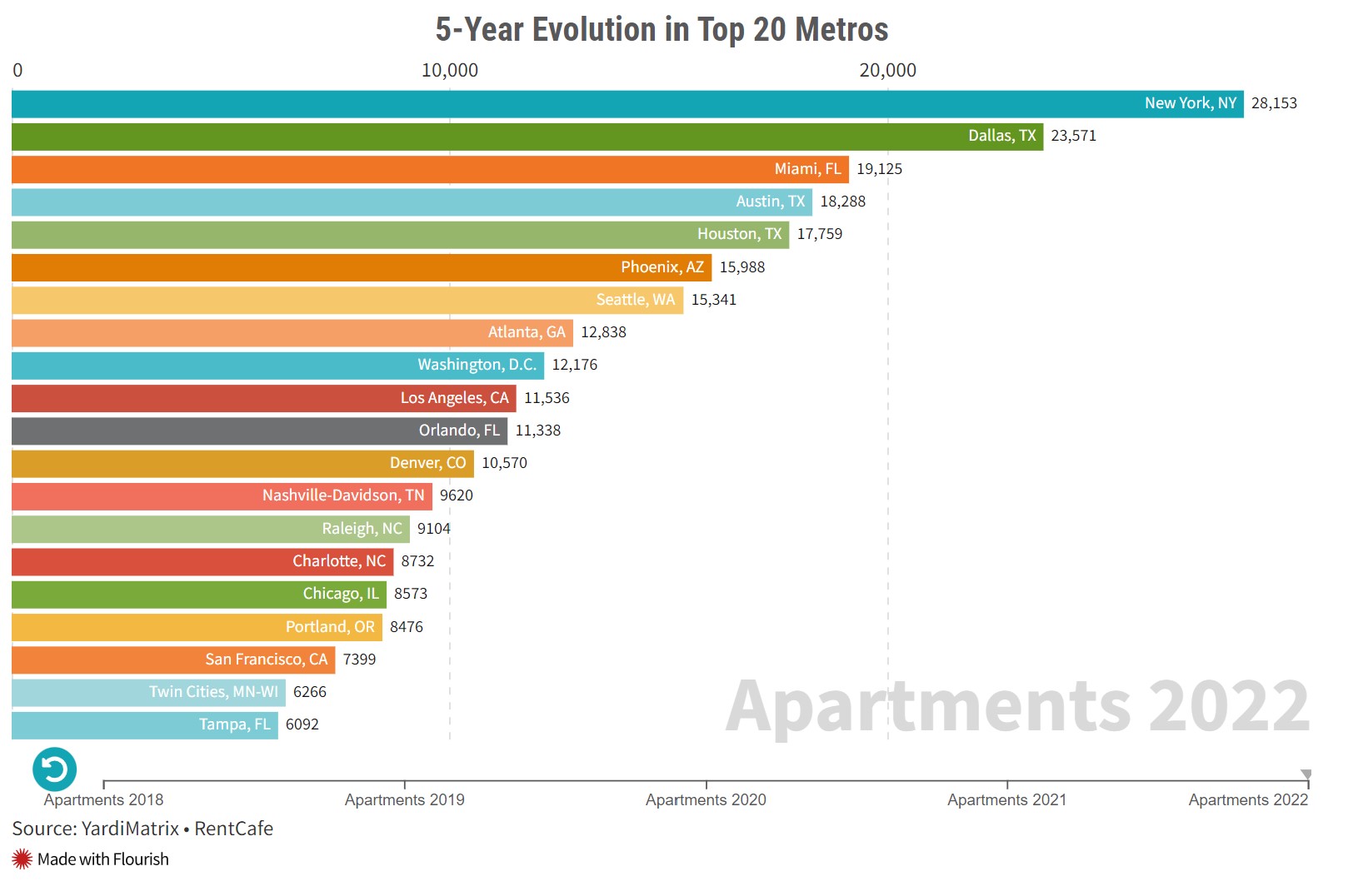