Completion will allow for the start of construction of a new 5.8 acre park being built as part of the project, on what is currently a construction staging area. Opening of the park is now scheduled for June 2019.

Construction on the convention center began in December 2015. The contractor now says that substantial completion is set for October, two months later than originally planned.

The delay will not affect any shows, including one set for September, according to Re: Miami Beach.

Landscape design of the new park and the areas around the convention center is by international landscape architect firm West 8. Photos this week show that palm trees have already been planted around the building. 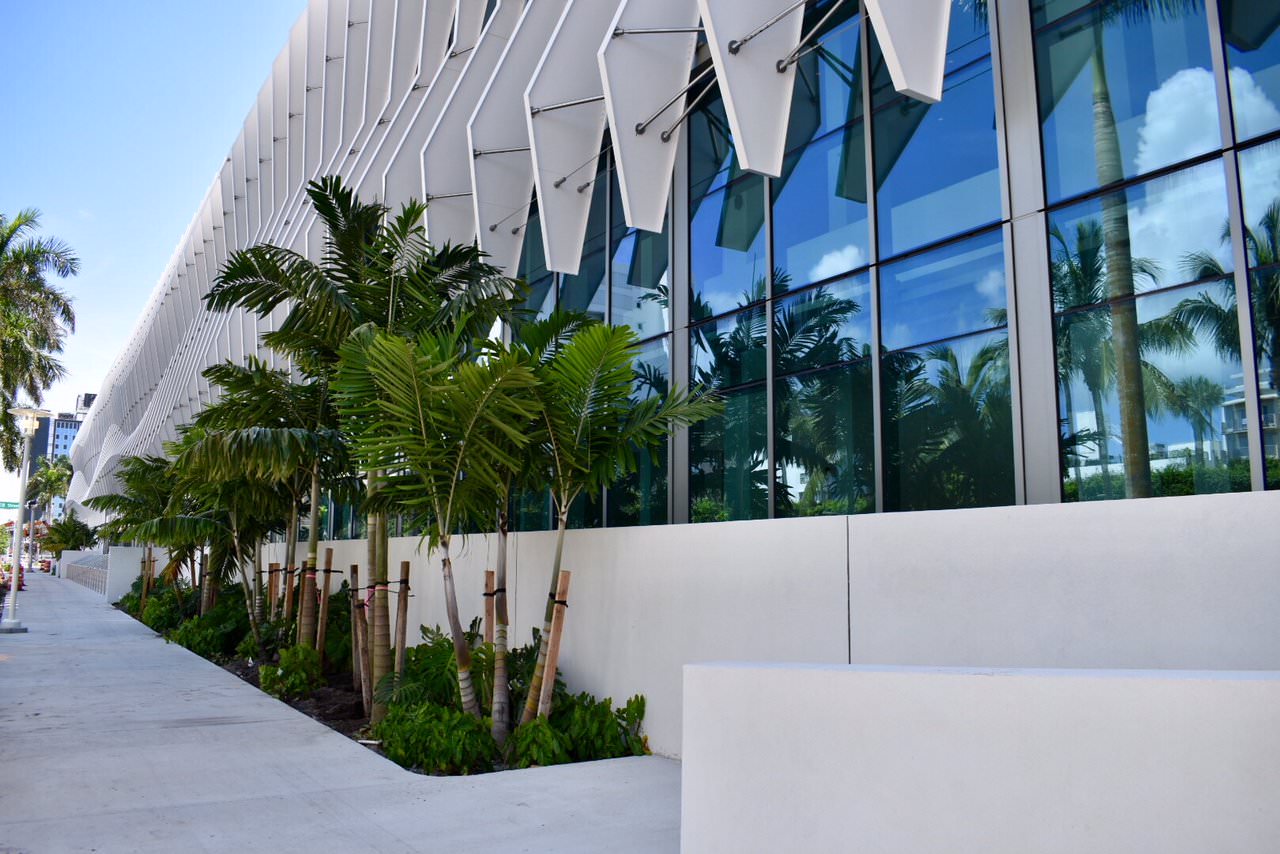