Miami Beach’s mayor says that city administration has negotiated a deal with Crescent Heights to build a 42-story condo tower on Alton Road.

Mayor Dan Gelber says that a currently approved low-rise apartment complex would create a wall effect on West Avenue, and is advocating for the taller structure instead. The new plan would include a 2.5-acre park donated to the city.

The currently approved project also includes 510 apartments, which are likely to be fully occupied and create “congestion.” The taller building would have the benefit of less congestion, thanks to non-resident investor owners who rarely use their condos, Gelber wrote.

Approval from the city commission and several committees will be needed.

A letter from the Mayor yesterday:

Here is an update on the status of the potential development of the three-block lot between Alton and West Avenue from 5th to 7th streets.

Over the last few months there have been ongoing negotiations with the developer, as well as neighborhood and community groups, interested in this important parcel.

Currently, the area’s height limitations and applicable FAR (Floor Area Ratio “FAR” is the way the city’s development code constrains the amount of building on a specific parcel of land) would allow the developer or subsequent developer to build low-rise buildings throughout the three lots that would have between 485 and 510 units. If this project were to be developed, I believe it would increase congestion and create a “wall-effect” along West Avenue. This project was approved through the City’s permitting process years ago so absent action by the Commission, this is what we will have to live with.

So after a few months of discussion and after numerous resident meetings with the developer and city officials, and city meetings discussing the item, here is where we stand:
The developer has agreed to donate to the City almost 2.5 acres of land along West Ave between 6th and theoretical 7th Street for a public park to be owned by the city. The size of the park would be substantially larger than the original offer that was between 1- 2 acres. By way of comparison, the park would be bigger than Fisher and Normandy Shores parks and only slightly smaller than Marjory Stoneman Douglas Park.

The park would be at grade (street level). Previously, the developer had proposed a raised park so that a parking lot could be built under it. I think a park at street level provides a more approachable experience for residents. So this is a good accommodation.

The developer would build a narrow single story commercial plaza on the east side of the 6th street parcel, which would likely include cafes and other establishments (including space for community activities) that would activate the park. Many of the nearby residents wanted this strip to buffer the park from Alton Road and to activate the park. The developer did agree to reduce the intensity of this strip and also agreed that no residential units would be there, which was a concern of the neighbors.

The tower will be situated in the northeast corner of the 5th street lot. That seems to be the place the nearby residents wanted it situated to avoid impairment of sight lines and view corridors.

The developer has agreed to limit the residential units to 400, which is substantially lower than the 510 units which are currently approved. Further, because a tall tower overlooking a beautiful park will likely attract non-resident investors, it is likely many of the units would have sporadic or part-time tenants, thus, decreasing congestion.

The developer has agreed to reduce the commercial intensity of the project by 50%.

The developer has agreed to provide an easement on his property to allow for a connecting pedestrian walkway over 5th street, and to dedicate land on the south side of the 5th street parcel for an extra turning lane to help alleviate congestion at that corner.

In order to comply with his commitment to the Floridian building to provide parking, the developer will build parking under the commercial plaza on 6th street. This should not impact the enjoyment of the park and allows us to keep the park at grade level.
These are only preliminary terms open to negotiation and reconsideration and have not been approved by anyone at the City.

At the next City Commission meeting on July 25th, I will ask the Commission to direct the City Manager to pursue a development agreement with the developer, and bring a term sheet outlining the major business terms of the transaction for consideration to the City Commission’s Finance Committee at its meeting on Friday July 27. It is currently in the Land Use Committee.

After that, if the terms are recommended, it will go to the full City Commission and require two separate public hearings before the Commission in order for it to be approved. If approved the development will have to go through our normal Land Use Board’s approval process.

My hope is that the existing shell of the South Shore Hospital could be removed and the new park and commercial plaza would be developed and completed quickly independent of the timeline of development of the 5th street tower.

I want to stress that nothing has been agreed to but, at this point, the prospect that within 2 years our City could have a brand new park of almost 2.5 acres available to our residents – in a neighborhood that has very little greenspace – is worth pursuing.

Thanks to the various community and neighborhood groups from north and south of 5th street that continue to engage and inform this process. 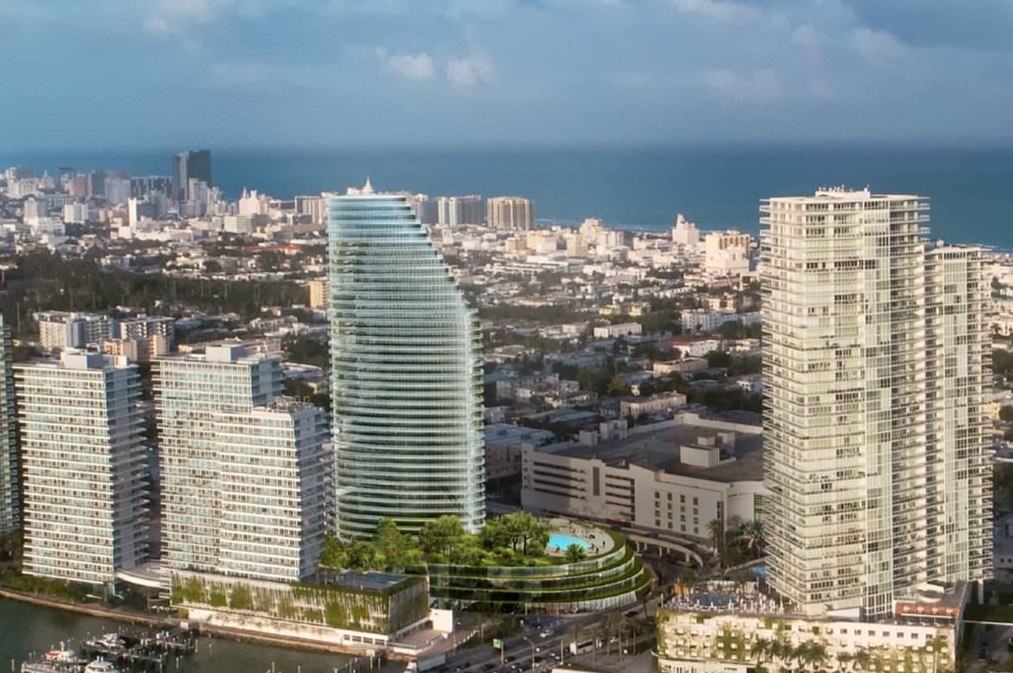