Miami Beach has been planning to build a brand new park in front of the rebuilt Convention Center, replacing ugly surface parking lots that have been there for decades.

The problem: Design Miami, an annual five-day furniture fair founded by developer Craig Robins, wants to use the land for at least the next ten years. The currently approved plans for the new park include too many trees, leaving too little space for the fair.

To accommodate Design Miami, city administration officials are recommending a redesign of the park by landscape architect West8. A portion of the tree canopy will be permanently removed to allow more room for the show tents.

Open lawn space will triple in size in part by removing trees, under the revised plan.

For the 2017 lease, Design Miami will occupy the property for about two months, from October 23 to December 21, to allow for set up and removal.

Miami Beach commissioners will discuss the redesign at a commission meeting July 26. 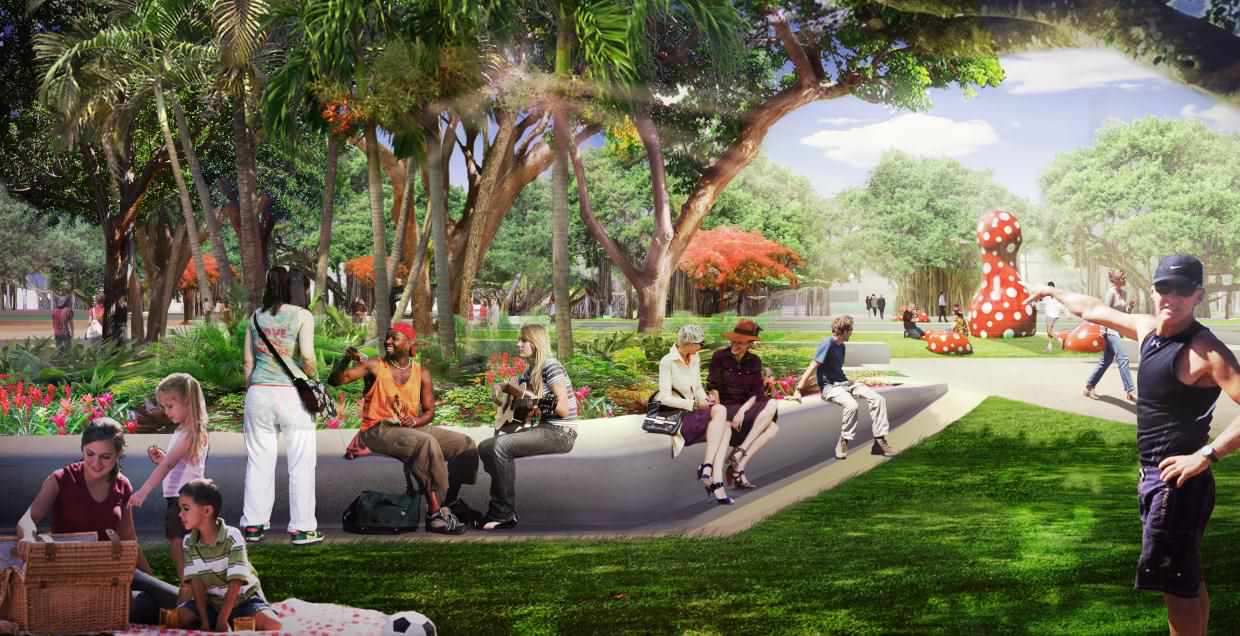