Miami Beach is finally ready to begin construction on a new park in South Beach, after using the land for years as a construction staging area for the Convention Center.

For now, it is named the P-Lot Park. According to a memo prepared by city manager Jimmy Morales, construction documents needed to build it are now complete and being issued for permitting this week.

Landscape architect West8 is designing the new park. The firm also designed the Miami Beach Soundscape in front of the New World Symphony.

An Invitation to Bid on construction of the new park is scheduled to be issued to contractors in November, with groundbreaking in the first quarter of 2019, Morales wrote.

The city appears to be giving priority to real estate developer Craig Robins’ Design Miami furniture show held in December. Crews will begin loading in next week ahead to prepare for a show in December, tying up the land for around two months.

The final design park itself was redesigned for more open area and less tree coverage in the center of the park, in order to accommodate Design Miami.

Completion is scheduled by fall of next year, in order to give enough time for Design Miami to set up. Going forward, Design Miami will occupy the park for two months of every year, including setup and take down. Design of the park before changes made to accommodate the Design Miami furniture show: 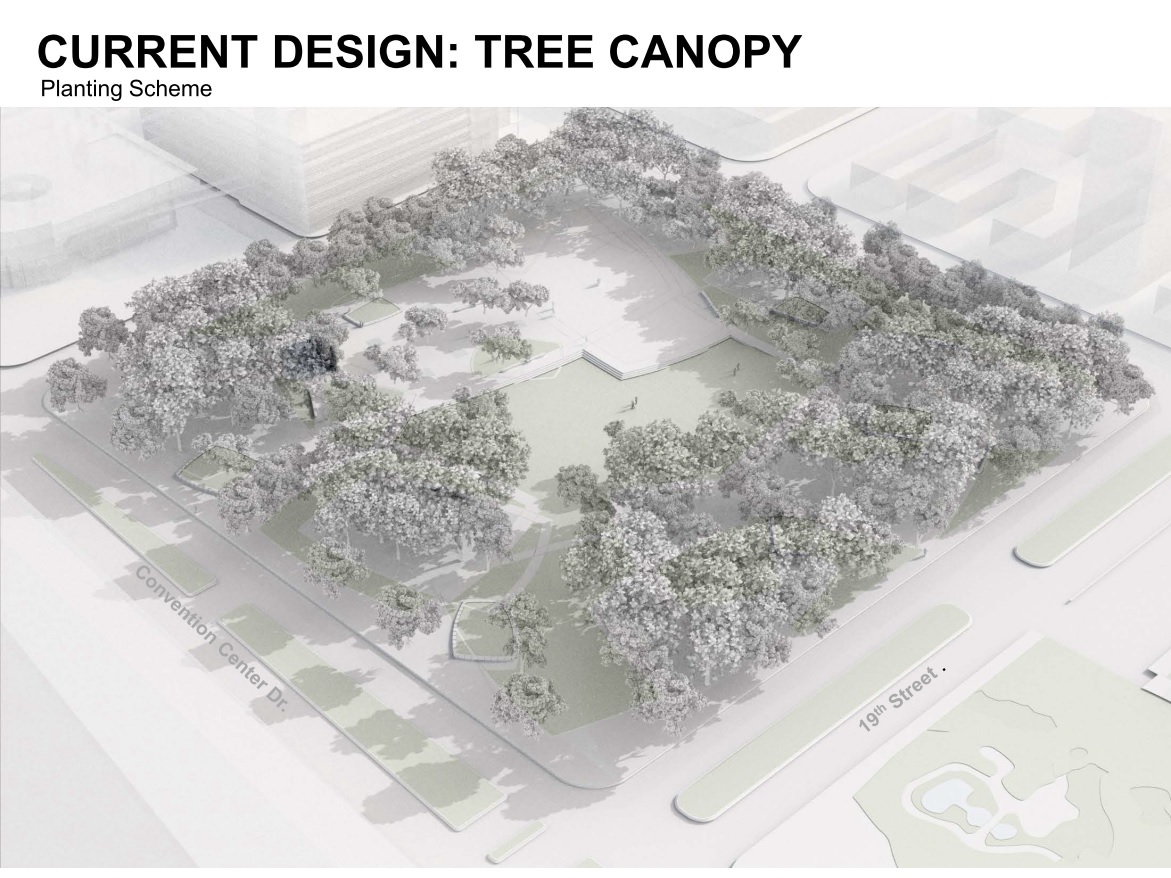 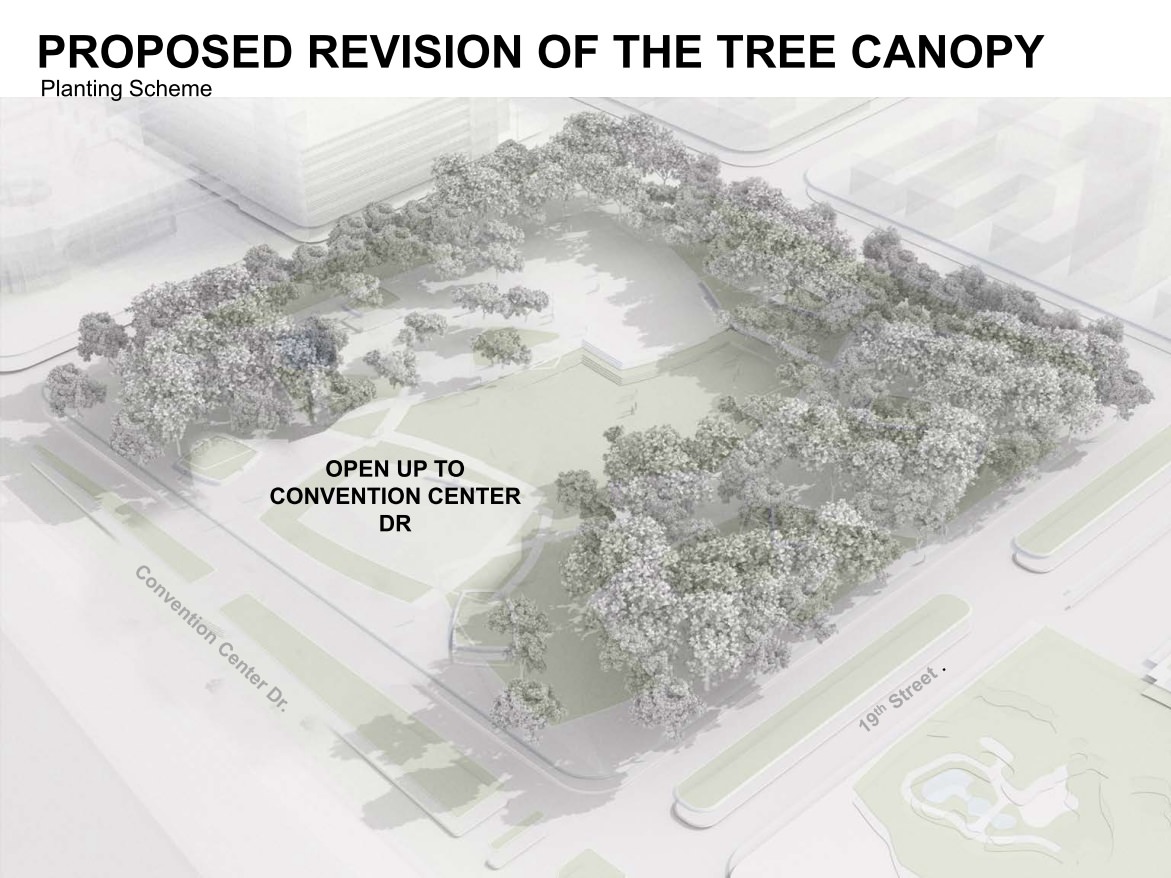