MDM’s proposed 1,800-room convention center hotel at Miami Worldcenter will be delayed at least three months after the Planning, Zoning and Appeals Board deferred a decision yesterday on zoning changes needed for the project.

Opponents that spoke at the meeting included Paul Savage, a lawyer who represents Aramis Lorie, Mark Lesniak and Brad Knoefler, operators of Grand Central Lounge and Grand Central Park. Savage has filed a separate appeal challenging the board’s April decision to close streets for the mall at Worldcenter, which is to be built by another developer. Savage is also representing his clients in multiple lawsuits that have been filed by and against Worldcenter.

Miami planning director Francisco Garcia told the board that his department had worked diligently on the Worldcenter Expo Center zoning code, and didn’t see what could be gained by deferring approval. Nevertheless, the board voted 4-3 to defer a decision until September. 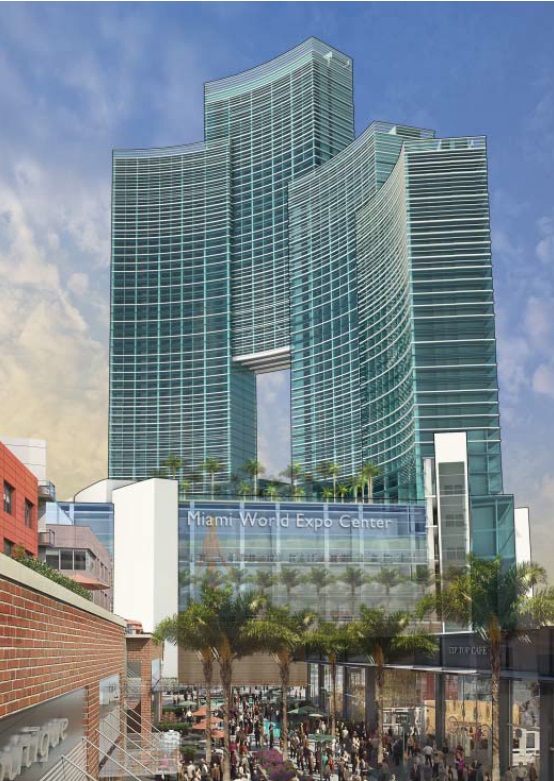