City of Miami commissioners are scheduled to vote on a resolution next week that could advance the Beach Corridor rapid transit link.

In 2016, Miami-Dade, Miami Beach, Miami and Florida Department of Transportation officials signed a Memorandum of Understanding with the goal of advancing the project.

Now, the partners want to establish a multi-agency partnership to advance those plans. Up to $10 million in funding would be provided from the partners, with the goal of completing studies that could eventually lead to federal funding for the project.

According to the resolution, the goal is for rapid transit service to be built from 5th Street to the Convention Center in Miami Beach.

The project is also part of the streetcar plan in Miami, from downtown to Midtown. 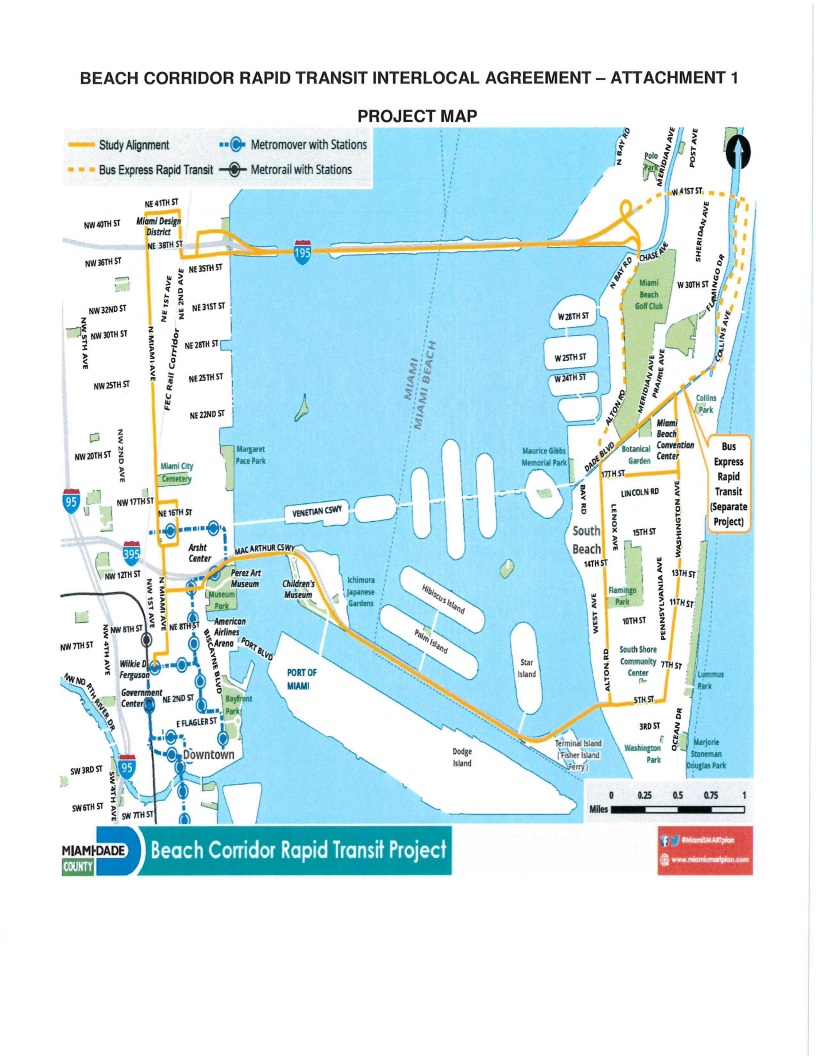