Electric scooter companies have been ordered to shut down by Miami commissioners, according to the Miami Herald.

Prior to the shutdown, Miami had 3,957 e-scooters on the street. The city had more scooters than any other in the U.S., according to Bloomberg.

Commissioner Ken Russell represents the district where the scooters were located and voted to keep the program.

Alex Díaz de la Portilla, Joe Carollo, Manolo Reyes and newly elected commissioner Christine King voted against the scooters. All represent other districts than the one where the scooter were actually located.

Díaz de la Portilla who was previously a swing vote on the matter, led the charge to shut the program. He claimed he saw kids using the scooters on Biscayne Boulevard, saying it was an accident waiting to happen.

The scooters had been operating under a pilot program.

Commissioners say they are worried that scooter riders will crash into vehicles. Critics also say they litter the sidewalk.

Proponents of the program say it it serves as a good last mile transit option.

The pilot program also raised $2.4 million in revenue for the city to build bike lanes.

City staff is still moving forward with plans for a more permanent scooter program, but it now isn’t clear if there are enough votes for it. 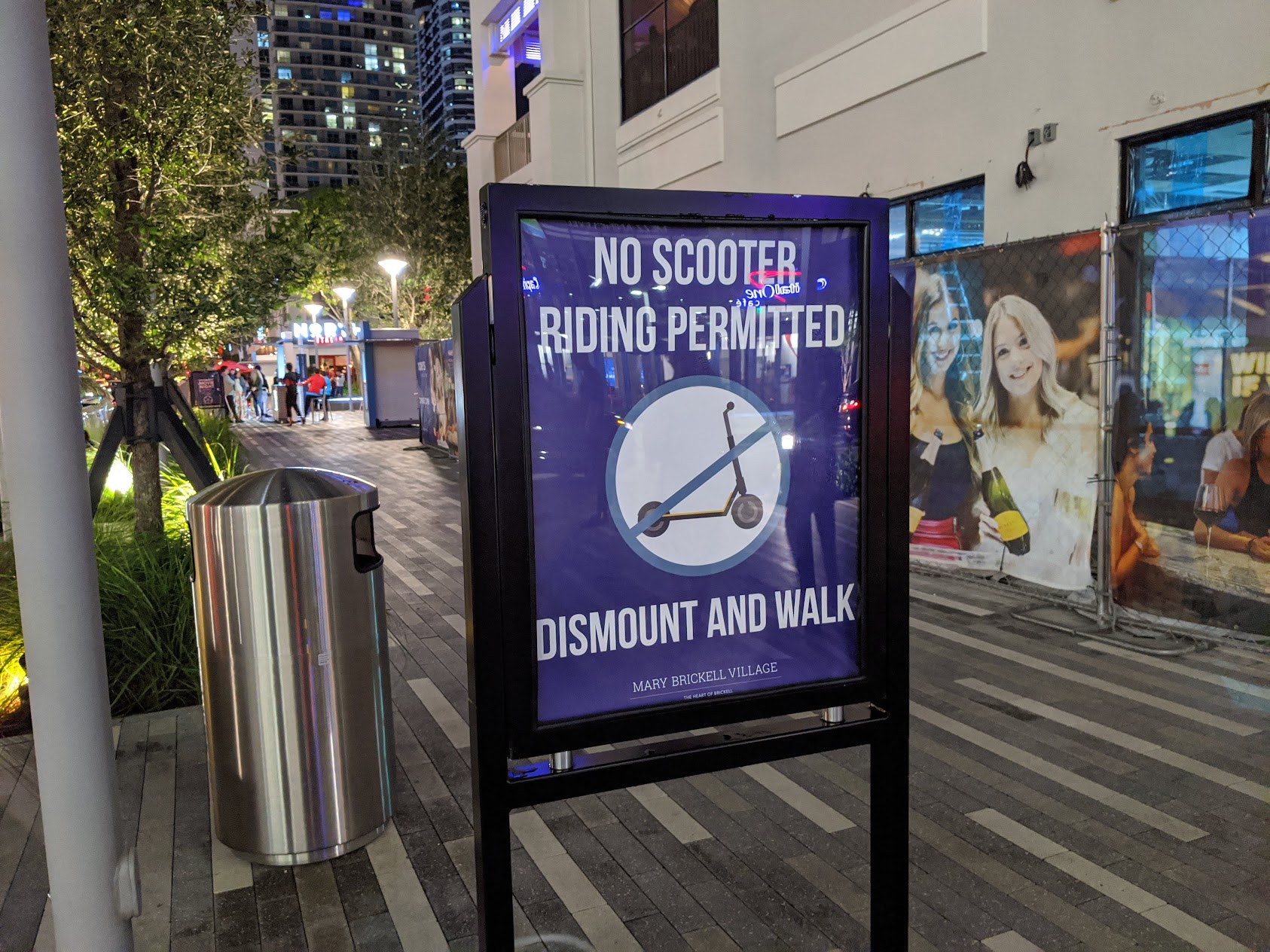