Miami-Dade Board Endorses Monorail & Metromover To Miami Beach, Plus Metromover Extension To Wynwood

Several key components of the Beach Corridor transit system were approved by the governing board of Miami-Dade’s Transportation Planning Organization at a meeting last week, according to the Herald.

Metromover or monorail to Miami Beach

The TPO approved the county building either a Monorail or Metromover from Miami to Miami Beach.

Genting has proposed building a privately operated monorail system on the route, with a station on its property that would connect to the Metromover system. The county is now accepting competing bids before voting on whether to accept Genting’s offer, with proposals due in March.

Metromover to Miami Beach is forecast to have higher ridership if built instead of a monorail, but it will also cost more to build and operate, and there are no private bidders for it.

In Miami Beach, the line would end at 5th street. A trolley system with dedicated lanes could be built from there to the convention center.

Metromover to Wynwood & the Design District

The TPO also approved a plan to build a Metromover extension from downtown Miami through Wynwood, Midtown Miami, and ending at the Design District.

It would cost $407 million to build the extension.

Although it has now been approved by the TPO, the Herald notes that Miami-Dade commissioners have not yet considered the Design District extension and it remains hypothetical. 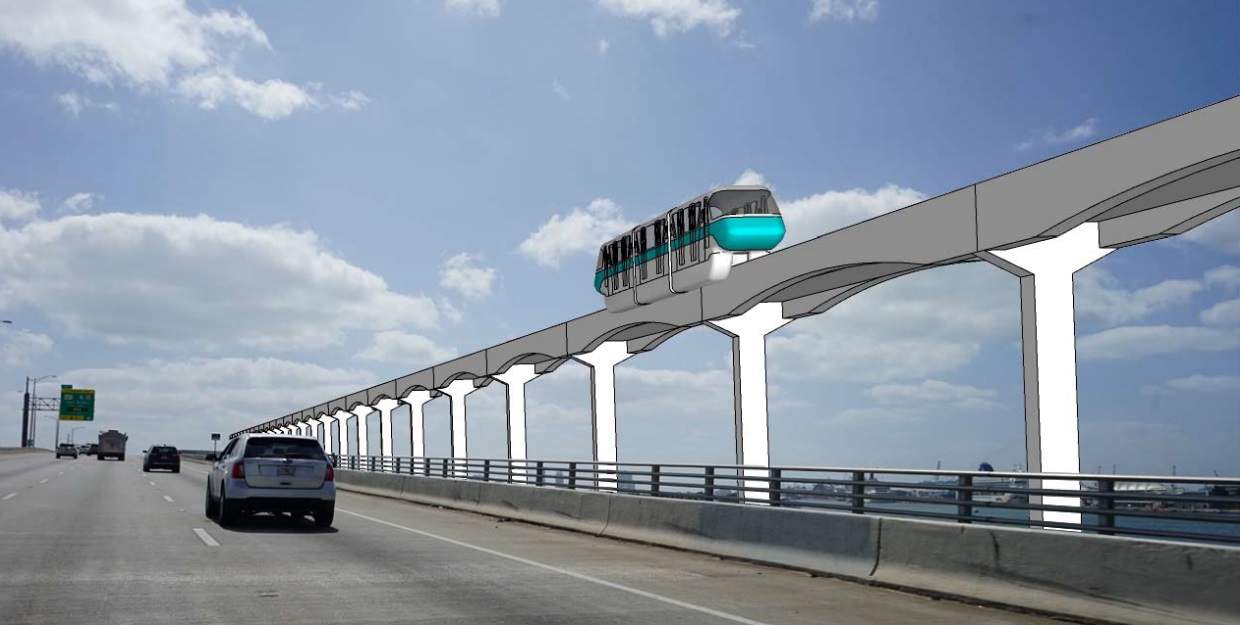 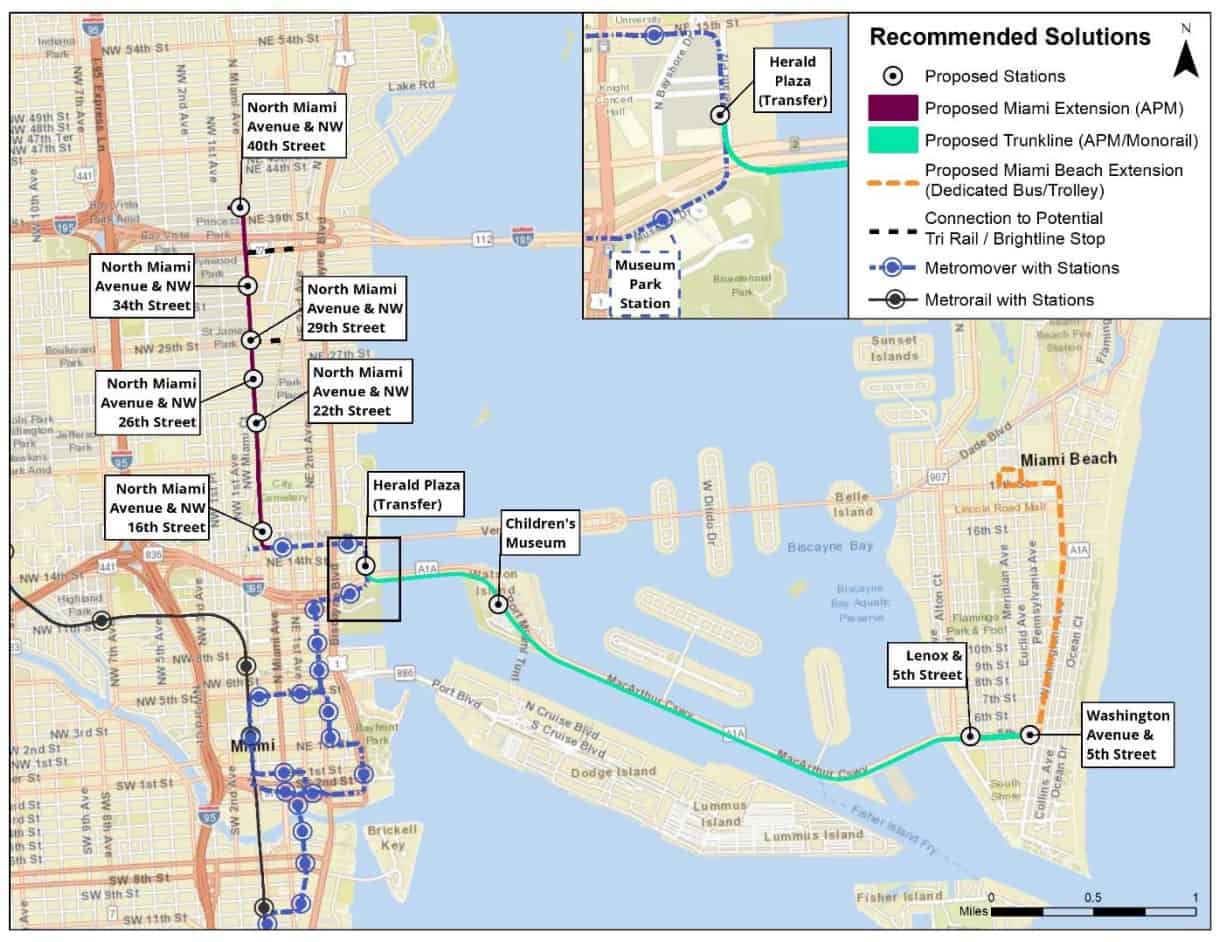