The areas near transit corridors in Miami-Dade could be upzoned to allow significantly more housing units, under a draft county resolution.

The Rapid Transit Zone resolution was prepared by County Commissioner Oliver Gilbert and first reported by the Herald.

Developers may be permitted to build as high as 6 to 15 stories and either 18, 36, or 60 units per acre in certain areas. Local zoning rules would be preempted.

A total of 12.5% of units would be required to be set aside for workforce housing.

In addition to Metrorail, it would also apply to all new corridors of the SMART Plan.

The upzoning could allow for the county to win federal funding for transit routes.

However, it could be opposed by cities like Miami Springs and Pinecrest, as well as commissioner Raquel Regalado.

Here’s an excerpt of Gilbert’s response to Regalado’s opposition:

We can no longer afford a not in my backyard mentality. We are one community we must act communally and collectively- This is especially true if we expect to garner funding from our federal and state partners. Over the last 20 years we’ve watched our population and traffic congestion increase. We have watched as development happens in a non-coordinated, non—comprehensive way. We’ve watched as housing prices outpace wages. We have watched urban sprawl as a countywide default development strategy. The time for watching has passed, action is required. The time never seems right to do something that’s big and difficult, but necessary. This RTZ amendment is big and difficult and necessary to accommodating our growth, while stopping our continual decline into traffic congestion and gridlock. It is always easier to talk more and study more even when the path is clear, and the journey required. We have had millions of dollars in studies and decades worth of conversations, we know what we have to do. There will always be people that are vested in the world that we are and disfavor the world that we must become. This is true even when our situation is not sustainable or our tomorrow resilient. If we are to guarantee a high quality of life for generations of Miami Dade Residents to come, we must act.

The areas along both the existing Metrorail and future SMART routes would be upzoned: 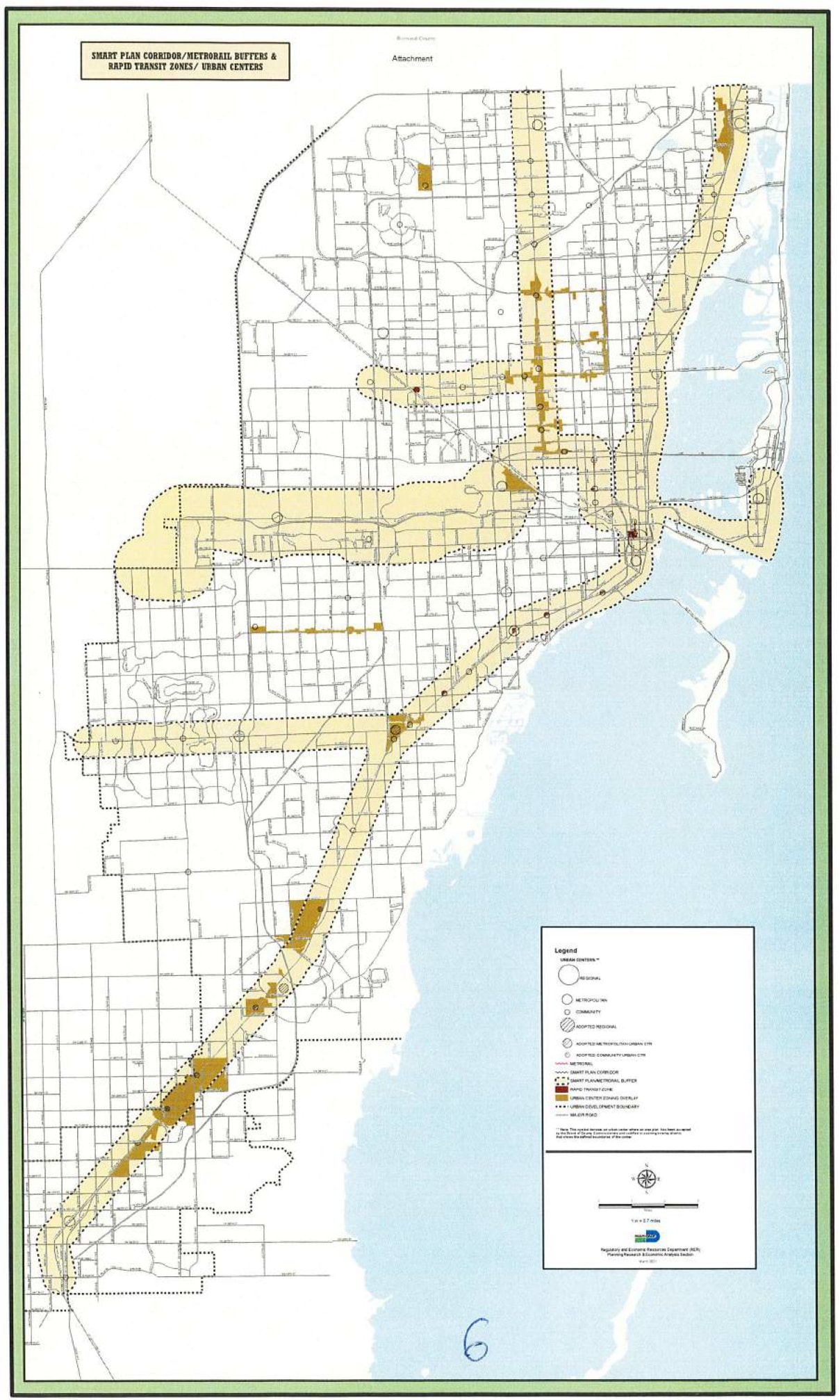