Miami-Dade taxable property values are now at their highest level ever.

As of June 1, overall values are estimated to have risen 6% compared to their level 12 months ago to $291 billion, according to the county’s Property Appraiser.

Excluding new construction, the increase was 3.9%.

The number is a new nominal record, and just about equals the inflation-adjusted record of 2007 and 2008 when values were at $245 billion. According to the BLS, $245 billion in June 2007 dollars is worth about $294 billion today.

the newly opened four seasons in surfside added $1 billion to the property rolls: 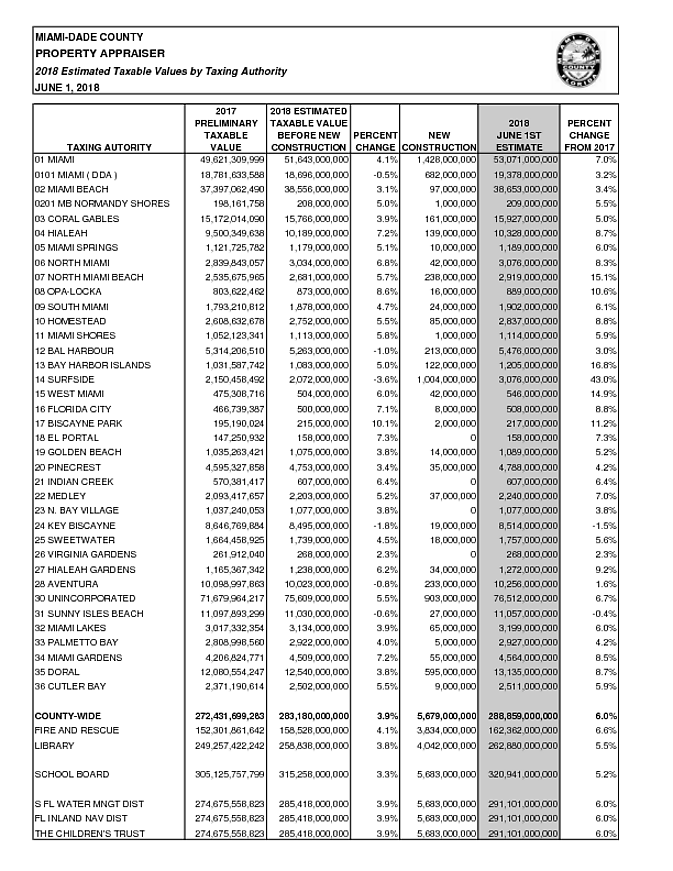