The study was released on January 23, and prepared by Parsons Corporation.

An Automated People Mover extension is recommended to be built from the School Board Metromover station to the Design District, through Wynwood and Midtown Miami (the Metromover is itself a people mover).

A “trunkline” From South Beach to the mainland is recommended to be built as either an elevated rubber tire vehicle, or a monorail.

Stations for the trunkline would be at a proposed Herald Plaza (Resorts World) site, next to an existing Museum Park Metromover station. In South Beach, it would end at Washington Avenue and 5th Street.

A train system won’t run through the South Beach historic district. Instead, the report recommends building dedicated lanes on Washington Avenue for a bus or trolley that would run from the 5th Street station to the Convention Center.

Miami-Dade’s Transportation Planning Organization Governing Board is scheduled to vote January 30 on a recommended solution, and the county will recommend that the board adapt the proposals in the study. 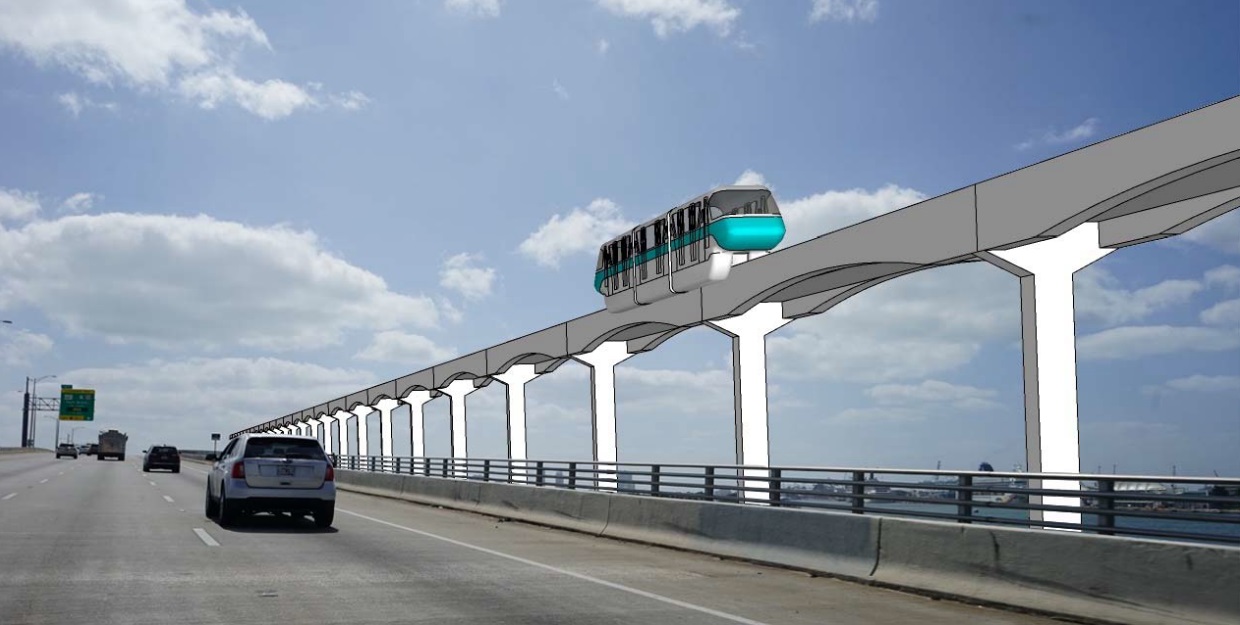 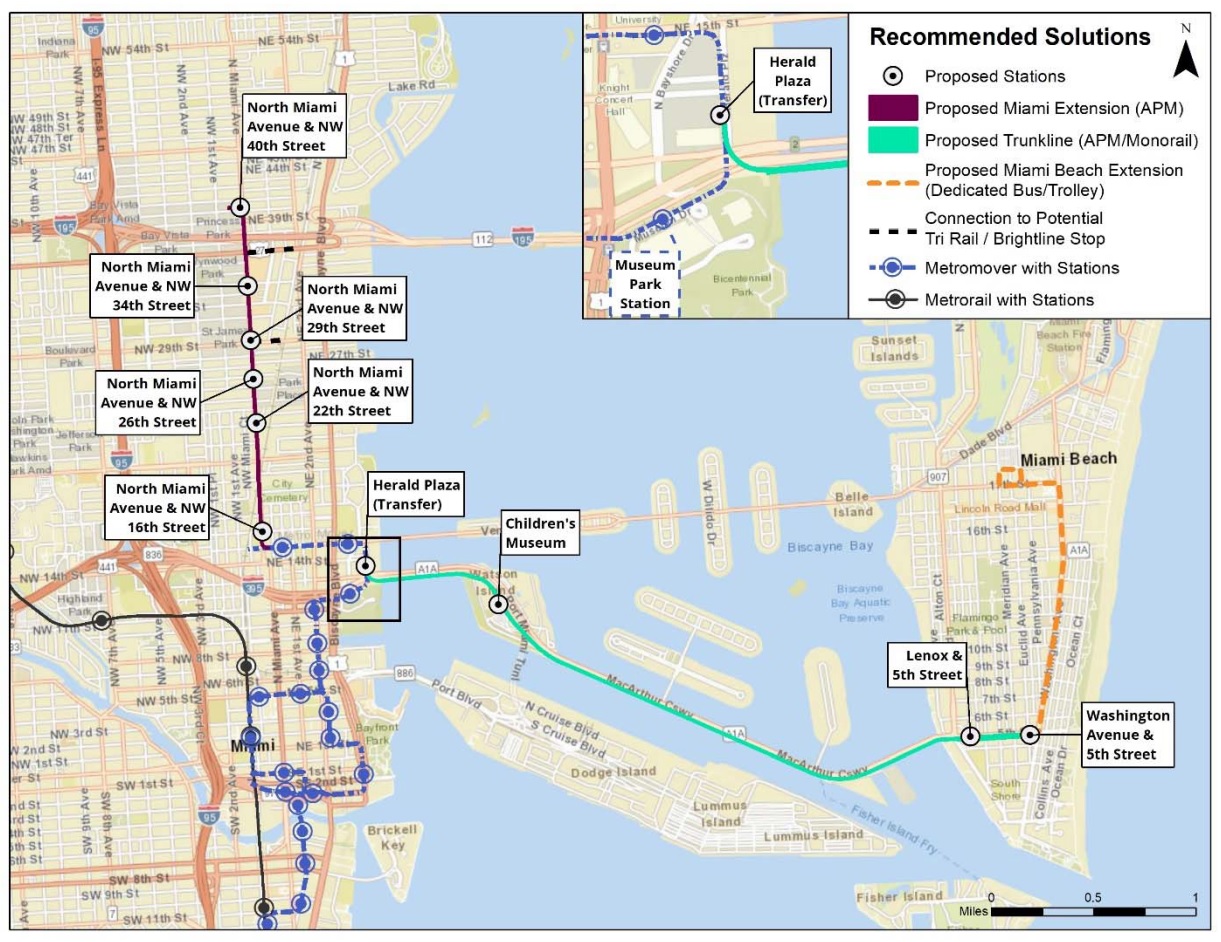