Miami-Dade commissioners voted yesterday to commence the bidding process for the Miami to Miami Beach mass transit project, according to the Herald.

A decision is expected in the spring of 2020, after a six month bidding process.

Genting will be allowed to compete in the bidding, after jump-starting the process by submitting an unsolicited proposal earlier this year.

Trains manufactured in China will not be permitted. However, a July letter from Genting stated that its partner is BYD North America, which is Buy USA compliant (it isn’t clear if this will be acceptable to the county.) BYD trades on the Hong Kong Stock Exchange, is majority owned by U.S. shareholders., and has bus manufacturing facilities in the U.S.

Proposals will be accepted for an at grade bus system, as well as a Metromover extension, monorail or light rail. Bus is almost certain to come in cheapest, giving it an advantage in the final rankings.

Yet another major transit line will also be put out for bidding soon. The North Corridor, which could eventually connect to Fort Lauderdale, will be ready for bidding as soon as October, Mayor Carlos Gimenez said.

The July letter stating that BYD is Buy America compliant: 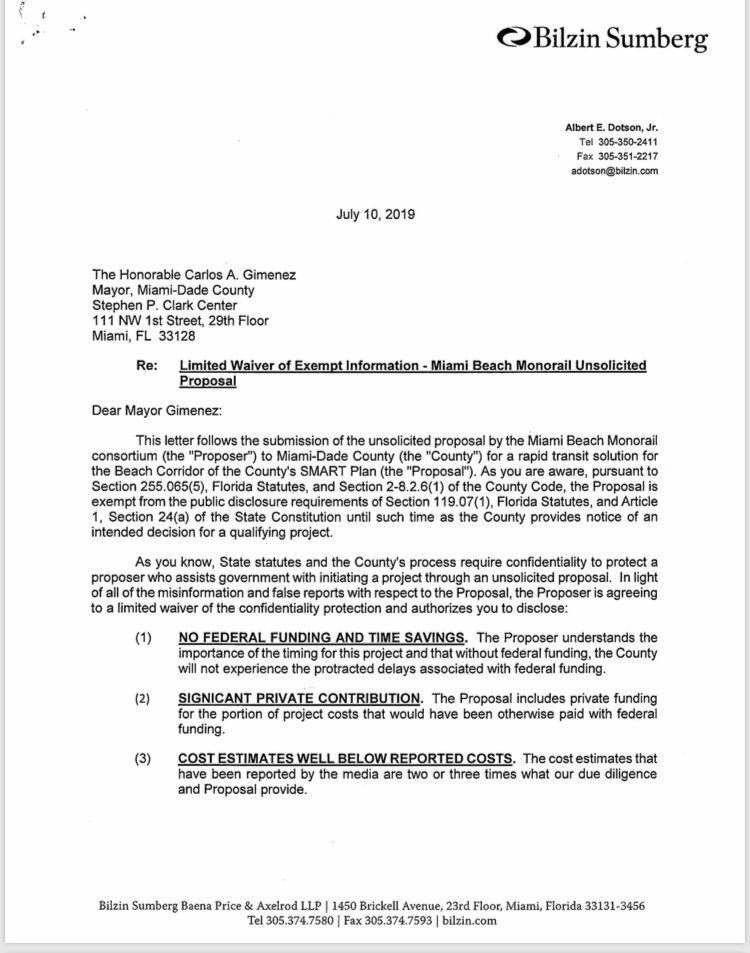 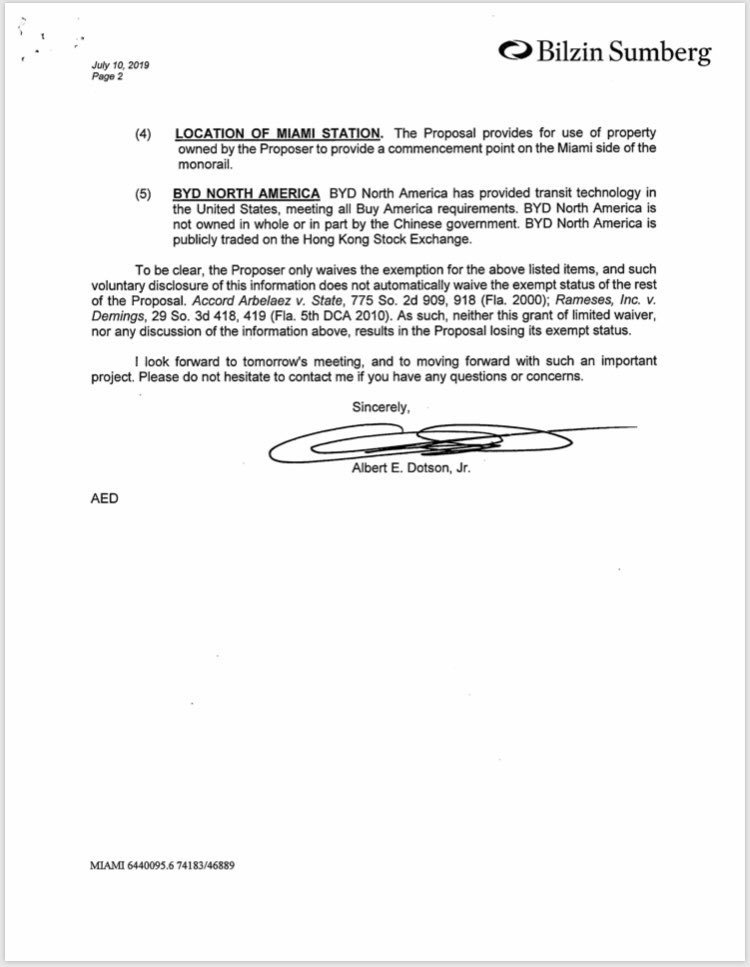