The new mayor of Miami-Dade says she wants the county to consider adding shore power at PortMiami to reduce pollution.

Mayor Daniella Levine Cava told the Herald that she plans to revisit the issue now that she is mayor.

An executive for Carnival Corporation also told the paper that the company is in favor of building shore power. That is despite the fact that it would be slightly cheaper for cruise companies to continue running their engines while in port rather than hook up to the electrical system.

Pollution from cruise ships clogs the air in Miami, with up to nine ships docking daily

A single cruise ship docked for one day at the port can spew diesel exhaust equivalent to 34,400 idling tractor trailers, according to an analysis confirmed by the EPA. In Miami, as many as nine ships are docked in a day, which could equal as many as 309,600 running trucks.

The cost to install each shore power hookup is about $20 million, plus another few million for power lines and substation costs, the Herald wrote.

That is a relatively small amount compared to around $1.5 billion invested in new cruise terminals at the port in recent years.

Cruise companies are currently building ships to run on liquefied natural gas, which should help cut down on pollution even if shore power is never built.

PortMiami director Juan Kuryla told the paper that he doesn’t know why there is no movement to install shore power, but that his focus was on getting LNG at the port to accommodate the new ships. 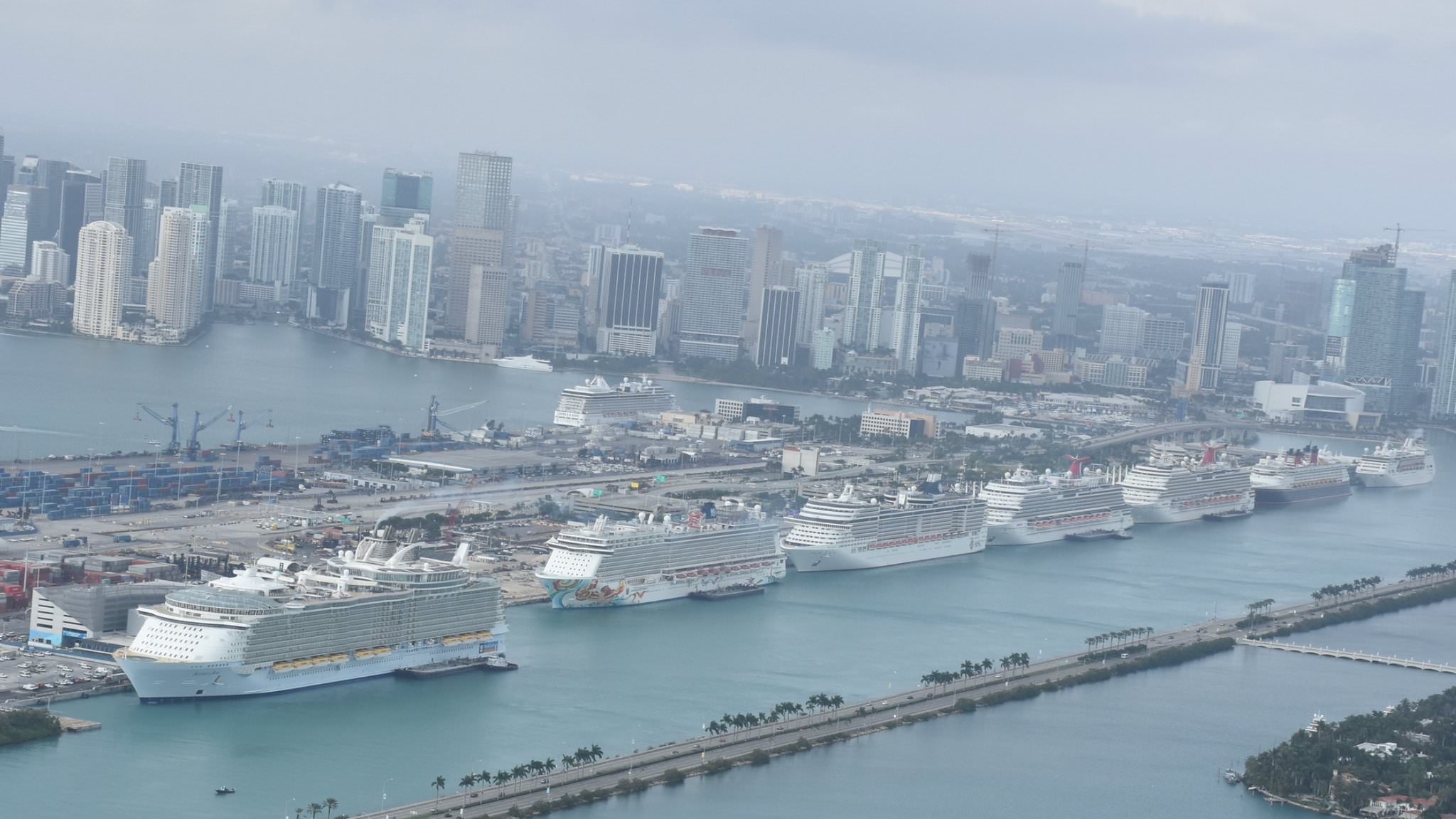