Miami-Fort Lauderdale Monorail Would Cost $50M Per Mile If Built In China, Or $150M If Built In US

It will be significantly cheaper to build the proposed Miami to Fort Lauderdale monorail system in China than in the U.S., according to a report in the Sun Sentinel, citing Broward transportation officials.

The line would originate at University Drive in Broward south of I-595, in an area where Nova Southeastern University, Florida Atlantic University, Broward College and the University of Florida have college campuses.

The line would then run south into Dade, past Hard Rock Stadium in Miami Gardens, and continuing south along Northwest 27th Avenue where it would connect to Metrorail.

Broward’s new 1 percent sales tax could help fund a portion of construction, and eventually an east-west line could connect to the first phase and run from Sawgrass Mills to downtown Fort Lauderdale.

Chinese manufacturer BYD is saying the system could be built in as little as 18 months, and run up to 60 miles per hour.

Broward officials will visit China again in October to see the monorail system. A maglev system is also in consideration, but could be more expensive to build.

A potential east-west route could look similar to that of a proposal for Premium Bus: 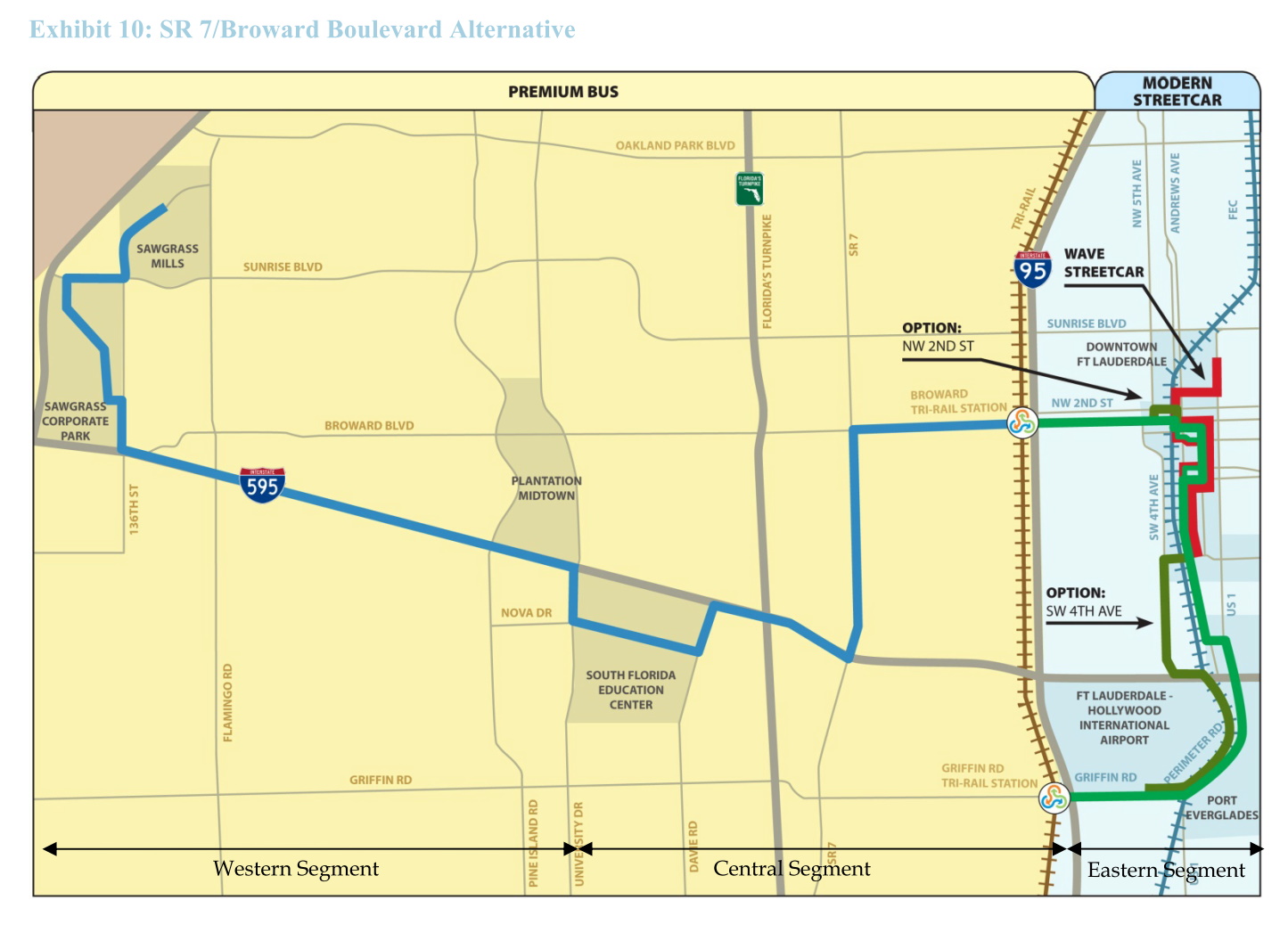