In a social media post, Suarez wrote that the city saw a 25% reduction in homicides for the year, and a 14% reduction in gun related incidents.

The drop in Miami comes despite a surge in such crimes nationwide. The year 2021 brought the highest homicide rate in decades for cities such as Austin, Portland and Philadelphia.

Miami’s crime likely dropped even faster on a per capita basis, thanks to surging population growth in 2021.

Homicides have been trending downward in Miami for years.

At the beginning of the pandemic in 2020, Miami had a homicide-free stretch that lasted over seven weeks, the longest since 1957. 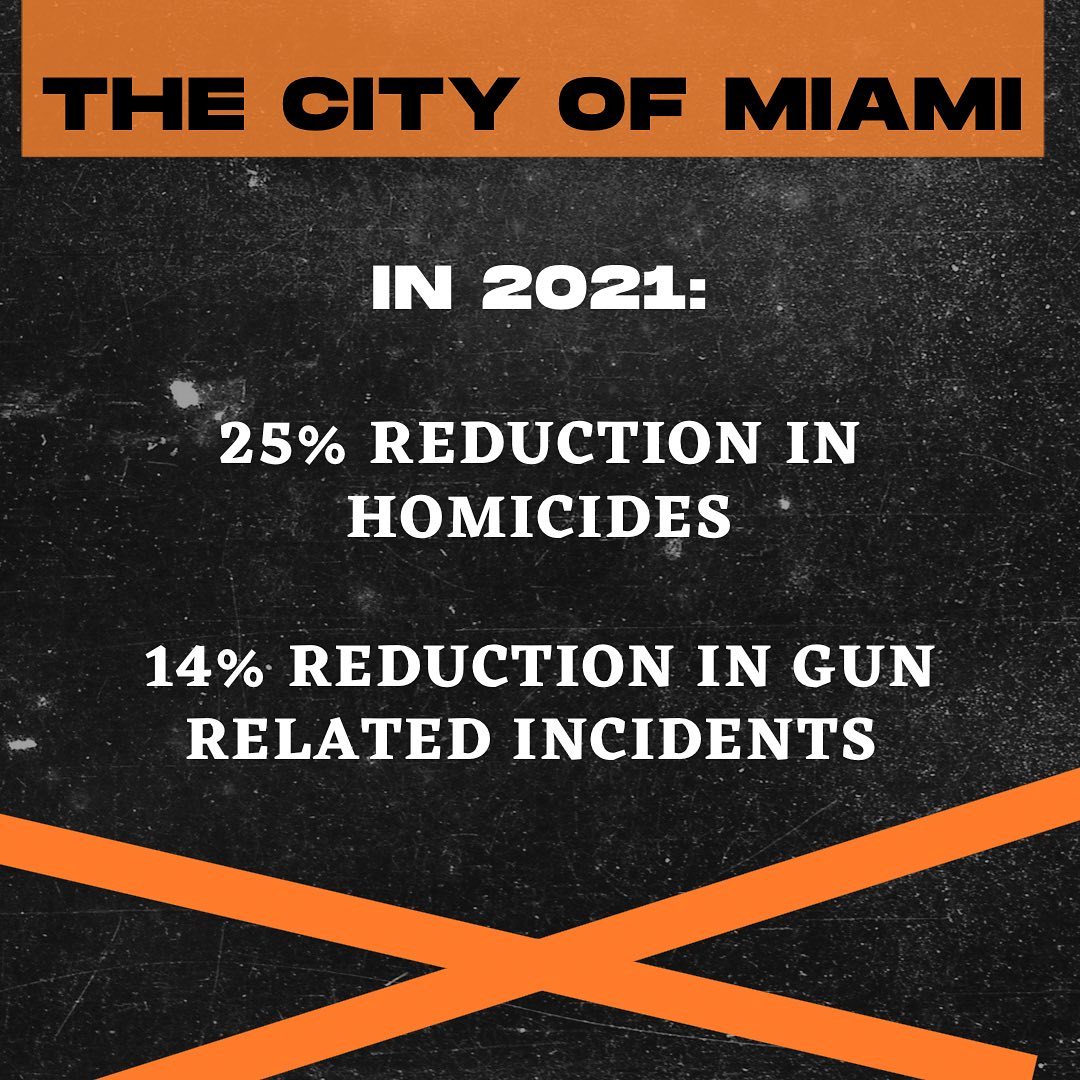