What Miami Looks Like From Space, After Irma Cut Electricity

New satellite images show just how much dimmer Miami was the night after Hurricane Irma.

In Miami, about 80 percent of customers in the Miami area were without electricity immediately after the storm, and over half remain without power. Nearly everything was off on the west coast of Florida, the images show.

Overall, Irma caused the biggest loss of power ever in U.S. history, with 8.3 million people losing service. FPL has said that service will definitely not be fully restored within days, and experts have said that restoration will take weeks.

Miami on May 11, months before Irma: 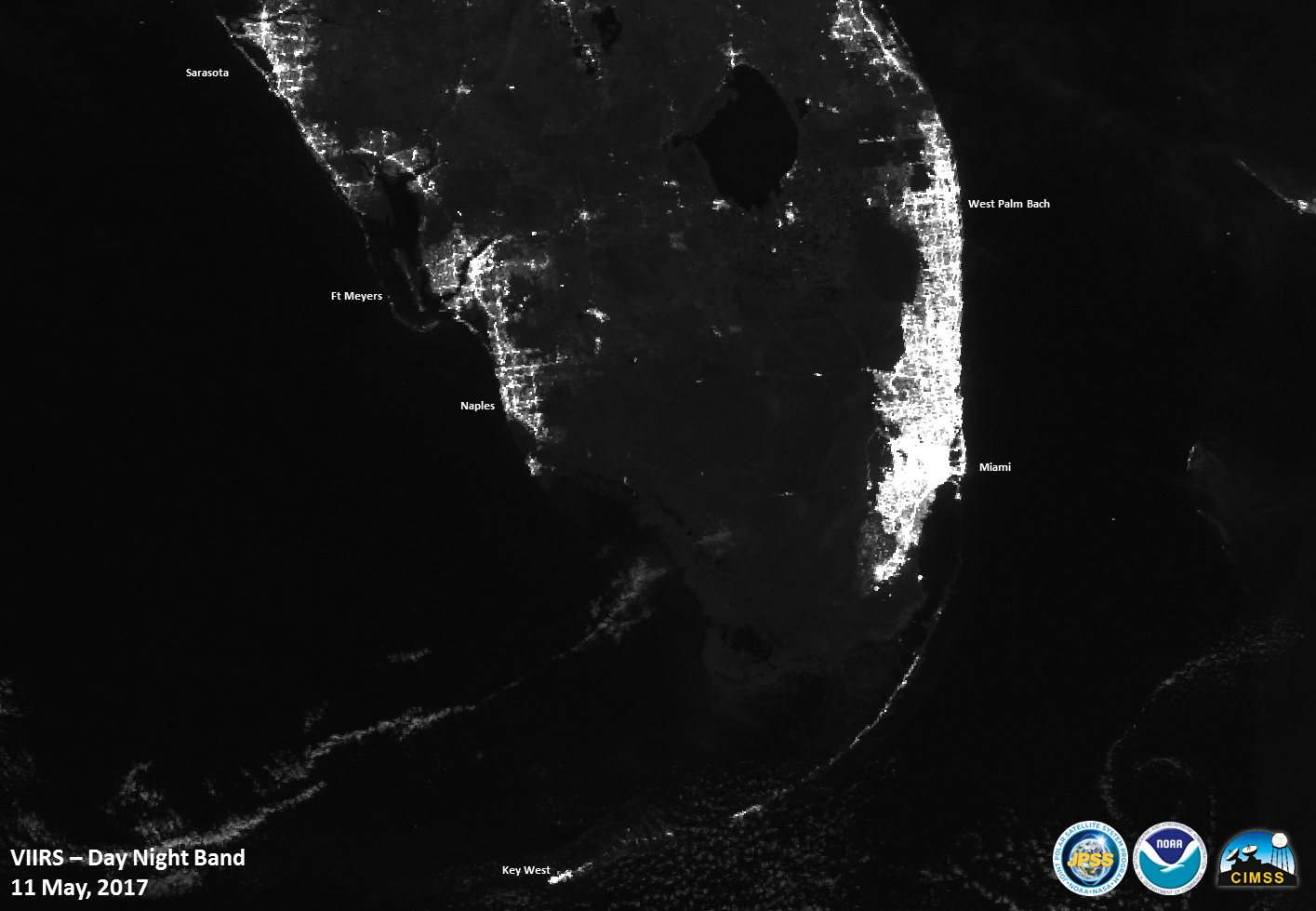 Miami the night after Irma, with cloud cover obscuring some of the light: 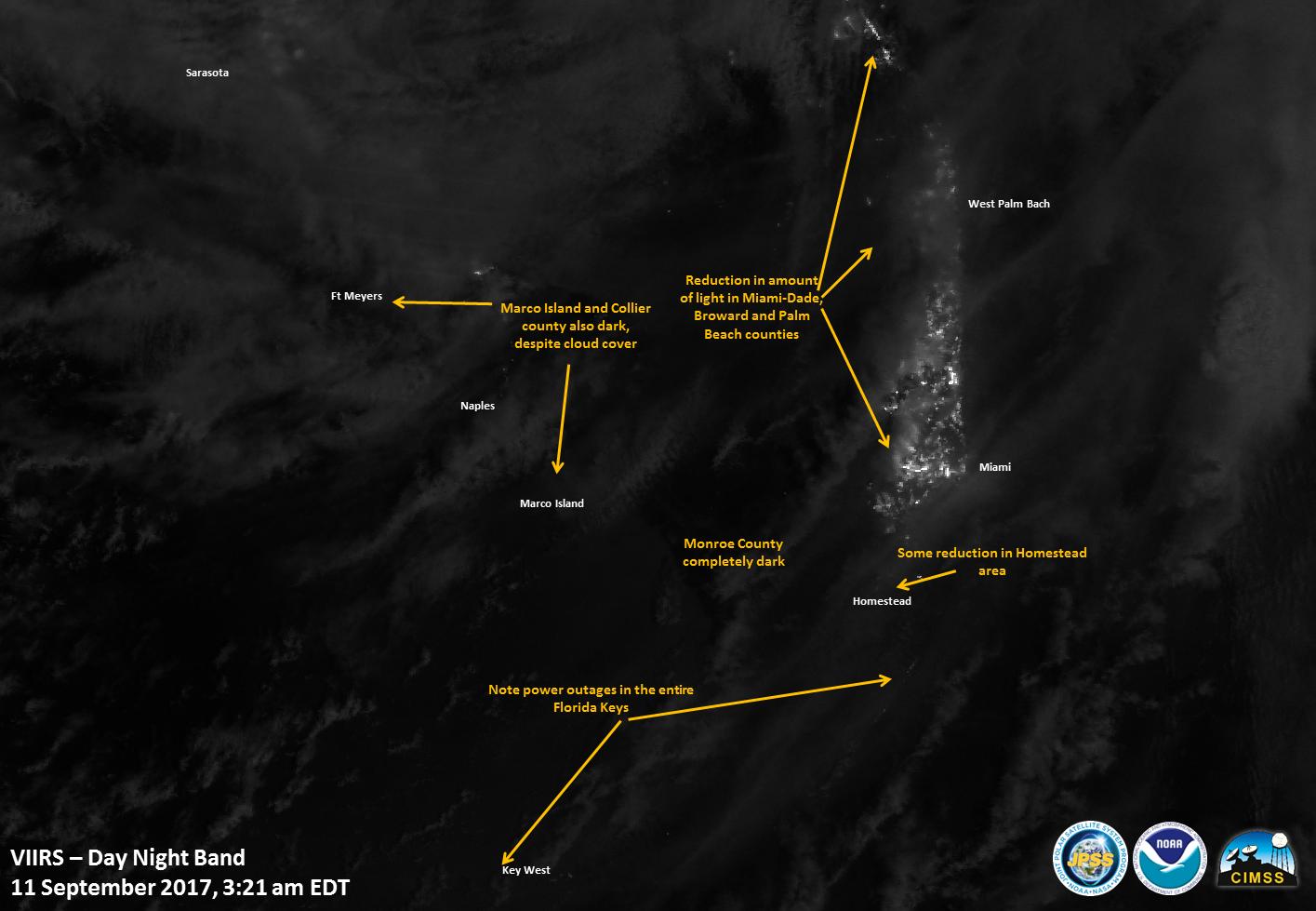