Miami Loop Study: Electric Vehicles Would Run In Tunnel Network Beneath The City

A network of tunnels underneath Miami could be for electric vehicles and generate high demand, a study by a city consultant showed.

Global engineering firm WSP completed the $40,000 study for the city earlier this year. The study documents were recently released by the city.

Up to six segments could be built, totaling up to 29 miles.

The electric vehicles running in the tunnels are anticipated to be electric seven person vehicles, or potentially electric twelve person passenger vans.

Stations would be spaced approximately 1 mile apart, adjusted as needed for important activity areas or connections. Each station would have one vehicle charging station.

There would be two tunnels running in each direction for each segment, with vehicles travelling at 40 miles per hour between stations and at 10 miles per hour at each station.

Routes from Brightline’s MiamiCentral to MIA and Wynwood to MIA are estimated to generate the highest passenger volume. 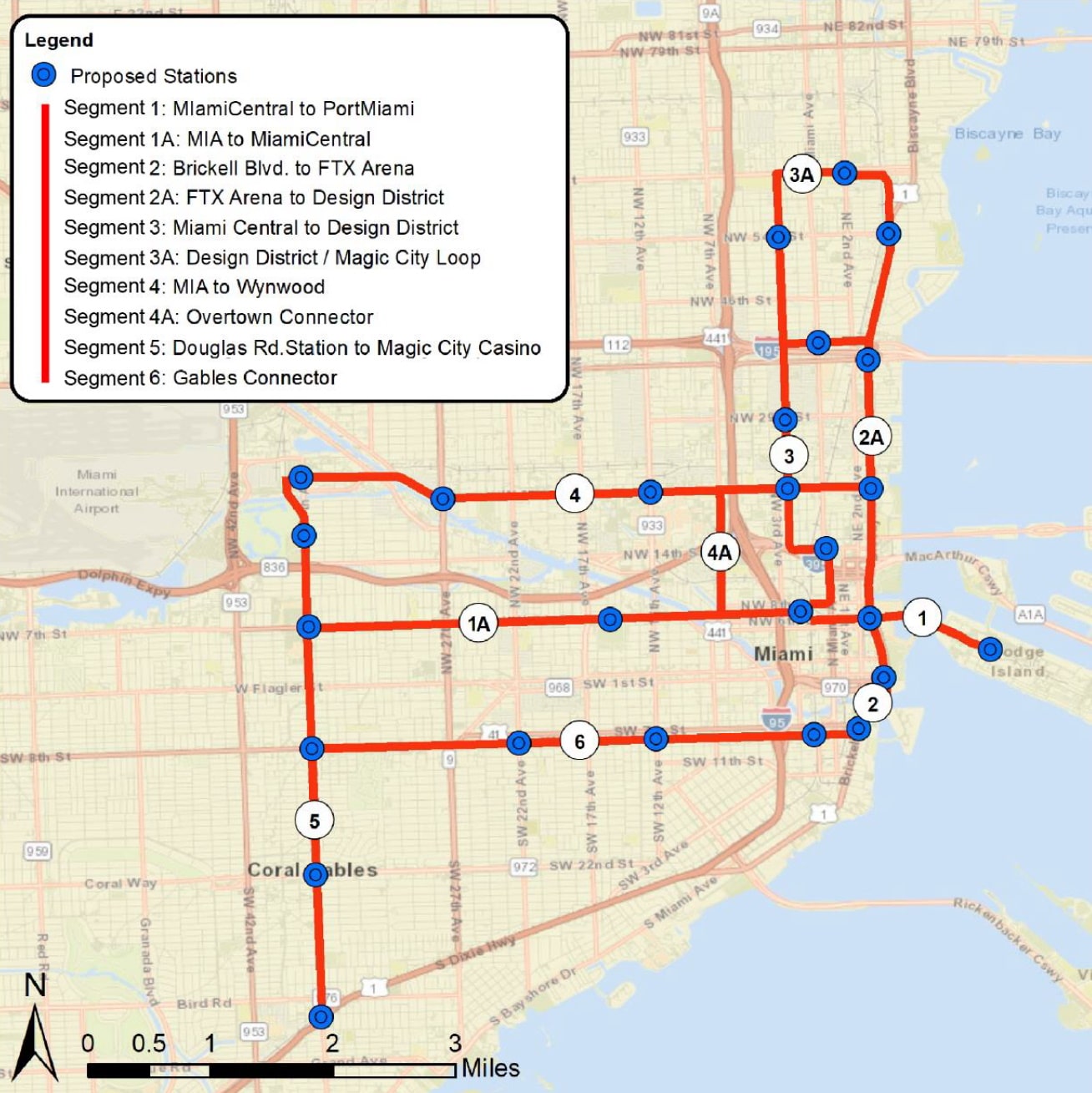