A new study has named Miami the hottest market in the country for rental apartments.

According to the study, Miami’s supply of new apartments is growing faster than any other major market, with the share of new apartments at 1.8%. However, even that exceptionally high growth rate was not enough to keep up with demand.

For the study, RentCafe.com analyzed Yardi Systems apartment data from 102 rental markets across the U.S.

Competition for apartments in Miami is fierce, and by far the most competitive nationwide, the report said.

The average vacant apartment is being filled in just 27 days, with an average of 31 prospective renters per unit.

Further fueling the Miami market was an exceptionally high lease renewal rate, at 75%.

Overall, 97.6% of apartments in Miami were occupied.

Orlando and Southwest Florida ranked third and fourth on the list, while Broward ranked 10th. 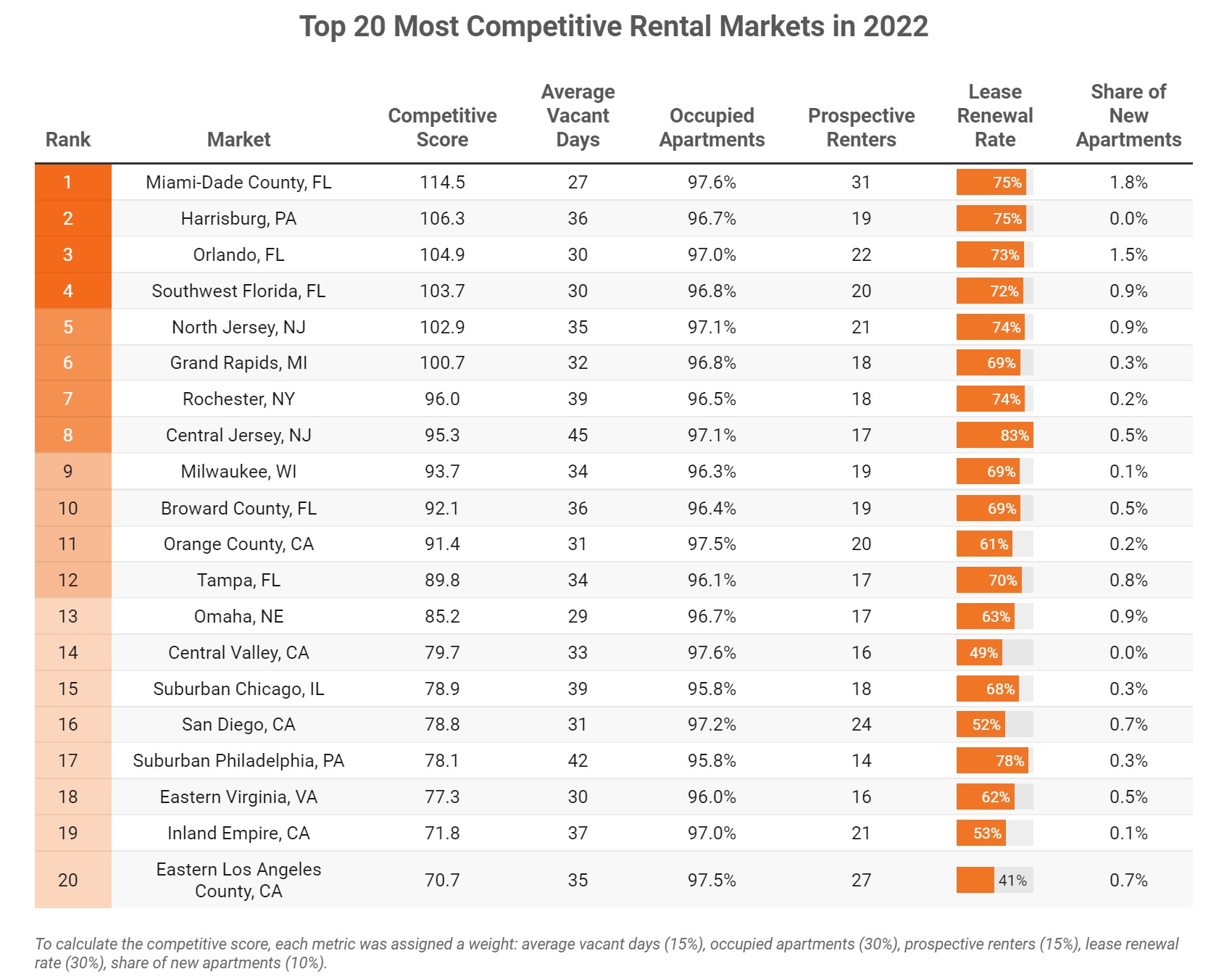