Robert Wennett’s plan to rebuild the Miami Produce Center may be among the most unique redevelopment projects in America.

A new description from architect Bjarke Ingels, along with an analysis of the developer’s zoning application, reveals just how innovative the design is.

The redeveloped Produce Center will include urban farming plots (either between buildings or on “roofscapes,”) co-living spaces with flexible rental periods and sharing bathroom and kitchens.

There will also be galleries selling art made on site, and manufacturing facilities with retail storefronts, allowing goods to be both made and sold on site.

Located in the center of the industrial district of Allapattah, Miami Produce creates a new destination for the city while retaining the neighborhood’s industrial character. The architecture is conceived as a three-dimensional urban framework, designed with large industrial-sized floor plates to provide maximum programmatic flexibility. The site will be activated by urban farming, restaurants, storefronts, co-working offices, co-living apartments and educational programming. At the ground floor, a series of existing produce warehouses will be restored and re-programmed to create a vibrant public realm while preserving the industrial spirit of the neighborhood. Between the warehouses, three public spaces will exhibit a variety of lush landscapes that create diverse microclimates and allow the buildings’ programs to extend outdoors. A stack of linear buildings will float above the existing warehouses, generating a large urban courtyard at the center while forming gateways that open to the surrounding context. On top of each building, programmed ‘roofscapes’ extend the public realm vertically and capture stunning views of downtown Miami and surrounding neighborhoods.

The Special Area Plan submitted as part of the project also includes the following definitions, which aren’t standard in the Miami 21 zoning code:

David Snow, Miami’s chief of urban design, told CoStar that he was impressed with the design, which includes restoration of existing buildings.

“It’s always our intent to have as little disruption to existing neighborhoods as possible while at the same time making enhancements to those public environments,” he said.

Planners are now administratively reviewing the proposal, which will also need approval from several Miami Boards, along with the city commission. 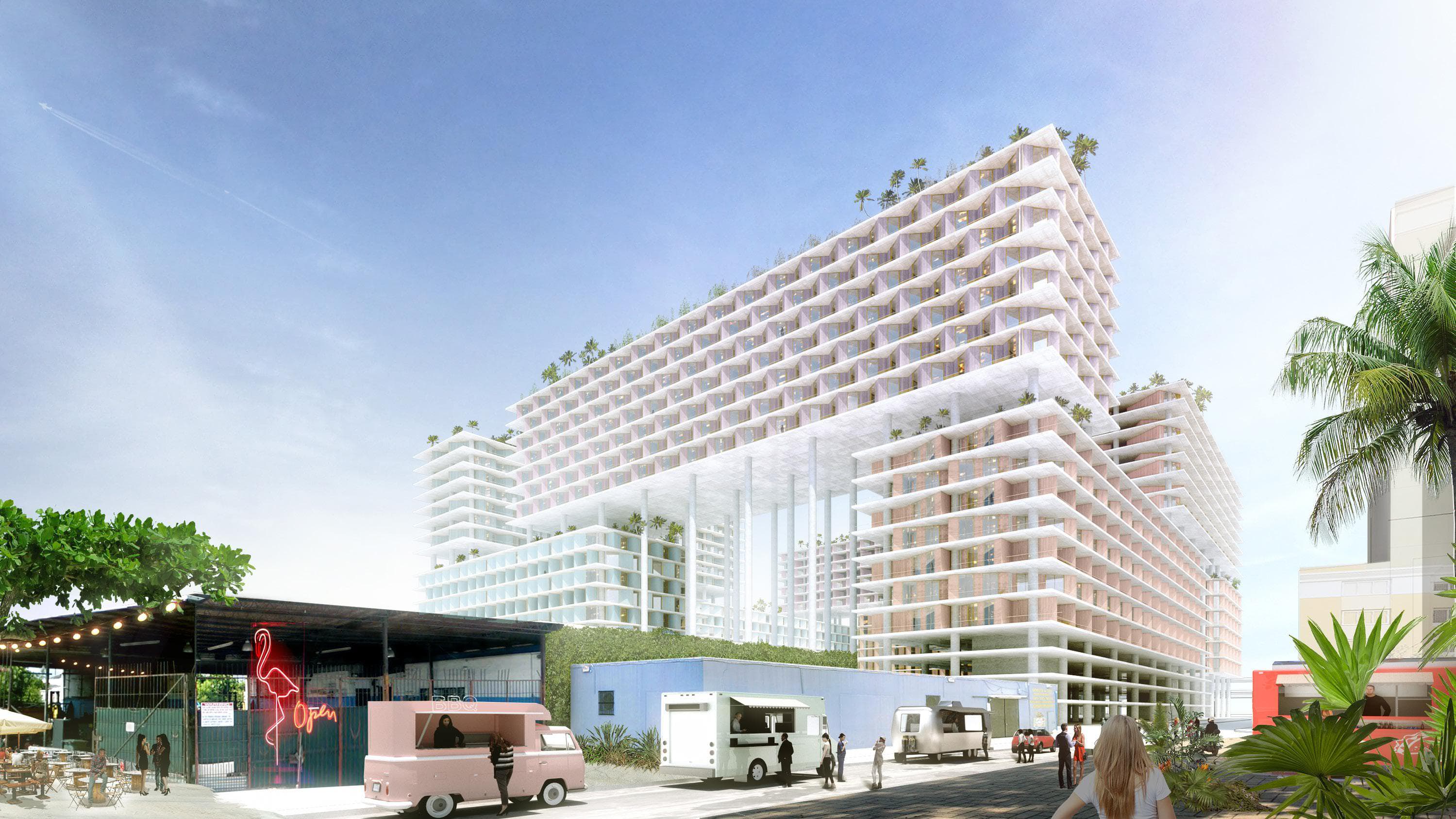 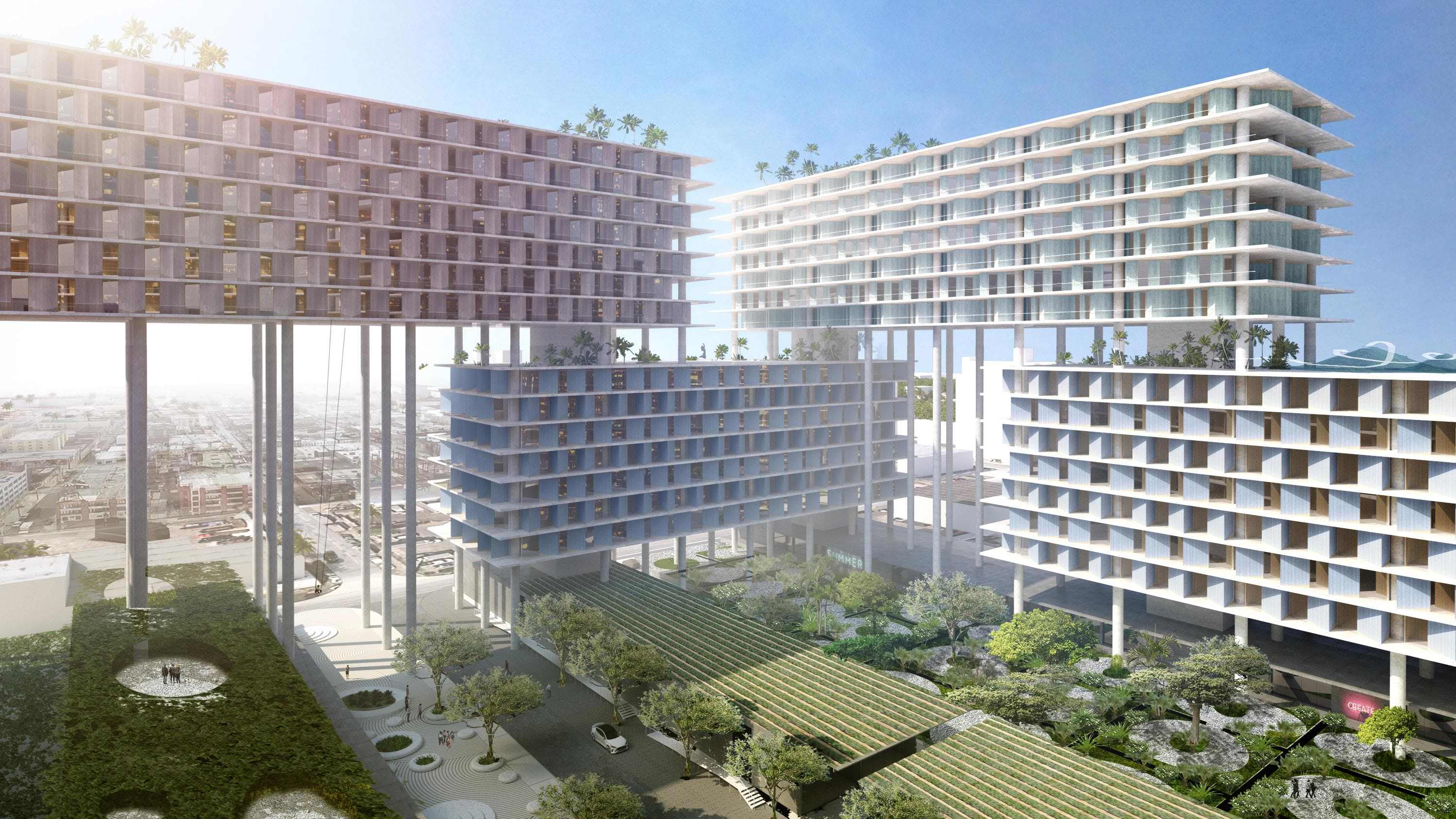 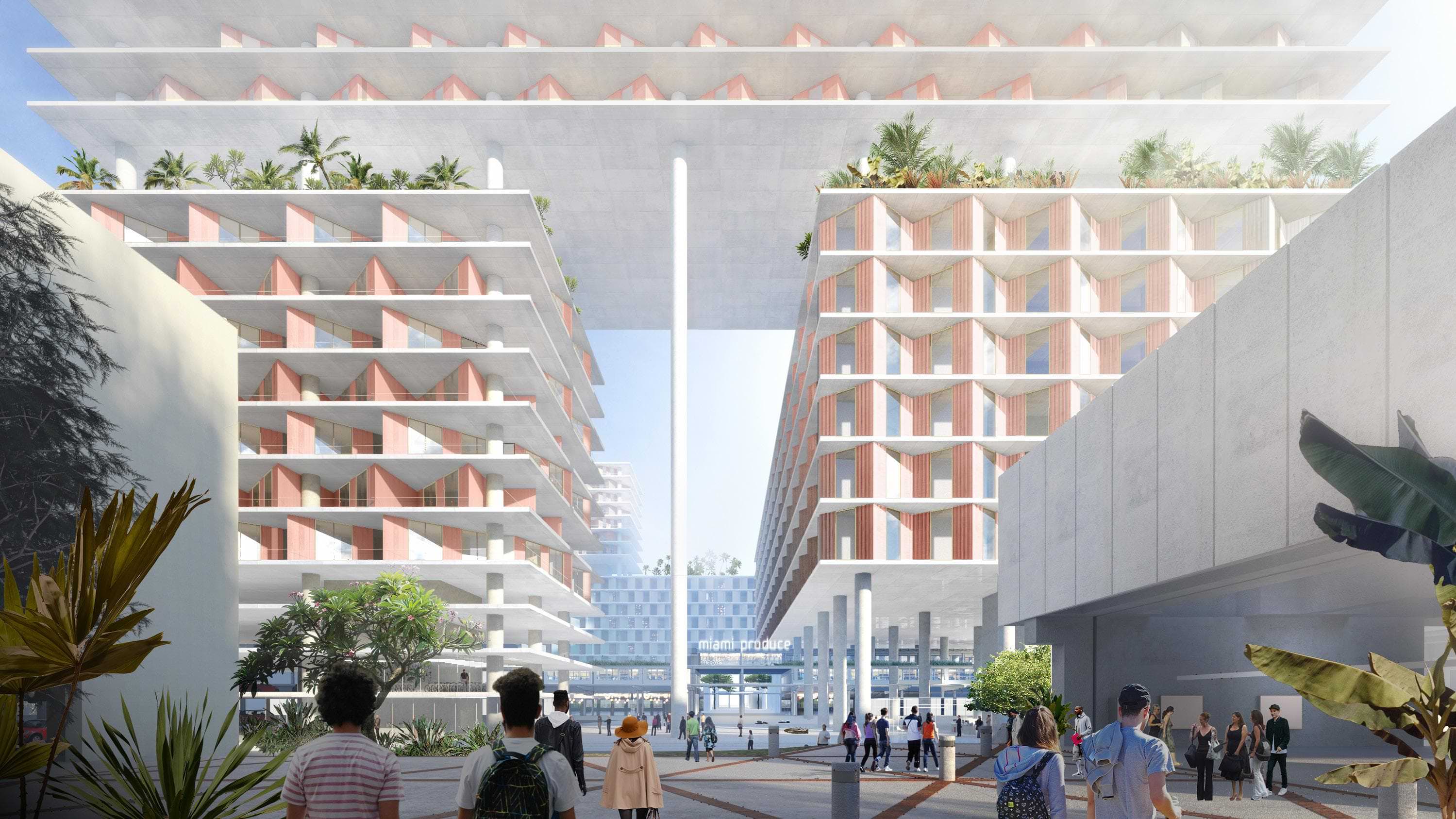 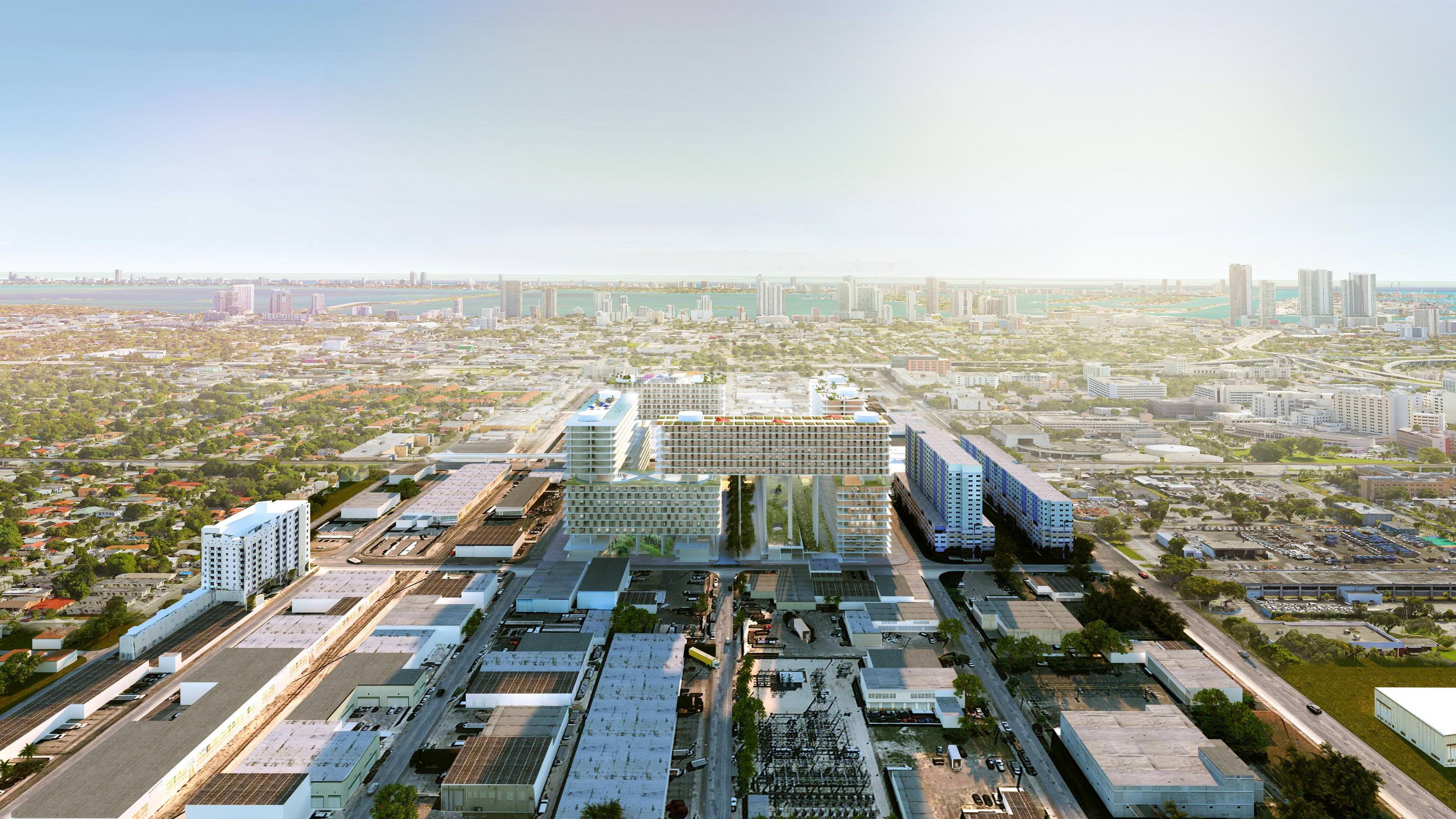 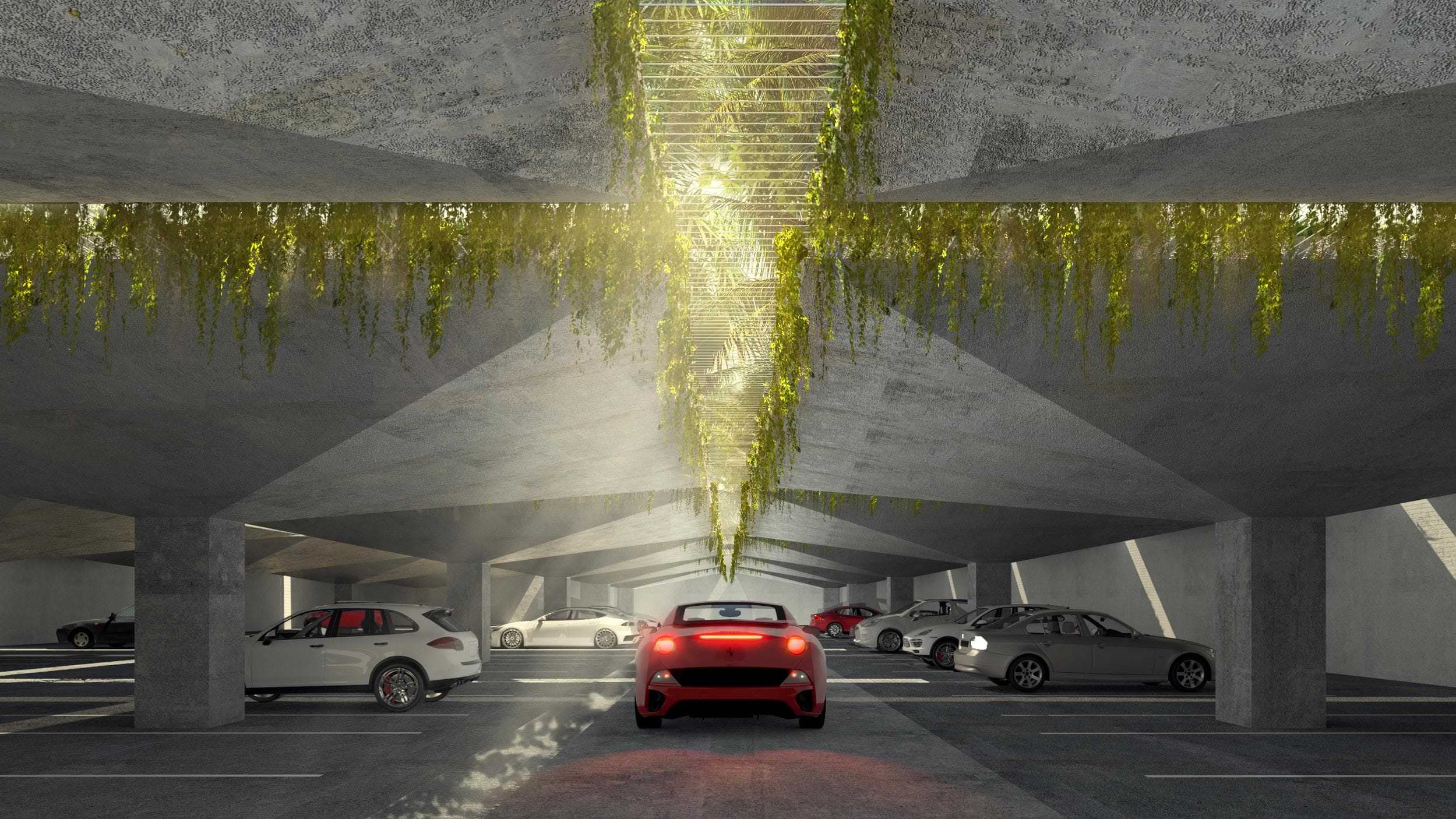 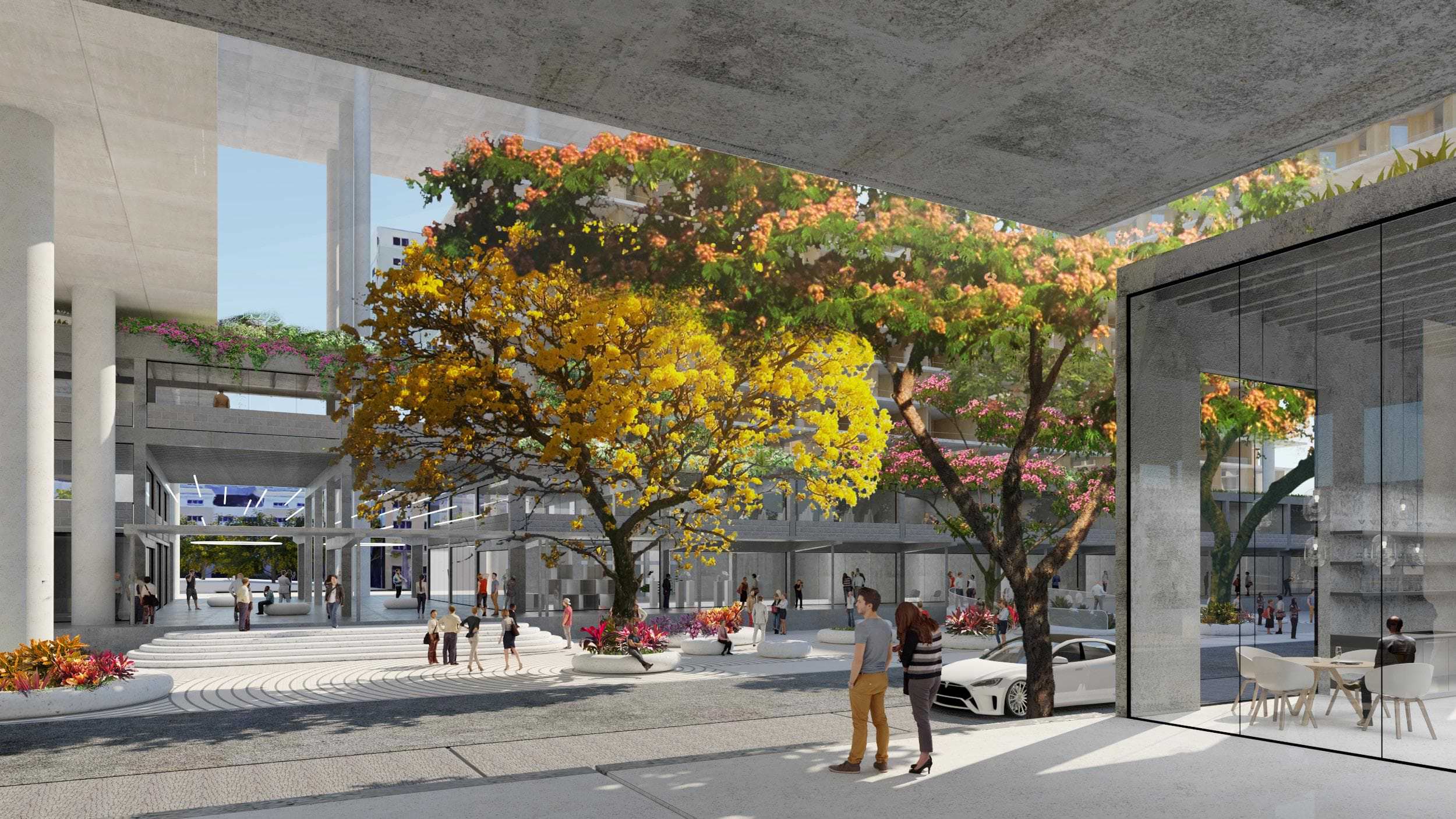 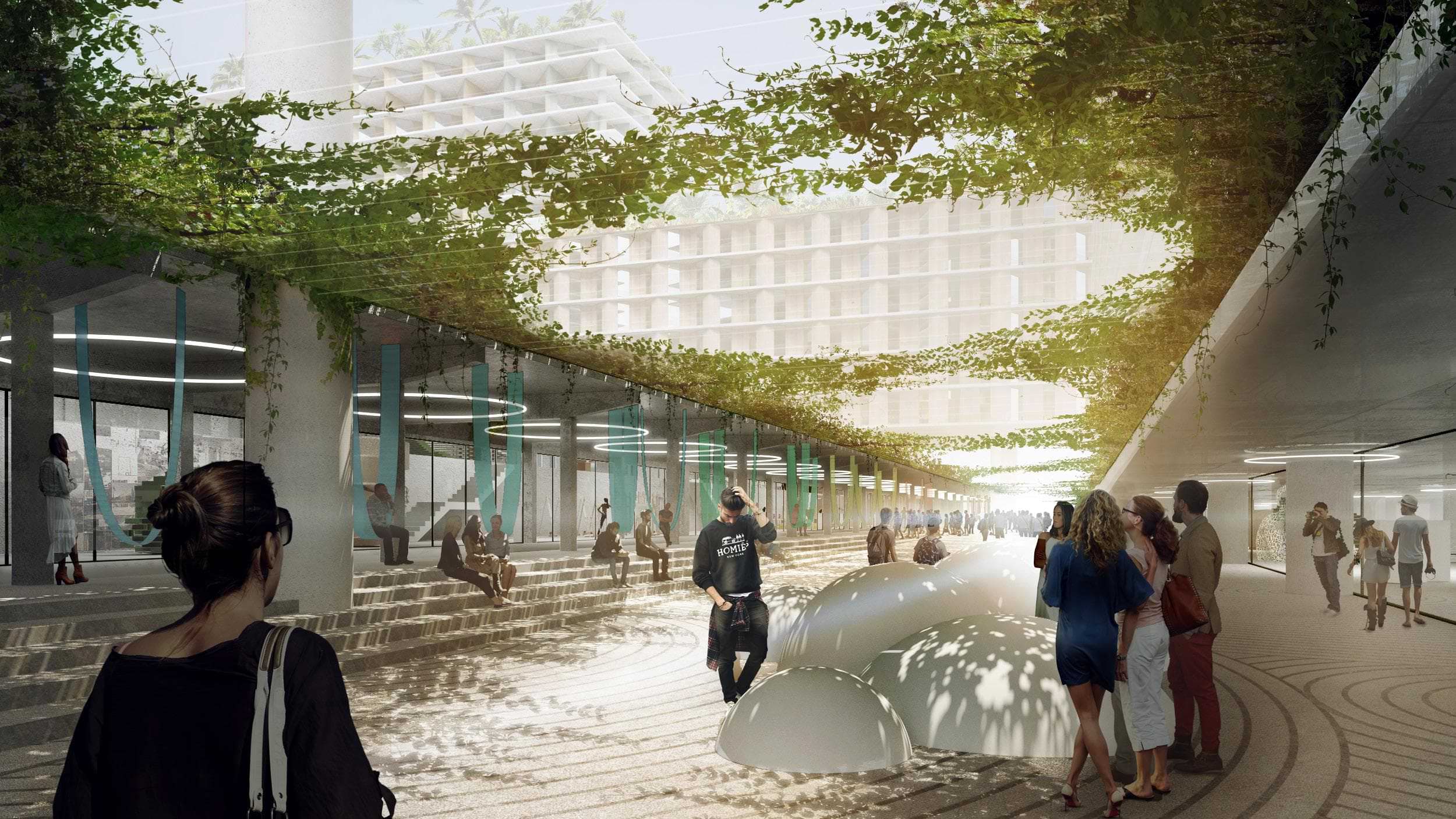