Miami To Orlando Rail Line Is One Step Closer: Brightline’s First Trainset For The Route Now On The Way To Florida

Brightline’s first new trainset that will be used for an expansion from Miami to Orlando is now on its way to Florida, in a major milestone for the new service.

Brightline has also ramped up construction on the rail line between Orlando and Miami.

On Monday, the company took delivery of its new trainset from a Siemens factory in California. The trains then began their journey to Florida yesterday, where they will be stationed in advance of the new service.

A total of five new trainsets will eventually be delivered to allow for the new service. They will be in addition to the five that Brightline already has, bringing the total to ten.

The new trainsets are similar to Brightline’s existing stock. Each trainset will have four passenger coaches and two diesel-electric locomotives on each end that meets the EPA’s strict Tier 4 emissions standards.

Interiors will be different however, with the company now finalizing its configuration, a spokesperson told The Next Miami.

Brighline also said it has now increased the number of daily construction workers on the Miami-Orlando route to a total of 1,300.

Completion of the new Miami-Orlando line remains on track for late 2022, the company said this week. More than 60% of the work is now complete.

Stations in Boca Raton and Aventura are under construction and expected to open in the second half of 2022, and planning is underway for expansions to Disney Springs and Tampa.

Construction of a new Brightline bridge at I-95 on the way to Orlando: 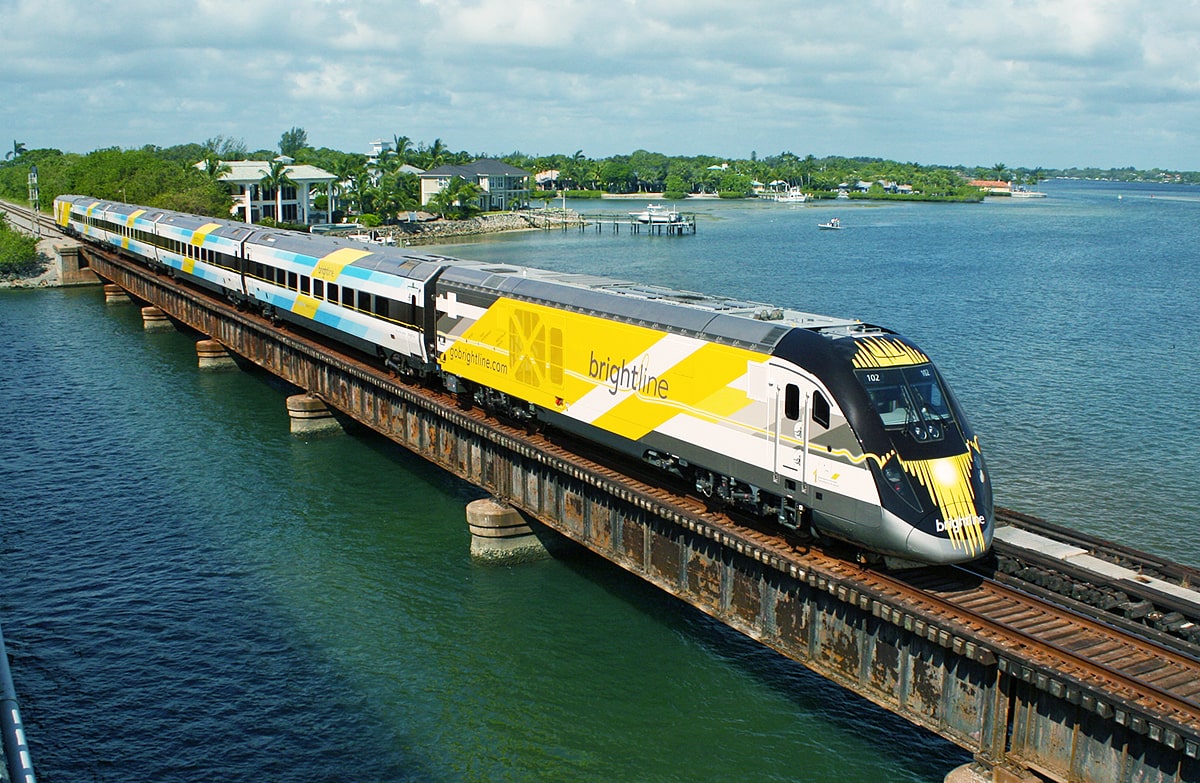