Miami Worldcenter has plans to build an entertainment hub, food hall and a rooftop restaurant in downtown Miami, according to newly released marketing material.

Details of the new additions were included in a brochure for Legacy, a condo-hotel project that launched sales at Miami Worldcenter this month.  Legacy is being built Royal Palm Companies, the same developer that recently completed the 60-story Paramount Miami Worldcenter.

A public square known as Worldsquare will be next to the CitizenM hotel and will be used for concerts, open markets, and community gatherings.

Two promenades will run from Worldsquare.

The 7th Street Promenade will be lined with shops that cater to daily necessities, including hair salons, a nail bar, coffee shops, ice cream shops, banks and a corner restaurant. Some of the retail there has already been built, but tenants have not yet been announced.

A second promenade at the base of Paramount, called World Promenade, has retail space that is already mostly built out. It will be filled with regional fashion retailers and restaurants. 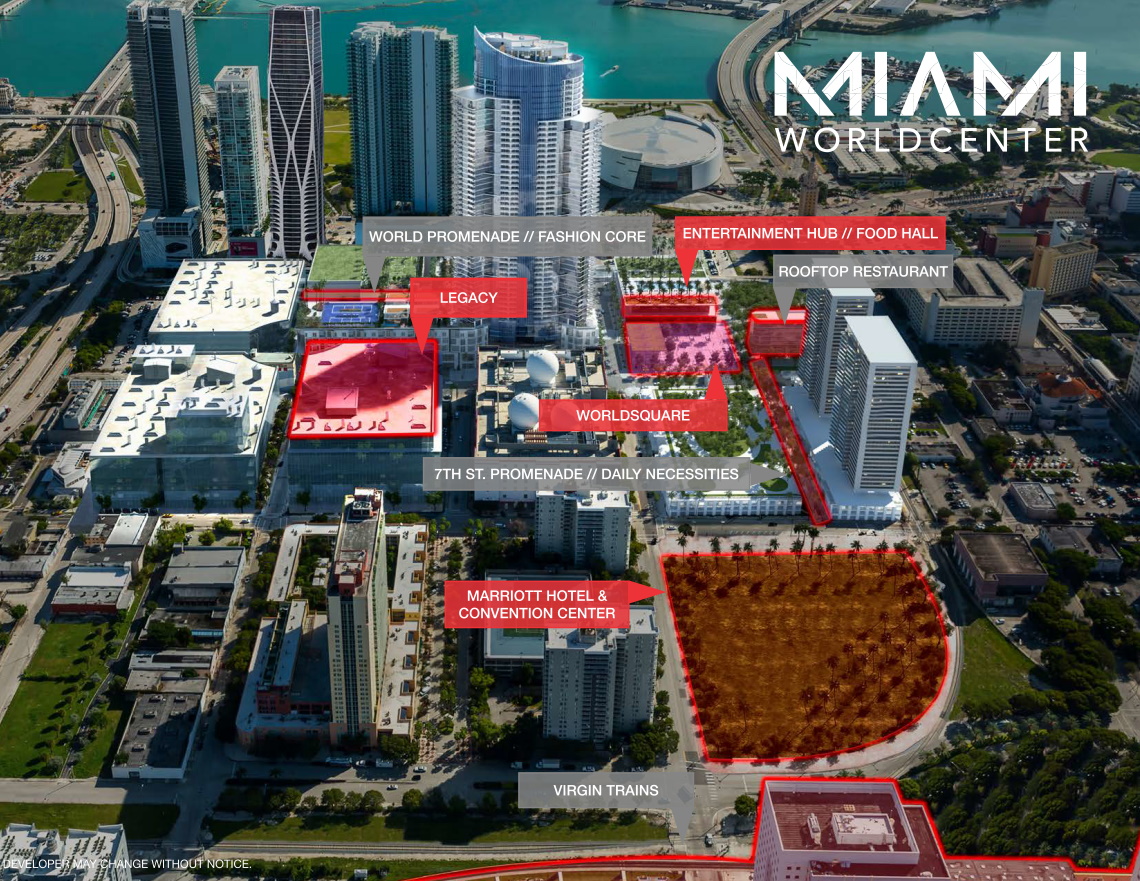 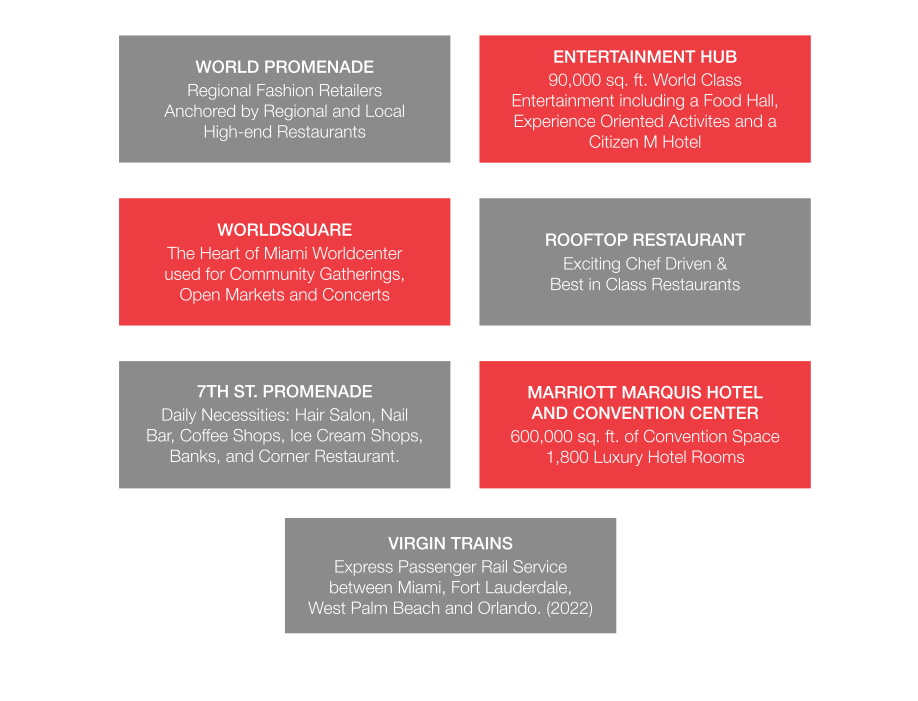