Miami Worldcenter Selling ‘Last Remaining Parcel’ At Block A, Up To 1.7M Square Feet Can Be Built

The last remaining parcel at Miami Worldcenter has been listed for sale.

The 2.18-acre parcel of land is located along Northeast 1st Avenue between 10th and 11th Streets and is also known as also known as the western portion of Block A. It can be used for residential, retail, office or hotel uses with up to 1.7 million square feet or around 1,100 units if built as residential.

Chicago’s Fifield proposed a 47-story, 499-foot tower with 533 apartments. Those plans appear to be cancelled, with the land now for sale.

On the eastern portion of Block A, Chicago developer Akara Partners is planning a two phase project called Kenect Miami with 39 stories and 79 stories.

“The coming year will see a series of important milestones at Miami Worldcenter, including the delivery of a substantial amount of retail space, the rise of a CitizenM hotel, the opening of our signature condo tower, and the announcement of our first retail tenants,” said Nitin Motwani, Managing Partner of Miami Worldcenter Associates. “In marketing our last remaining parcel, it’s critical that we identify an investor or joint venture operator whose plans are aligned with our vision for creating a city within a city in the heart of Downtown Miami.”

Worldcenter says that Hines is still preparing to build a new tower that will comprise up to 500,000 square feet of Class A office space and MDM Group is planning a 1,700-room Marriott Marquis hotel and adjacent 600,000 square foot expo center.

In addition, a 348-room CitizenM hotel is about to break ground, and vertical construction is now underway at the 43-story, 434-unit Luma residential tower. Two other residential towers, Paramount and Caoba, have already been delivered, and delivery of 300,000 square feet of retail will soon begin.

Cushman & Wakefield’s Robert Given has the listing. 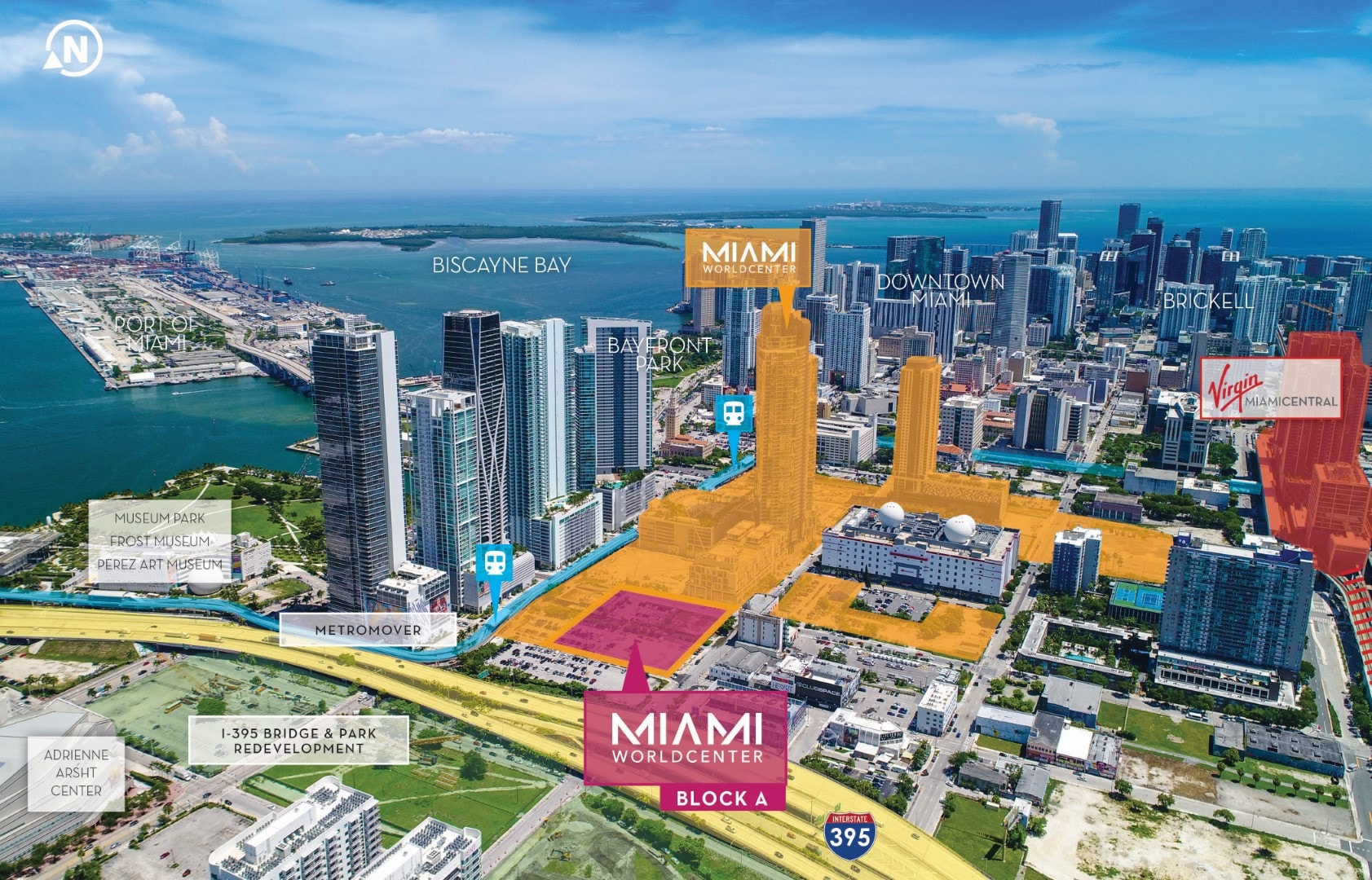