MiamiCentral Supertower Could Become One Of The Tallest In The U.S.

All Aboard Florida has been calling one of the planned towers at MiamiCentral a ‘supertower,’ and it could could become one of the tallest buildings in the country.

According to a recent filing with the FAA, All Aboard Florida wants to build the tower as high as 1,120 feet above ground (or 1,131 above sea level). That would make it taller than any building that exists or is under construction in the U.S., outside of New York and Chicago.

It also won’t be the only tall tower at MiamiCentral. At least one other high rise at the site is proposed to rise to 840 feet above ground.

Site work is already underway at MiamiCentral and the first phase will begin full construction soon.

The tower at MiamiCentral is one of several that are vying to break the 1,000-foot mark in Miami. The FAA has been reviewing a tower at Brickell City Centre that is proposed to rise 1,040 feet above ground for over a year (Swire has already reduced the height from initial plans that exceeded 1,100 feet). Tibor Hollo’s 1,005-foot One Bayfront Plaza has also been under review for nearly a year. Hollo’s Panorama Tower is under construction and approved at 822 feet, taller than anything currently in Miami. Also, Jeff Berkowitz has started site work for the 990-foot SkyRise Miami tower. 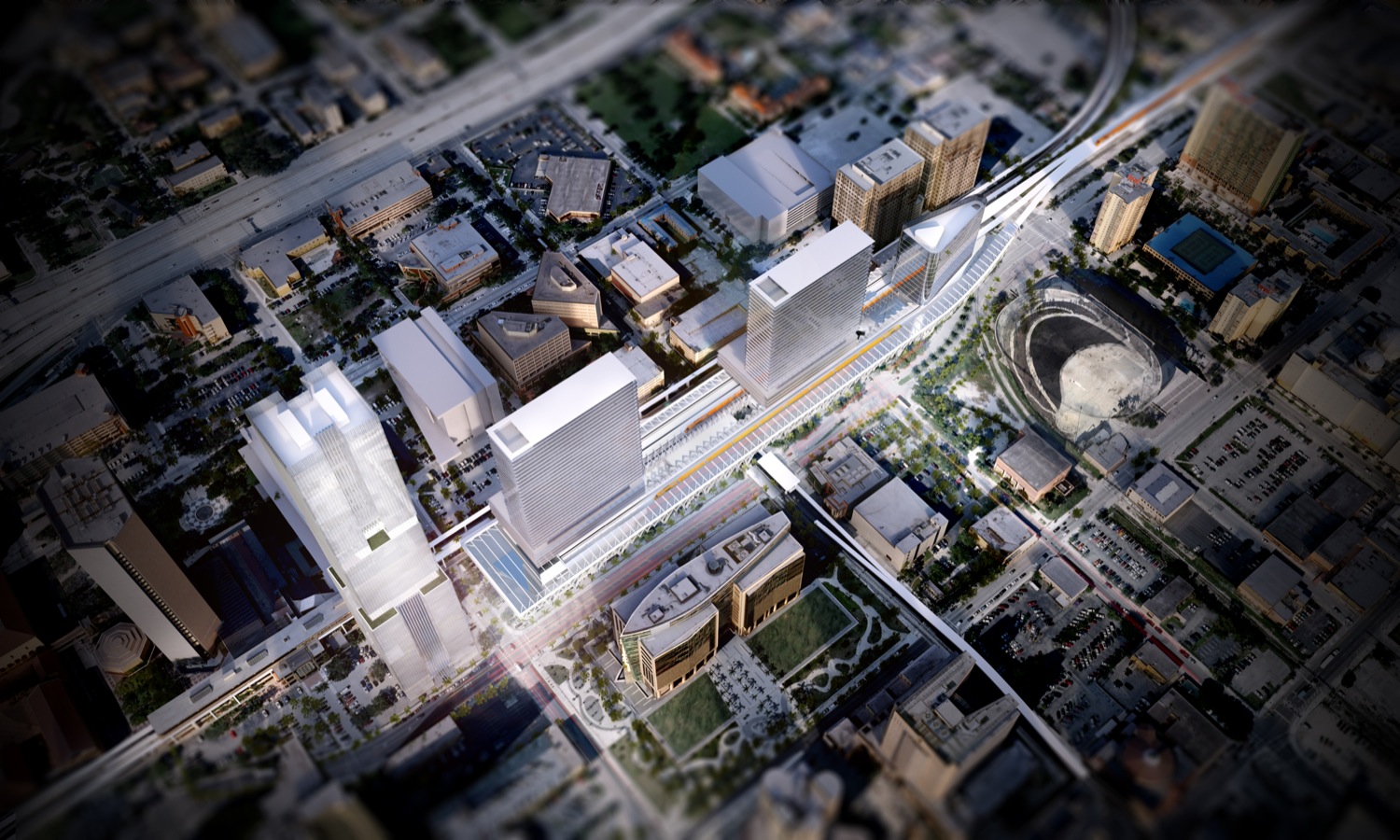 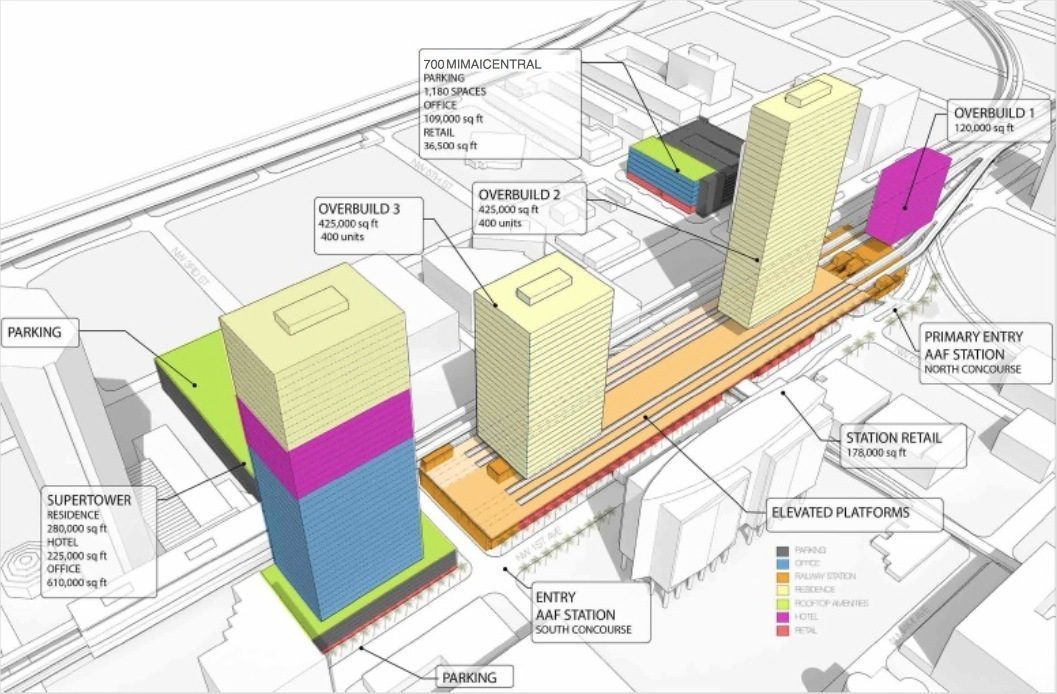