The Miami Downtown Development Authority hosted a party during Art Basel, in an attempt to lure Hedge Funds to relocate to Miami.

The upcoming tax reform that is likely to negatively affect those living in Northern states was highlighted.

Some of the invitees have expressed interest in relocating to Miami due to proposed tax changes. Under bills currently working through congress, deductions for local and state taxes would end. Residents of New York and other northeast states will pay much higher net rates, and there has been talk of an exodus, according to Bloomberg.

Hedge fund billionaire Steven Cohen and famed short seller Jim Chanos were among the invitees to the DDA event, according to a list obtained by The Next Miami.

The party took place at the Perez Art Museum on Friday, December 8. 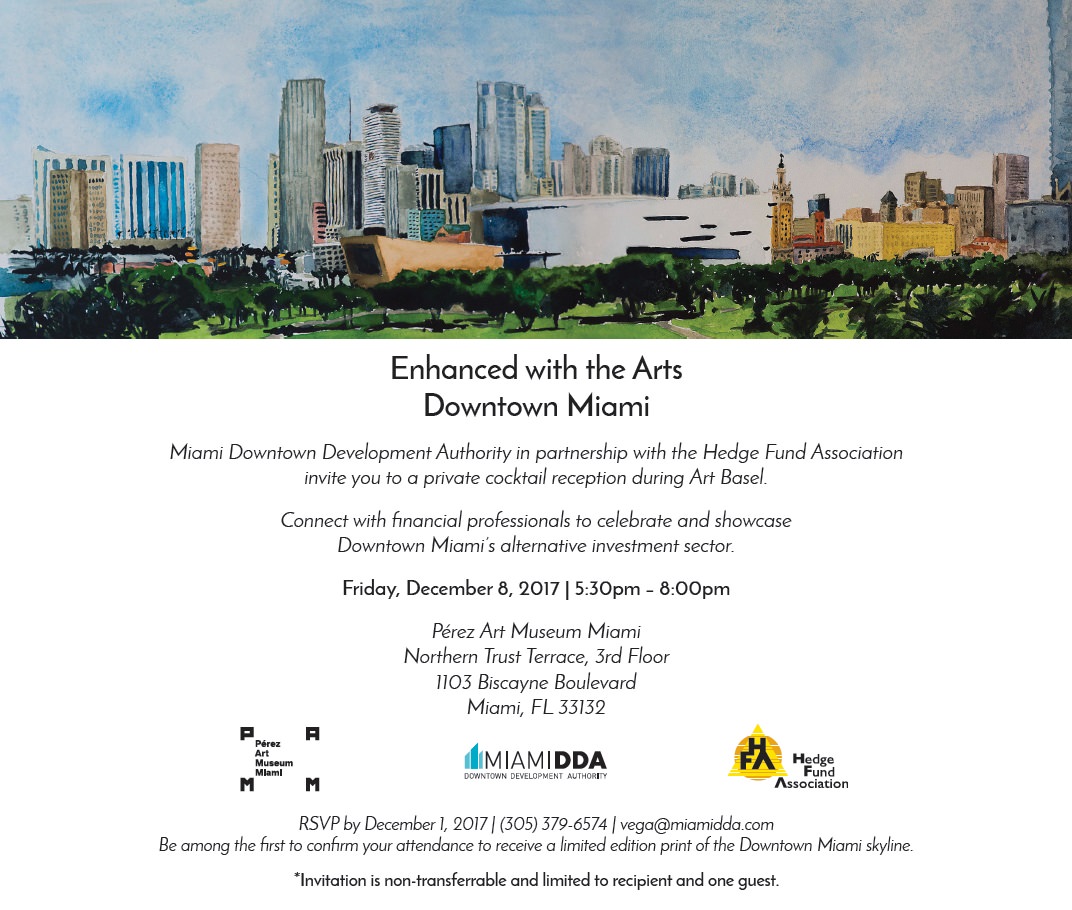