There’s never been an underground parking garage built like this anywhere in Miami.

Una Residences in Brickell is getting a 100,000-square-foot, 236-car garage that reaches nearly 50 feet and three stories below sea level. The cost: $25 million for the garage alone – triple the expense of a normal garage, according contractor Civic Construction.

The benefit of going underground will be seen in the aesthetics of finished product, developers say. A grand, double-height lobby with 20-foot-tall glass windows will overlook a pool deck set directly above Biscayne Bay – instead of being atop an ugly garage.

Building a subterranean garage like this not only costs money, but also takes time. It will take around a year and a half to build, and it won’t be until late 2021 when ground-level vertical construction begins, even though groundbreaking took place earlier this year.

The garage is now being built by the building’s general contractor, a joint venture between Civic Construction and Ant Yapi U.S.

Workers will drill 800 holes 50 feet deep into the ground and then fill them with concrete and water. The interlocking pillars create a cement block that is hollowed out to build the garage.

Following the building’s groundbreaking earlier this year, the construction team embarked on the deep-soil-mixing construction process to create a giant waterproof “bathtub” that protects the building’s concrete mat above the tub from groundwater and forms the base of the garage. Engineers are now using a state-of-the-art, 10-foot high-torque drill to create the bathtub by digging into the site’s crushed limestone, while simultaneously injecting cement slurry into the ground and blending it with the limestone rock and sand. This process changes the composition of the soil, creating a support system for the bathtub’s walls and floor while ultimately reducing waterflow and permeability to allow for excavation of the site.

Once the soil mixing process and tub is complete in early 2021, the construction team will begin drilling piles 135 feet deep into the ground to support the tower, and to hold down the floor of the tub during construction. The loose-mix soil inside of the tub will then be mass excavated – a three-month-long process – to reveal the new, waterproof underground form. Once the site is excavated, the building’s steel mat foundation will then be constructed followed by a massive concrete foundation pour. Once the three levels of vertical columns are completed in the underground basement, ground-level vertical construction will then commence, estimated to take place in late 2021. From there, the tower’s rise will move at a fairly quick pace, accelerating approximately one level a week through top off of the 47th floor in late 2022.

“OKO Group has extensive experience with subterranean construction, with our firm’s Capital City mixed-use development in Moscow encompassing a six-level garage for over 2,000 vehicles built 72 feet deep underground adjacent to the Moscow River,” said Ahmet Oktay Cini, Chief Operating Officer of OKO Group. “When conceptualizing the design for Una Residences in Miami, we envisioned a similar urban-style, efficient tower that would maximize as much space as possible for the use of residents and showcase the site’s waterfront views. The result was a modern condo tower without a parking podium, meaning more square footage for luxury amenities and residences.”

The tower will eventually top off at 579 feet above ground. It is being designed by Adrian Smith + Gordon Gill architects.

Oko Group and Cain International are the developers. 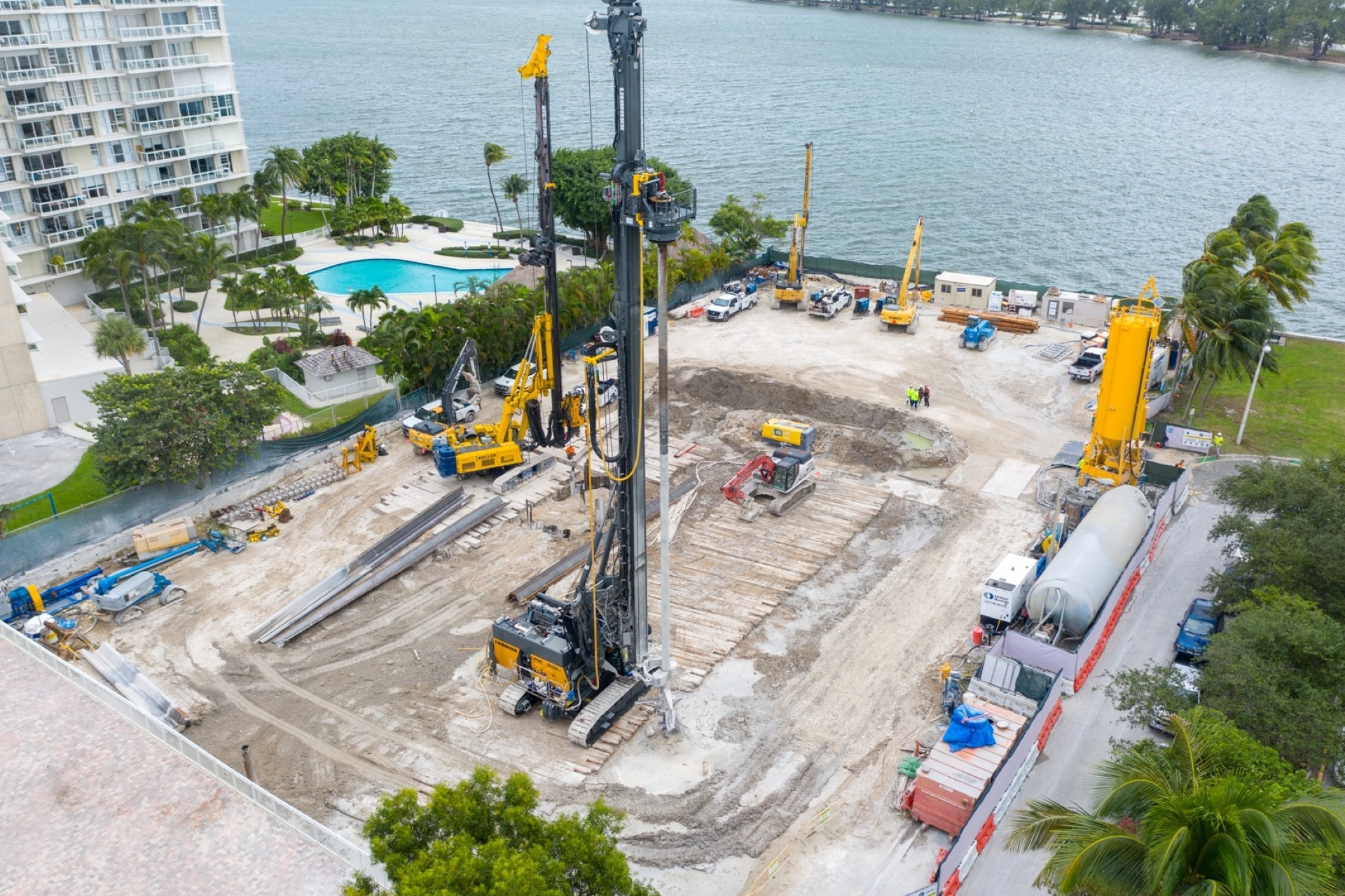 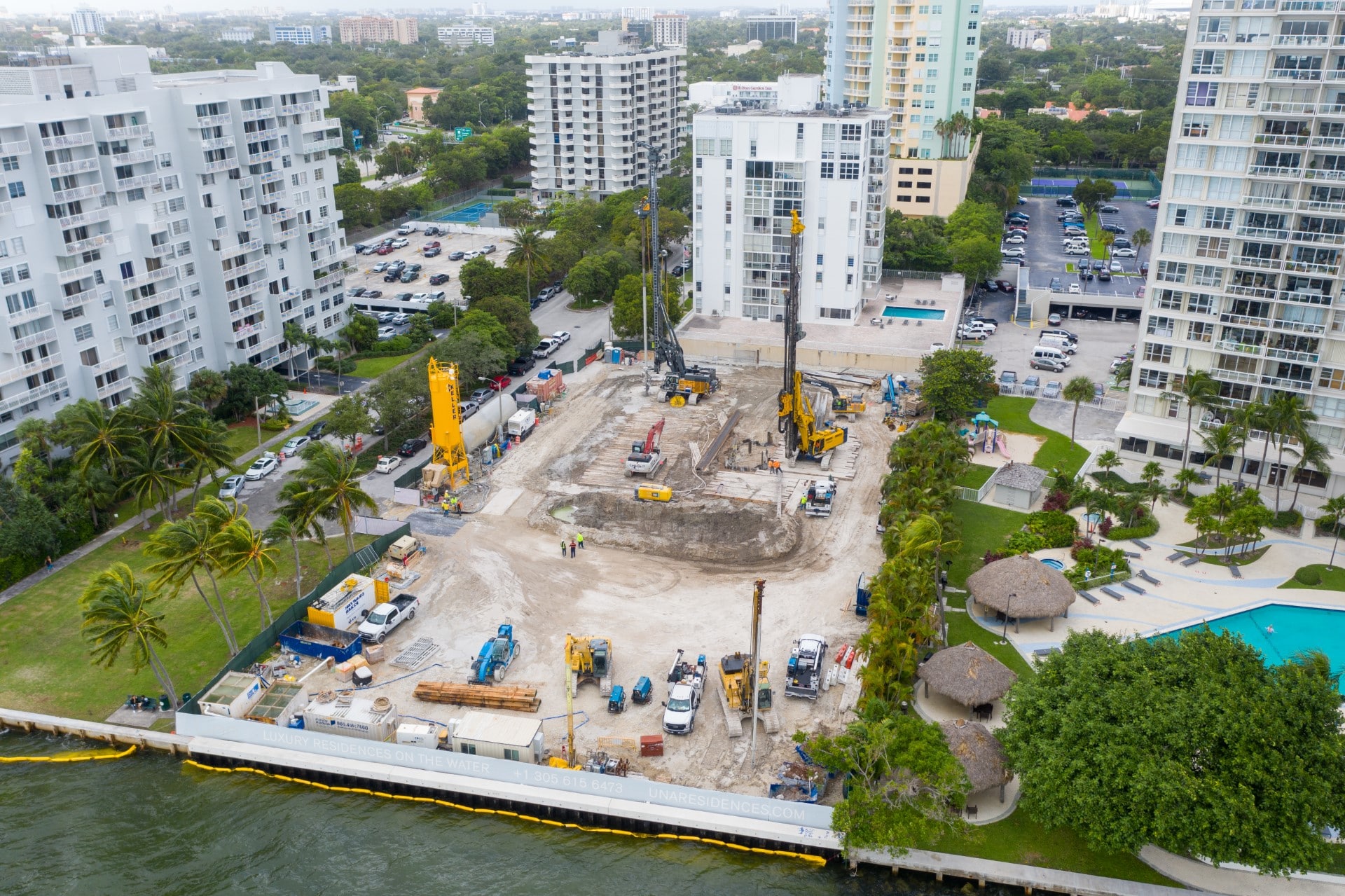 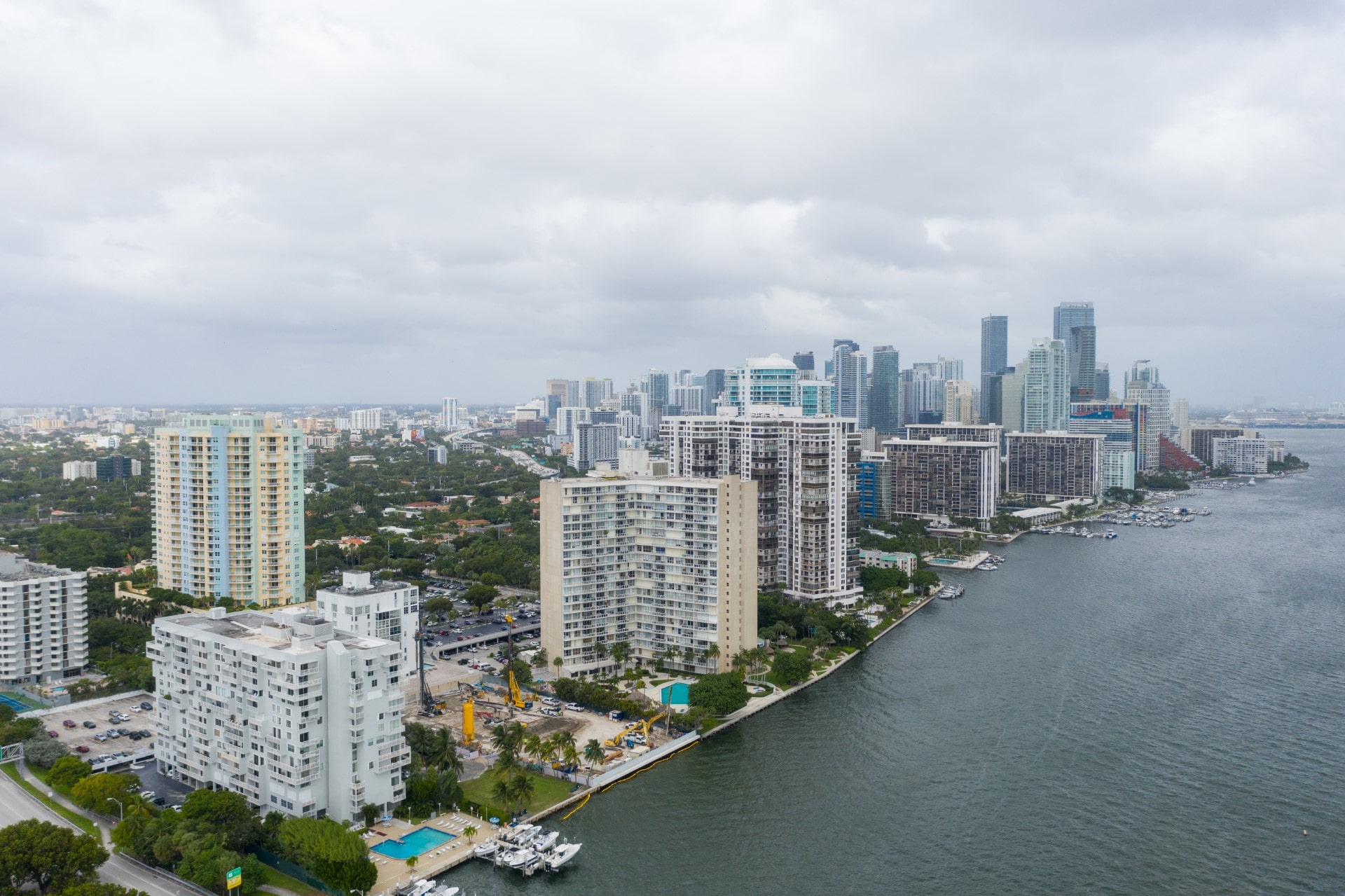 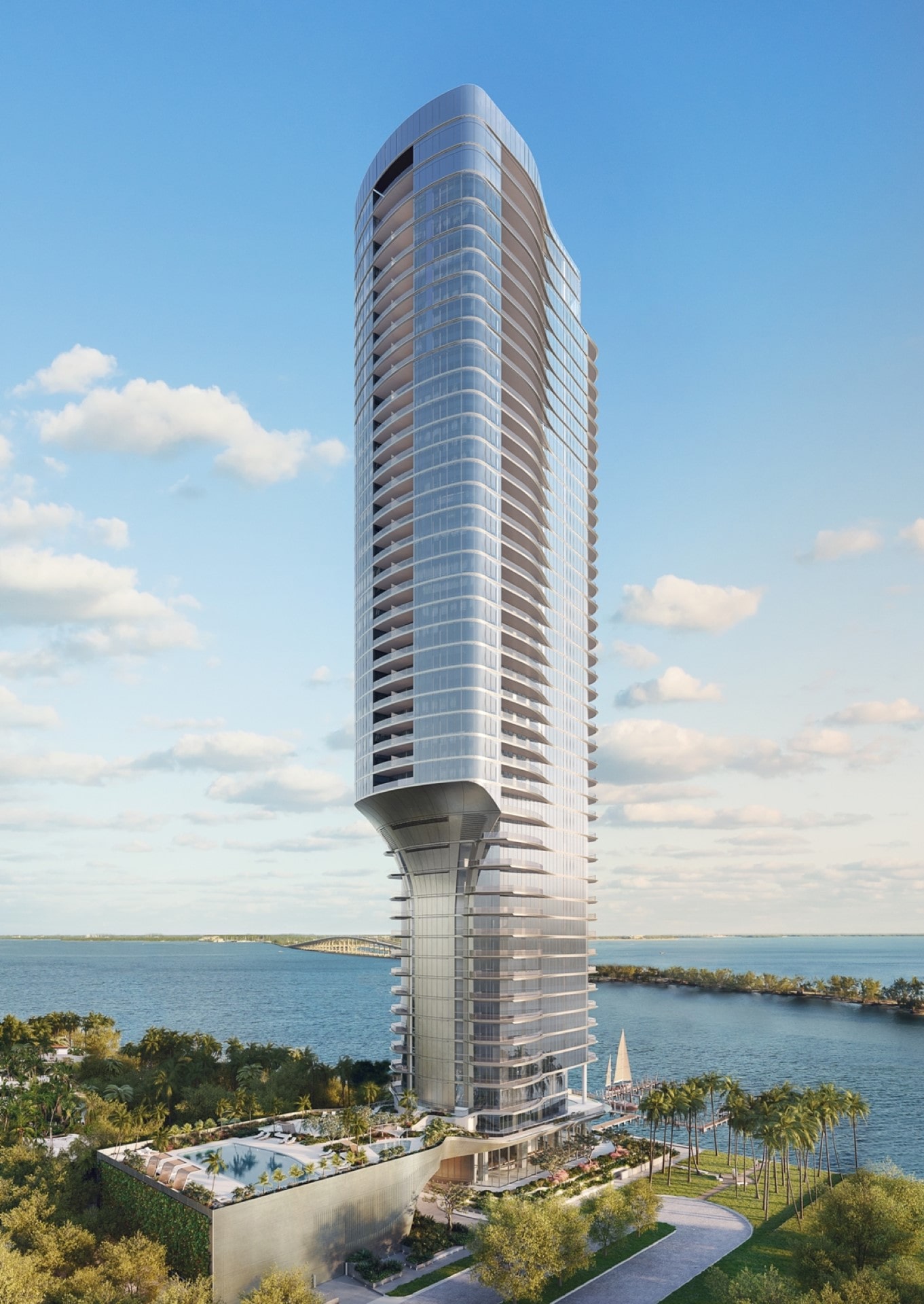 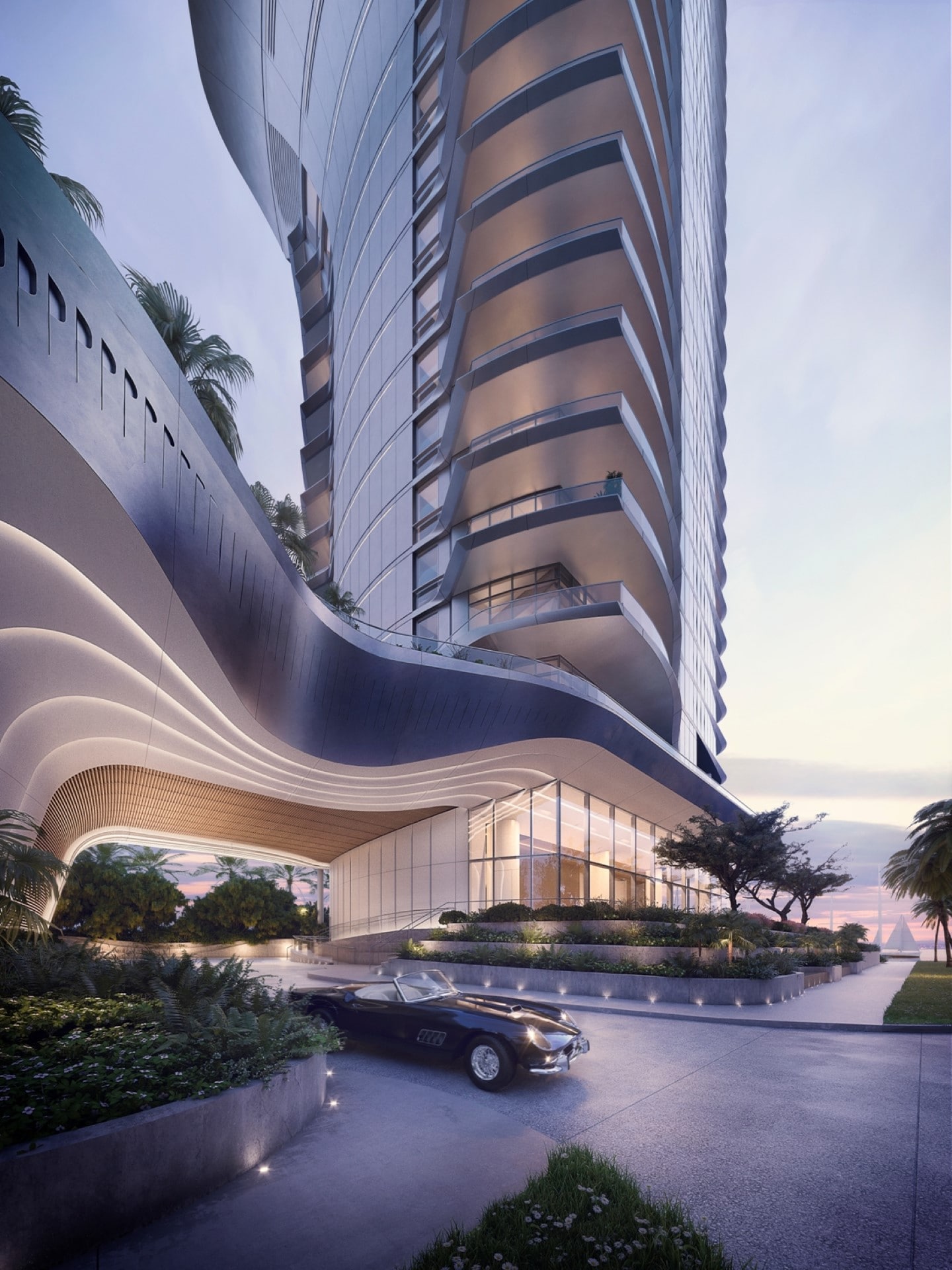 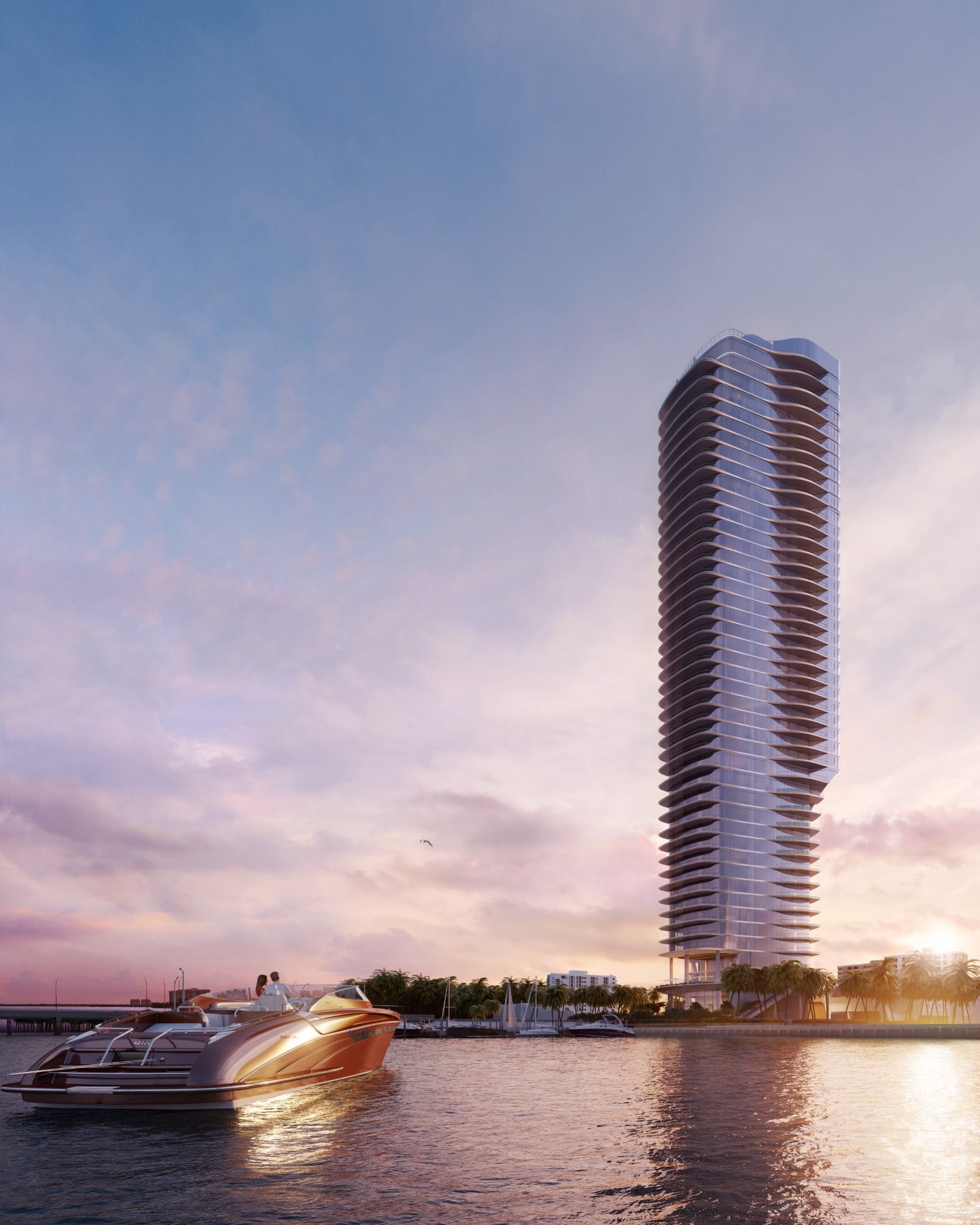 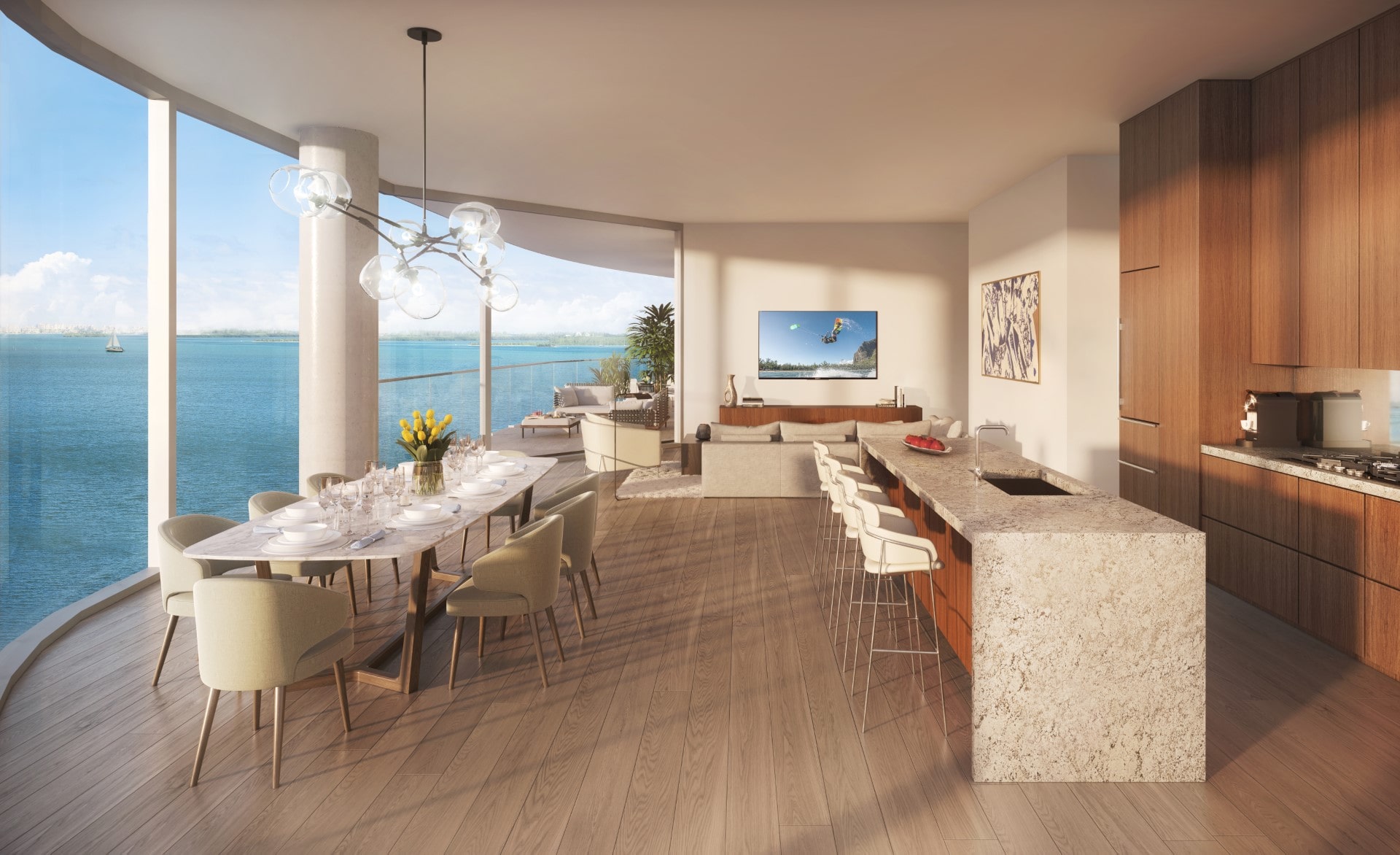