Miami Is Near The Top Of American Cities In Globalization Rankings

How international of a city is Miami?

According to a recent study, Miami ranks at or near the top of America’s metro areas in several key areas: 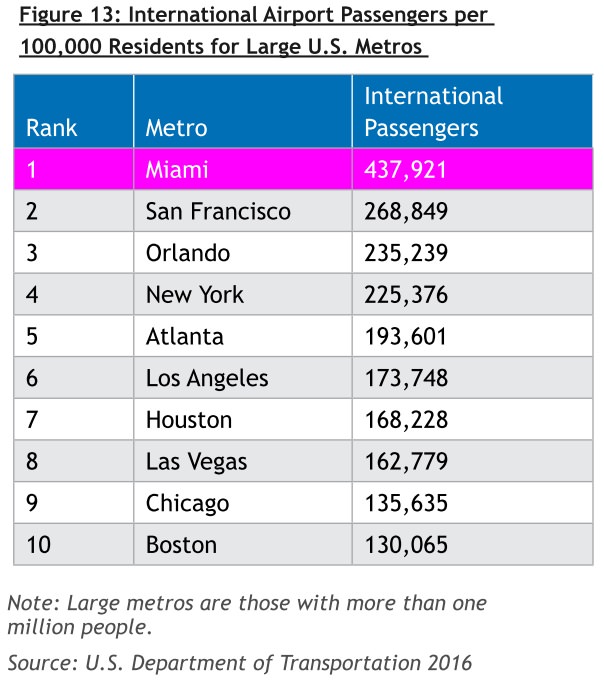