Miami’s Staggering Growth As Seen In A Single Photo

Point a camera in almost any direction in downtown Miami to capture the enormous amount of growth seen in recent years.

The photo below was uploaded to Twitter by The Next Miami reader Ryan Rea, who was pointing out the location of the proposed Okan Tower.

It was taken this week from a balcony at Marina Blue, a 57-story completed in 2008.

Two other towers are under construction behind it. They are Melo Group’s twin 51-Story Downtown 5th towers, one of which has already topped off.

One of the Parkline apartment tower can be seen behind it. The two Parkline towers at MiamiCentral were completed in 2020 and include 816 rental apartments, above a Brightline station, retail center and food hall that opened in 2018.

Visible to the left are at least nine recently completed towers in Brickell that opened within the past five years. They include SLS Lux, six towers at Brickell City Centre, one of the Brickell Heights towers, and the Solitair tower. 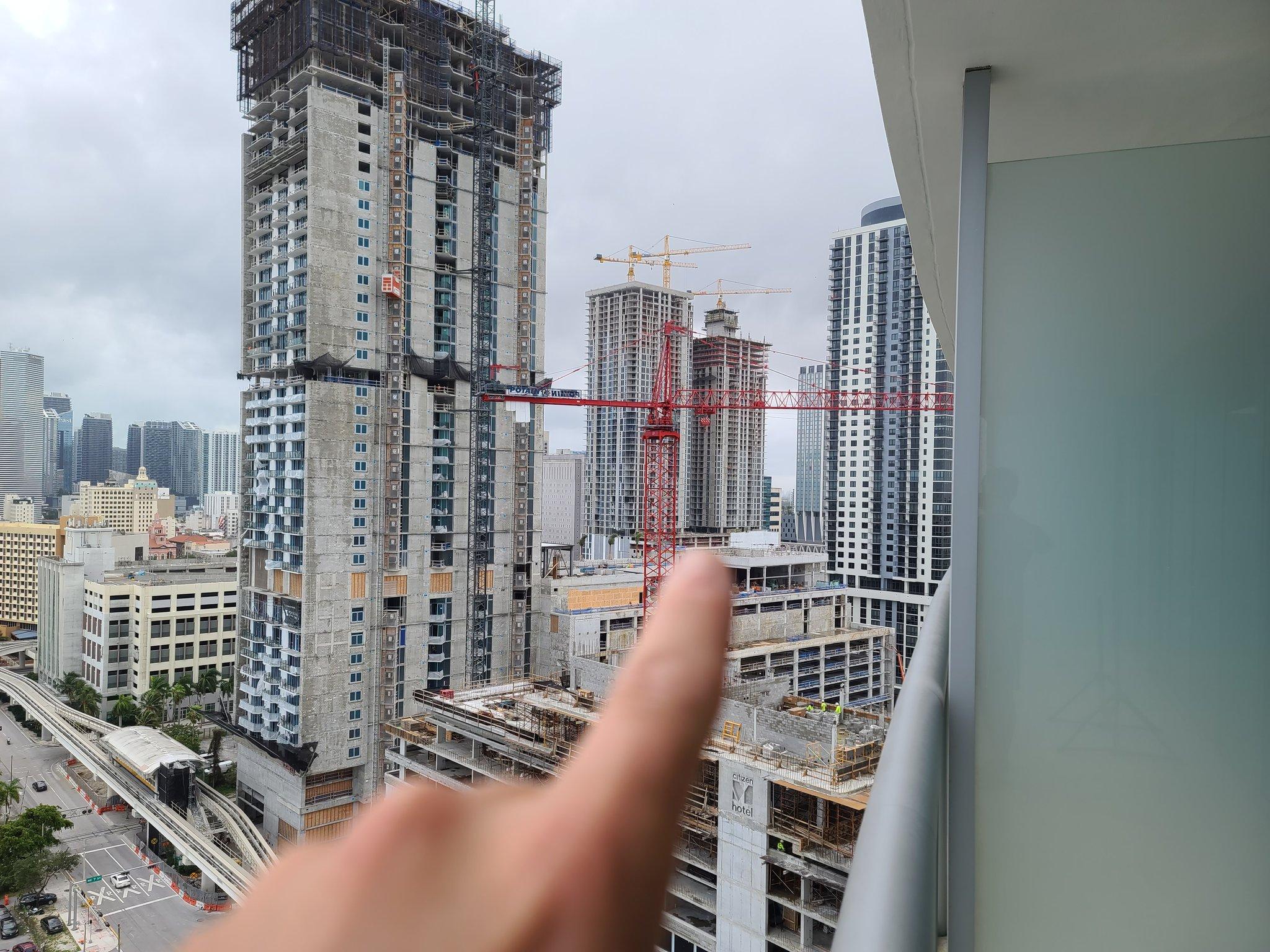