Miami hotels saw revenue in March and April that was close to their pre-pandemic numbers, even though the lucrative international market is mostly closed off.

During April, hotels in Miami saw as much as 98 percent of their business recovered compared to the same period in April 2019, statistics from the Greater Miami Convention and Visitors Bureau show.

At the airport, traffic during April was in the 70% range of what it was during the same period in 2019. In early May, it is reaching over 80 percent daily.

Restaurants are doing even better than before the pandemic, according to Open Table data, which uses a sample of restaurants.

Tax revenue is also rising. According to a tweet from Miami Herald reporter Doug Hanks, Miami-Dade hotel tax revenue in March 2021 was 93% of what it was in March 2019. 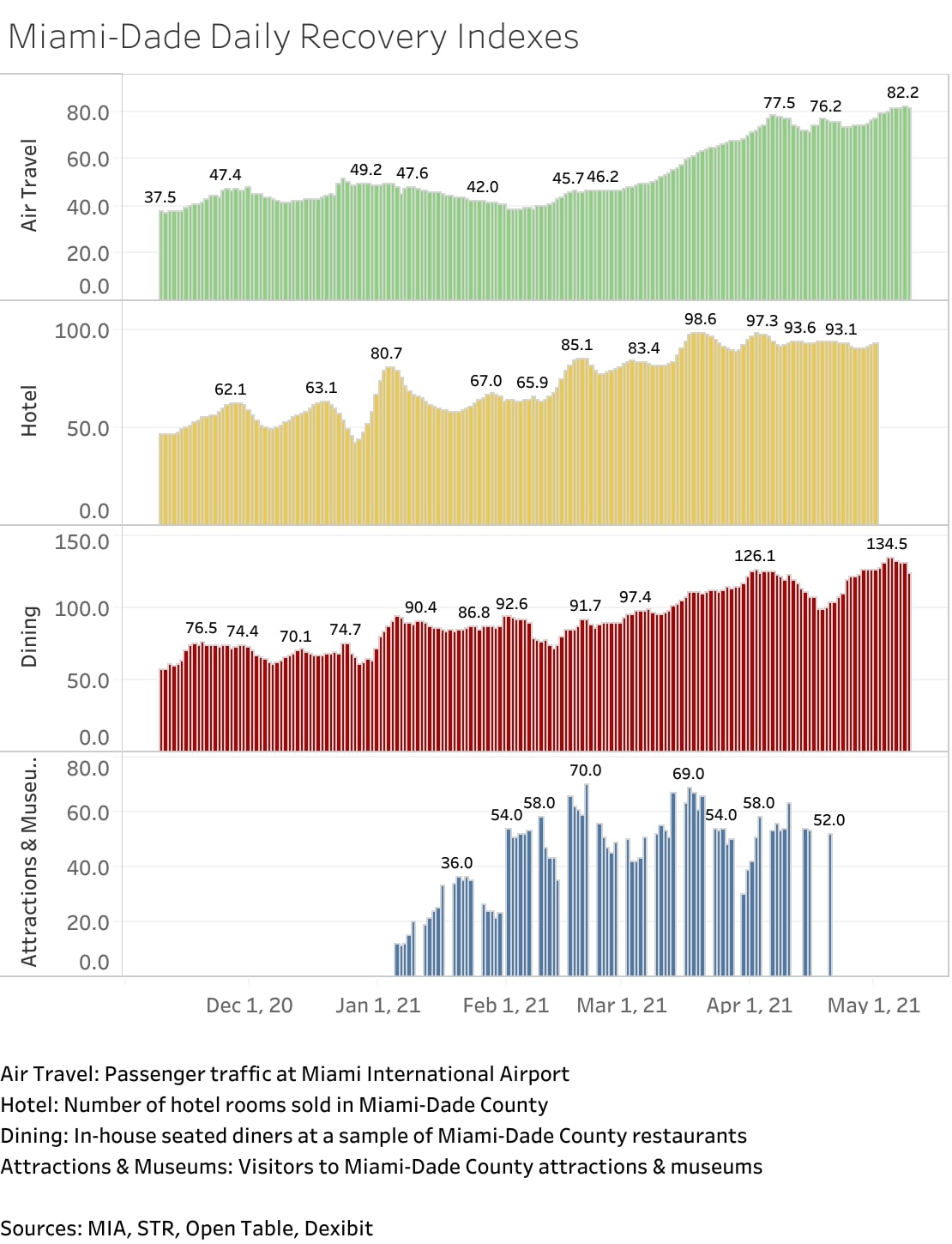 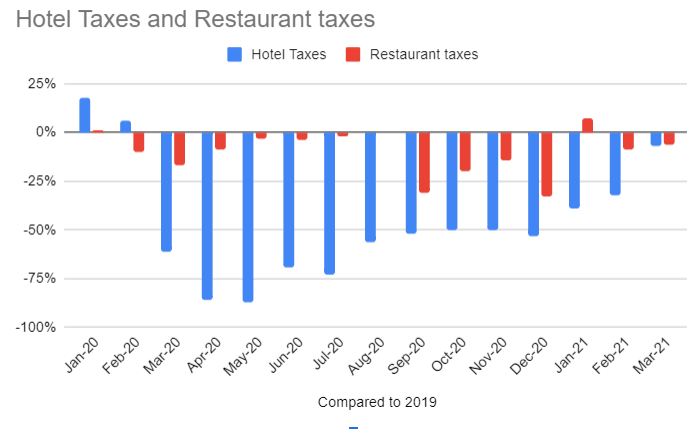