Midtown Miami Could Get Its Tallest Tower Ever, At The Neighborhood’s ‘Gateway’ Property

An unusually tall tower appears to be in the works for Midtown Miami.

The City of Miami’s Planning, Zoning, & Appeals Board is set to consider a proposed height increase to allow for the new tower. A meeting is scheduled for October 6.

Under the proposal, a tower as tall as 48 stories would be permitted at a Midtown Miami property known as Gateway 1.

The property is located at the southwest corner of the intersection of Northeast 36 Street and Northeast 2 Avenue. It is the only remaining undeveloped Gateway property in the Midtown Miami Special District.

Current zoning rules restrict the height for all of Midtown to 33 stories or 350 feet, under special regulations for the neighborhood.

If approved, the Gateway 1 would be permitted to go up to the maximum allowed under the Miami 21 zoning for the property, instead of being restricted by its Midtown Miami Special District designation. The Miami 21 zoning is T6-24A-O (maximum 48 stories).

Board members are being told to consider that there are properties directly across the street to the east of Midtown with zoning allowing 60-story towers.

It isn’t clear which developer is behind the changes.

Midtown Opportunities is the owner, however they have historically sold properties off to developers rather then build themselves. 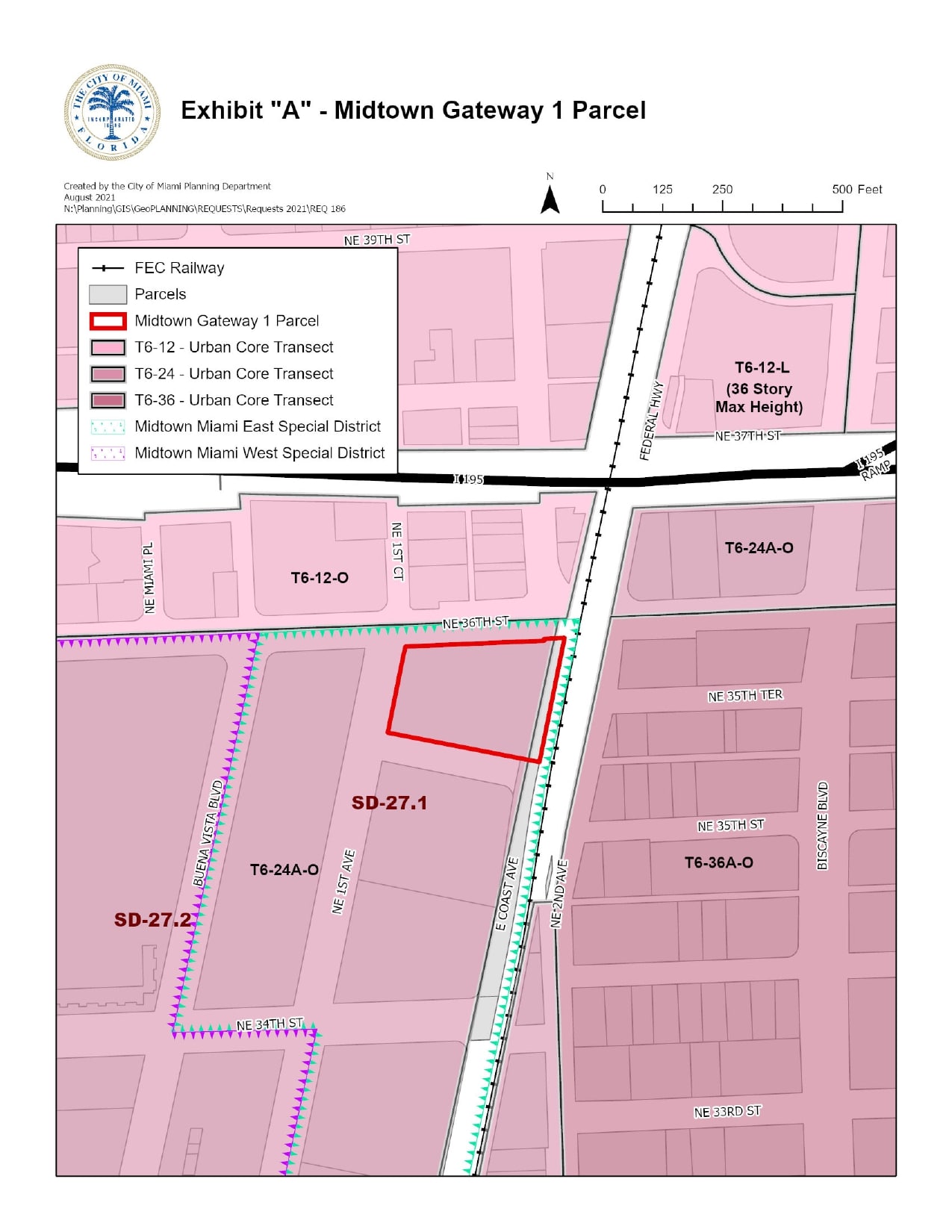 The original vision for the neighborhood showed a low-rise structure on the Gateway 1 site: