A train station is planned to be built near Midtown Miami and the Design District as a demonstration project for the SMART Plan.

A map shows the station location to be either underneath or just north of I-195.

The City of Miami is sponsoring the station, and is working in conjunction with Brightline parent Florida East Coast Industries, according to documents sent to city commissioners.

Funding is to be issued in fiscal 2019 (which begins October 2018). Half of the funding must come from the local sponsor, with the other half the responsibility of the Miami-Dade Transportation Planning Organization (which may also seek federal or state funding).

The submission to the TPO from the city is due May 21. Miami commissioners are scheduled to vote on retroactively approving the submission May 24. 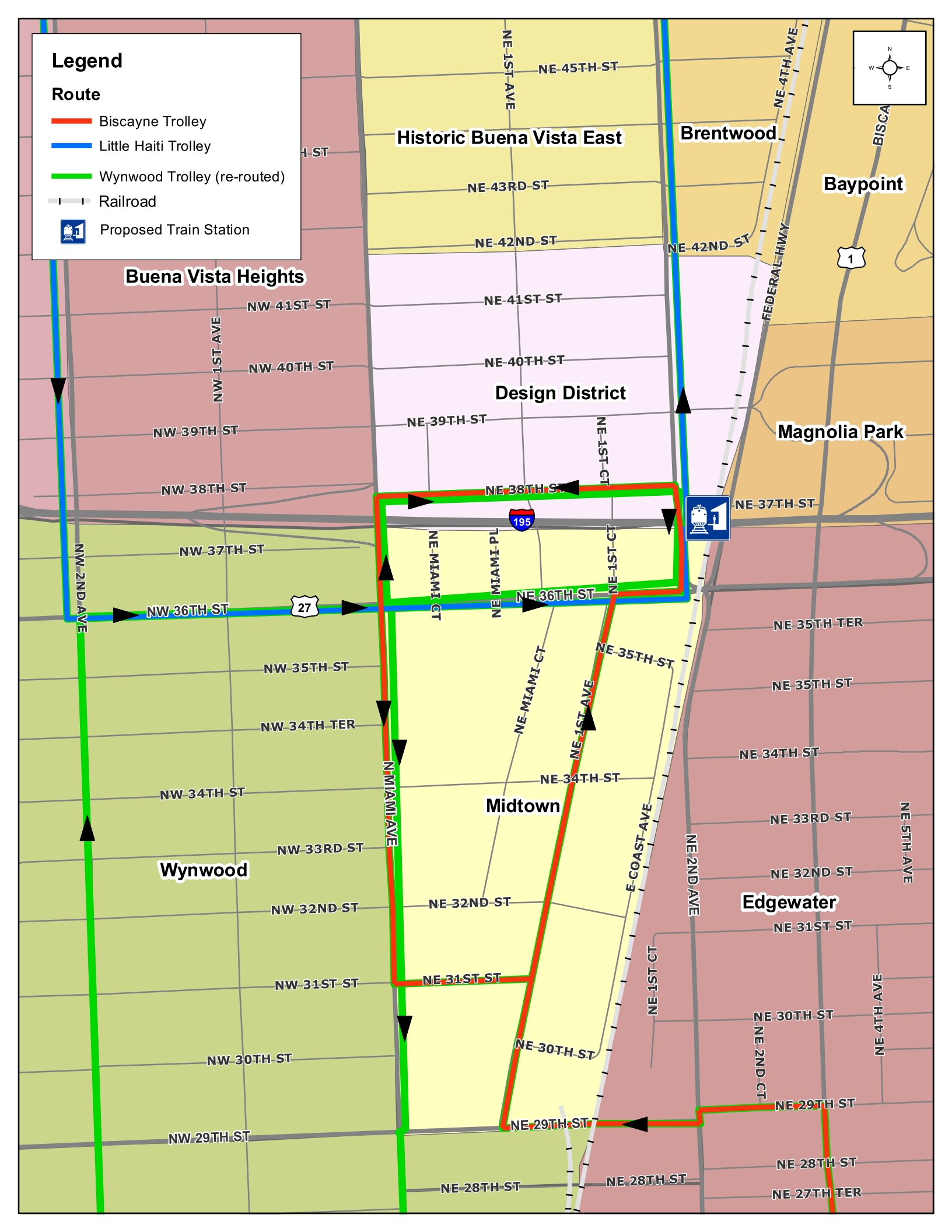