A Mini Cooper convertible was nearly destroyed by a Brightline train in Midtown Miami on Monday night, video taken by a passerby shows.

The Mini was caught behind the railroad crossing gates after it came down. The driver is shown quickly maneuvering around the gates, before a train passes seconds later.

Reddit user Rushyyrush captured the incident at 6:51 PM on Monday night, and uploaded it to the website.

Another user who claimed to work for Brighline wrote that there are 3-5 similar near misses each way on every single trip. Each conductor and engineer could experience around a dozen incidents per shift, he said. Near misses include incidents such as people running across the tracks, and cars on the tracks.

Train service on the tracks will be increasing in the coming years with new stations coming online in Aventura, Boca Raton, and PortMiami next year, along with Orlando in 2022. 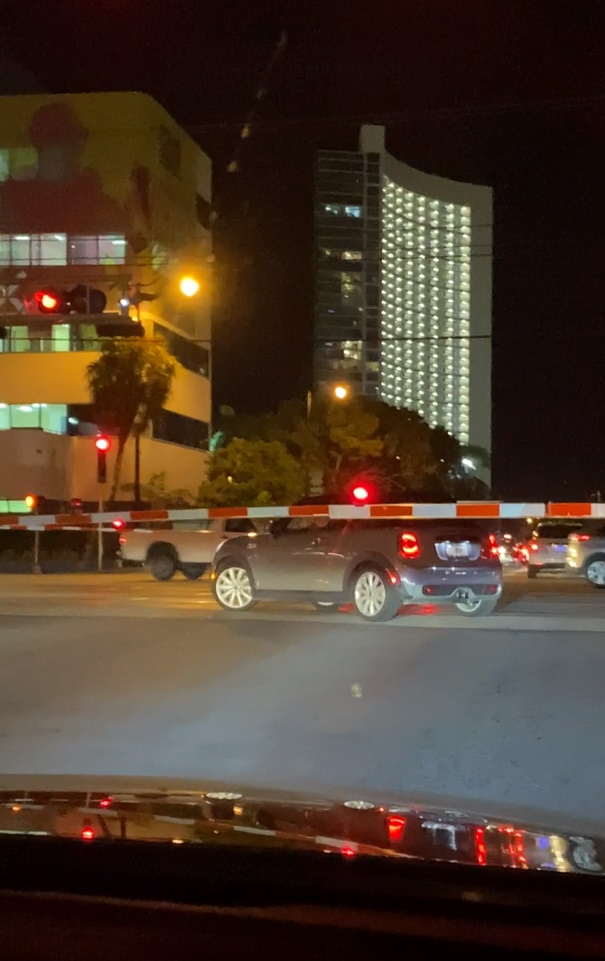 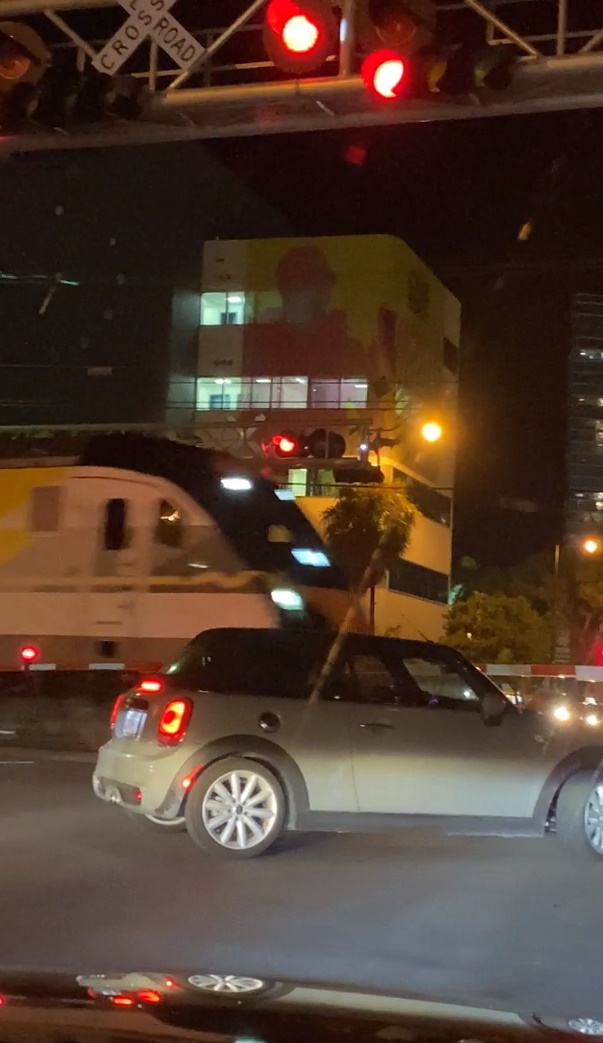 Previously: Brightline Trains Will Soon Be Rolling Through This Clogged Midtown Miami Intersection 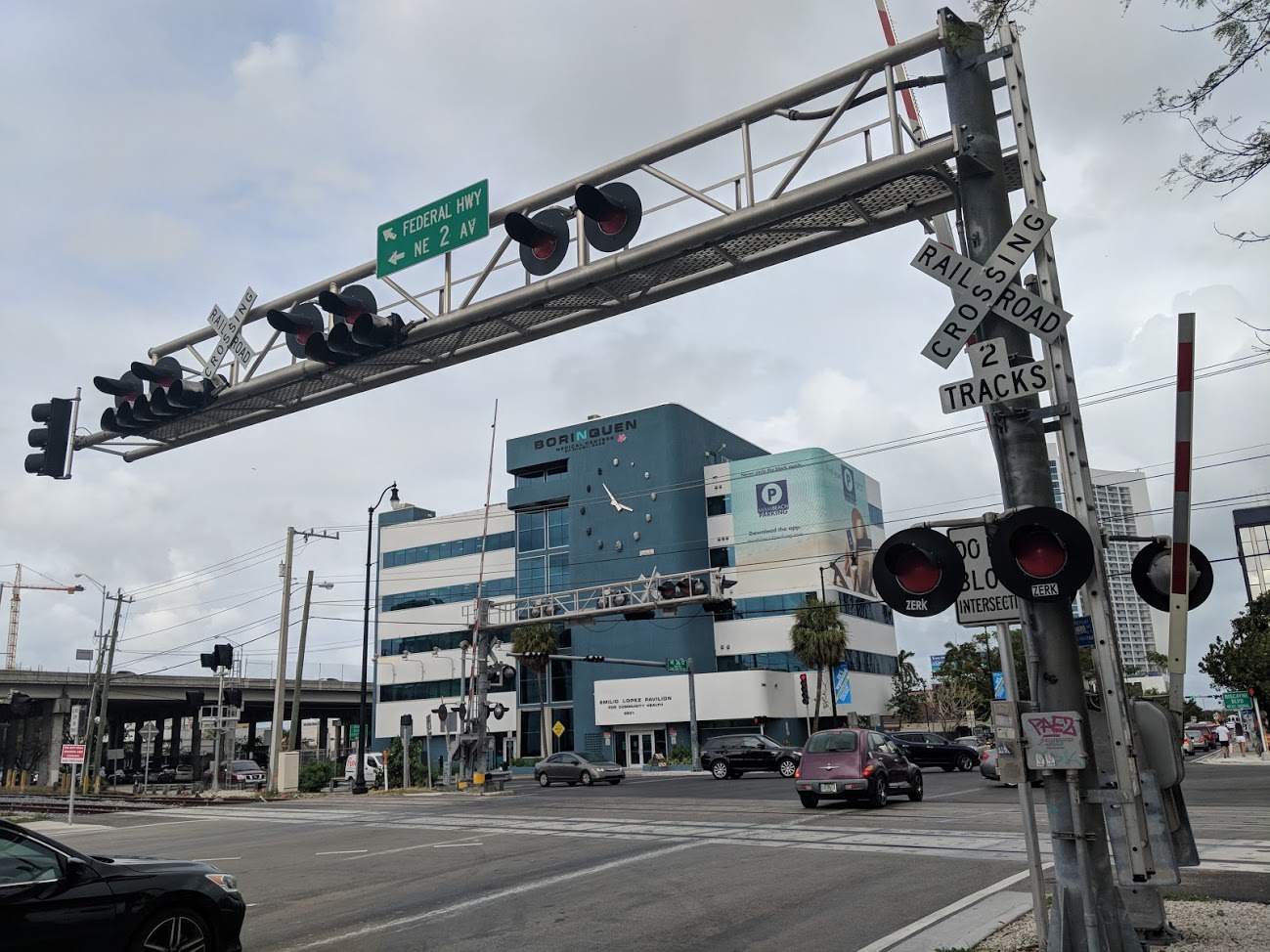 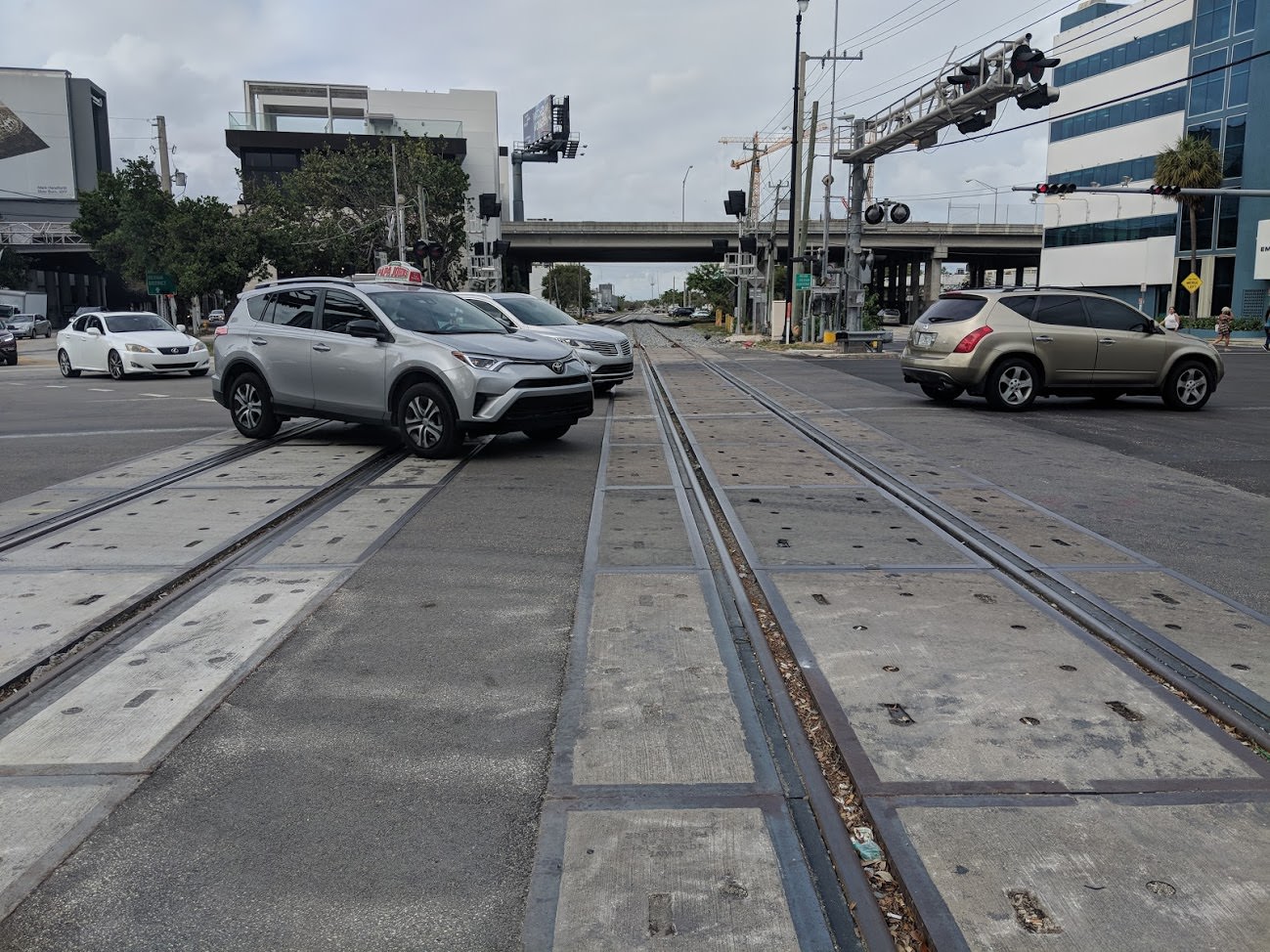 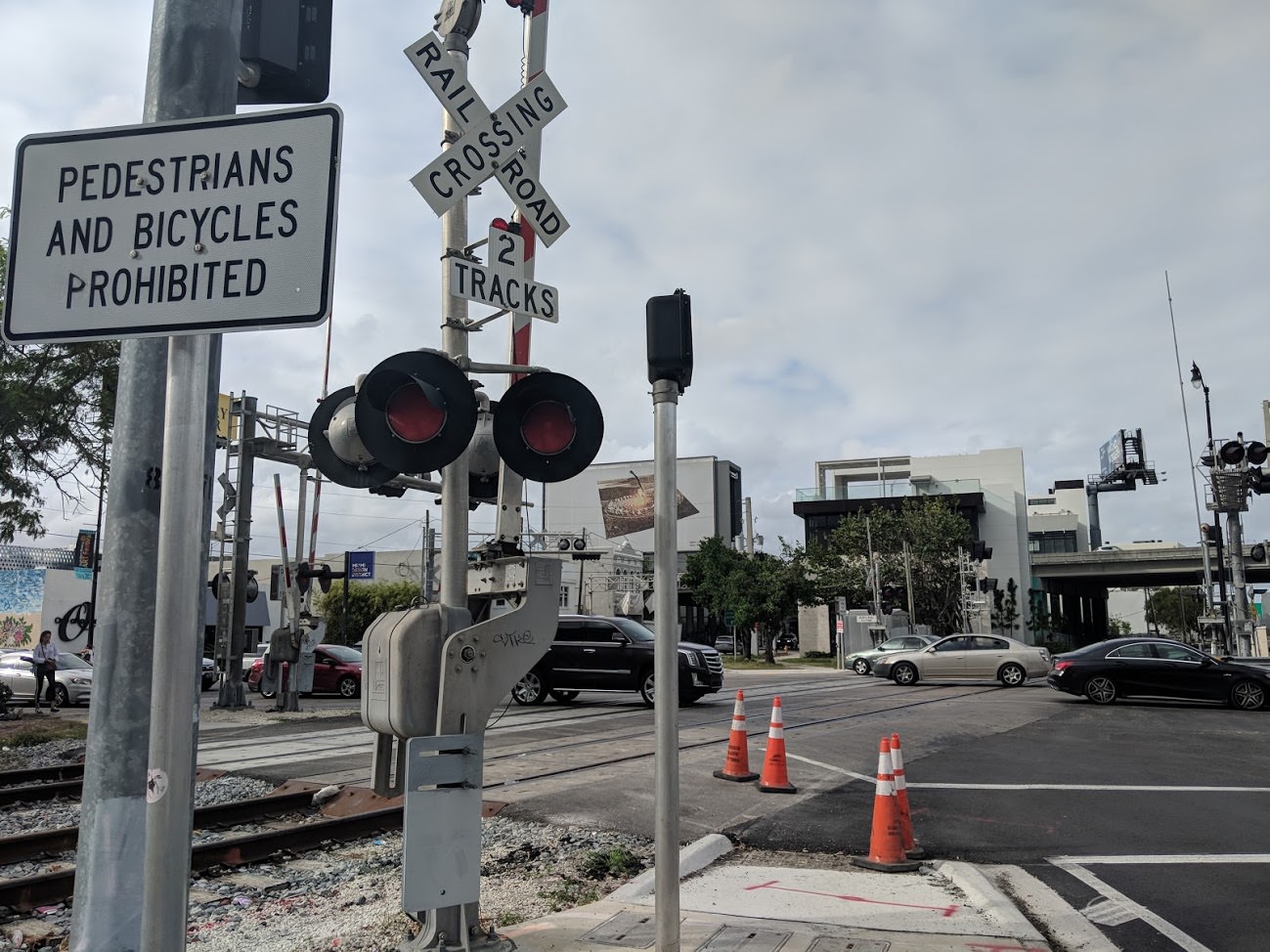