A quirky Brickell Avenue office building that was designed by the same architect who designed the World Trade Center is being converted into a hotel.

The building known as Colonnade Plaza at 1201 Brickell Avenue is now under renovation, city records show.

Features include “Romanesque” columns that extend from the street level to the roof.

It was originally built as a regional office for Mutual of Omaha, and was completed in 1968.

According to a construction permit filed in June 2020, four floors of the building are being converted to hotel.

There are also other permits for roofing work and elevator repair.

A separate permit was filed to build a pool, spa, or fountain at a cost of $96,000. A nearby property where the Norman Foster supertall towers are planned is likely being used as a staging area for the work, as it shares the same owner. 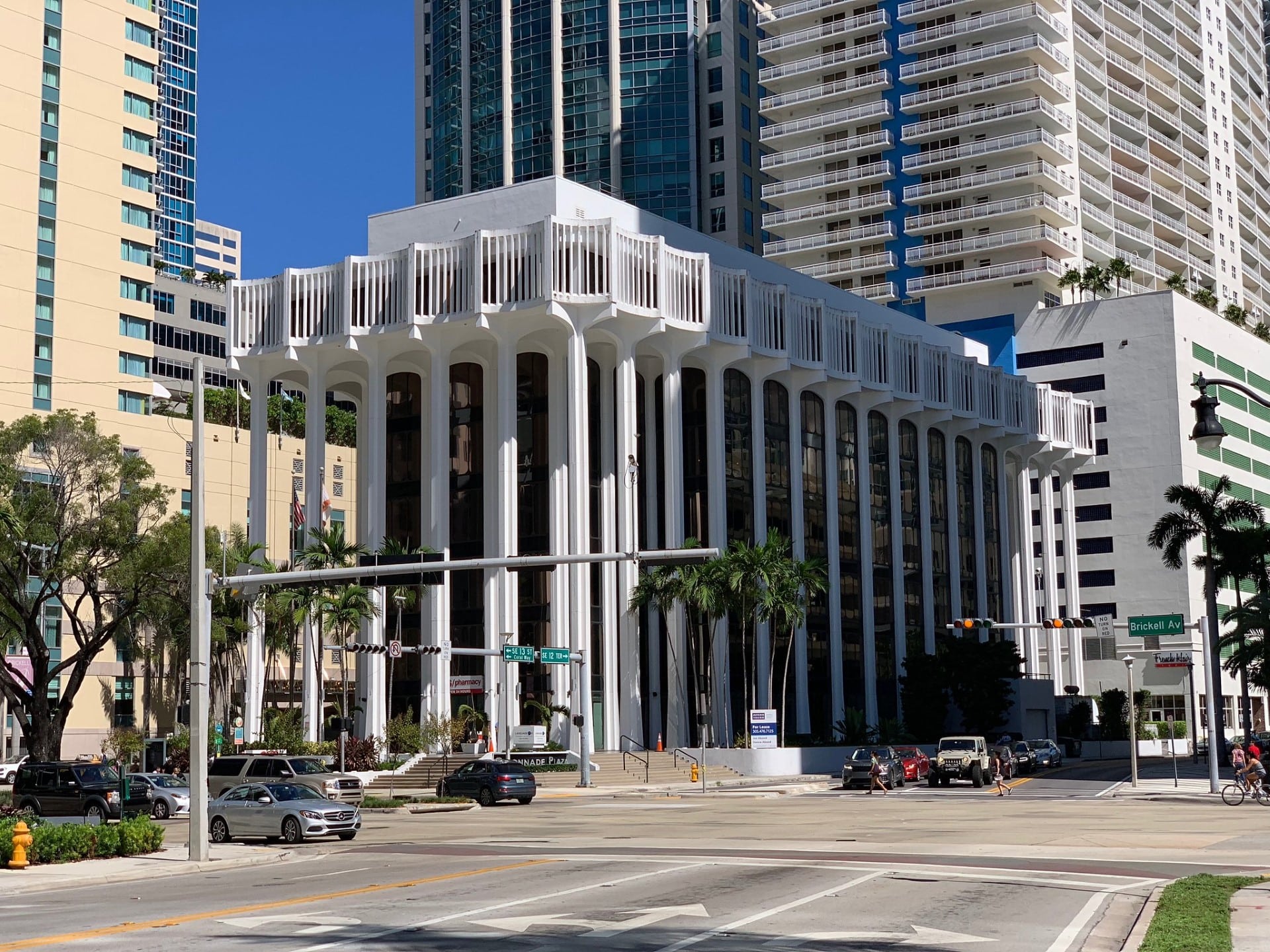