Developers Unveil Plans For The Gardens at Lincoln Lane, Designed By Brandon Haw

One of the development teams also revealed more details of the project they plan to build, to be called The Gardens at Lincoln Lane.

The Gardens at Lincoln Lane will be developed by a joint venture between Starwood Capital Group, Integra Investments and The Comras Company, under an entity called Lincoln Road Property Owner L.P.

The Gardens at Lincoln Lane will be spread over two surface lots and include:

The lot at 1080 Lincoln Lane North will be replaced for the project (behind the Apple Store), along with the lot at 1680 Lenox Ave (across from Yard House and next to Chotto Matte).

The developers are emphasizing improvement of the street-level pedestrian experience with new retail uses, public seating areas, and a pocket park featuring a signature waterfall.

The buildings will also have sustainability features including energy and water conservation systems, and a green roof that promotes natural cooling and enhances storm water retention.

Negotiations will also move forward with a separate development team comprised of The Peebles Corporation, Baron Corporation and Scott Robins Companies, Inc. for the surface lot at 1664 Meridian Ave (next to Anthropologie).

The Peebles/Baron/Robins proposal is planned to include apartments, office and retail.

Miami Beach voters will need to approve the deals in a November referendum. Commissioners will also need to vote again on the final terms.

The Gardens at Lincoln Lane, developed by Starwood/Integra/Comras and designed by Brandon Haw: 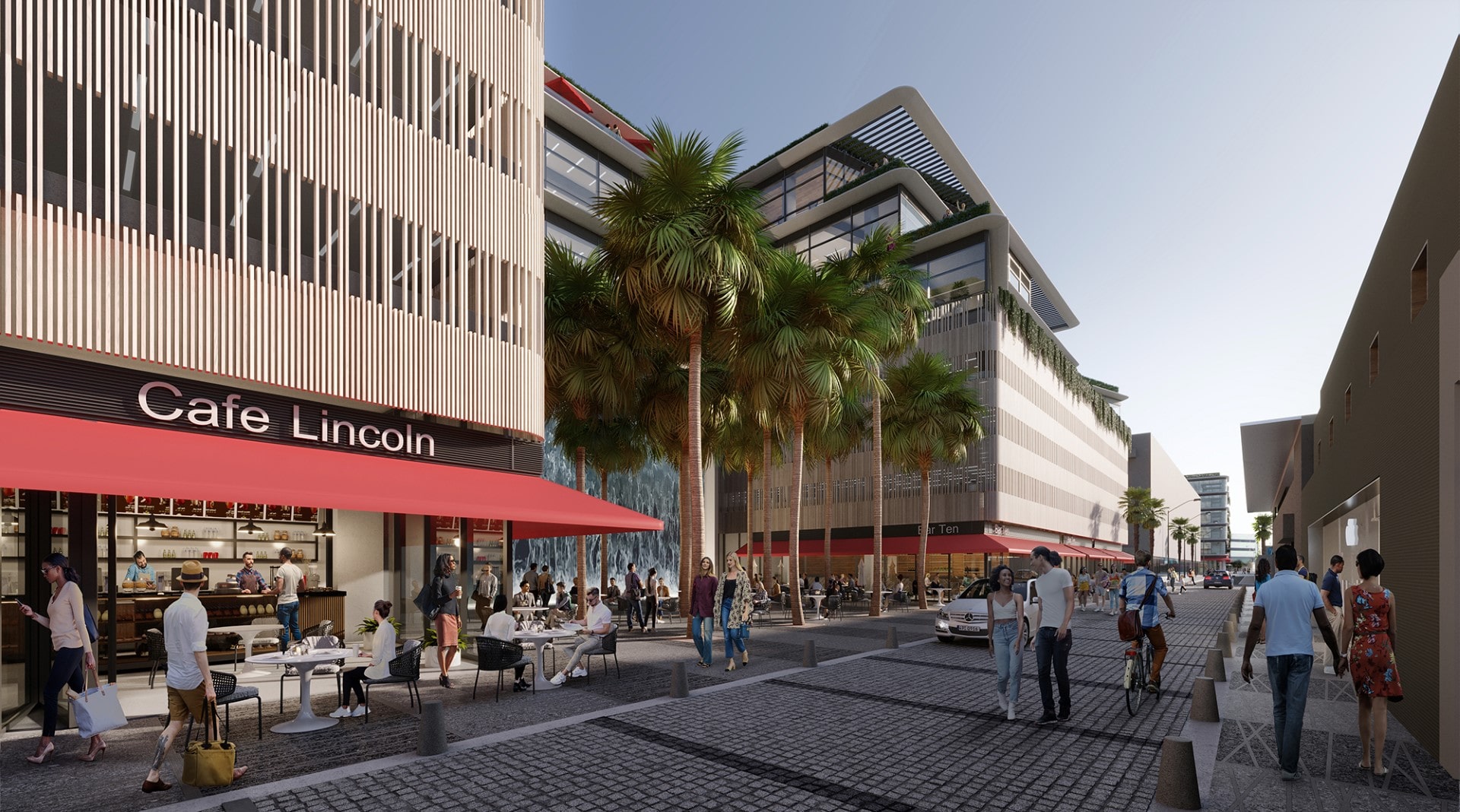 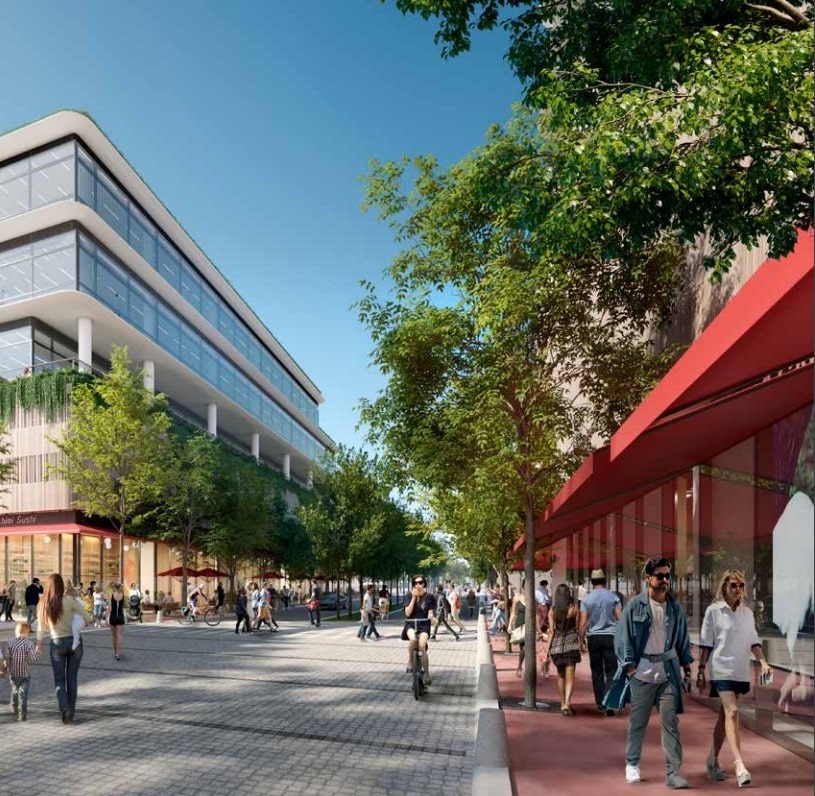