Update: Representatives of Moishe Mana say that he sold the home and closing is in progress. Mana filed the plans and paperwork to build the new home and demolish the historic home in the meantime on behalf of the buyer, they said.

Plans have been filed to build a modern new home on Hibiscus Island, replacing an architecturally significant historic residence.

All of the new home is proposed to be elevated above ground, accessible by an escalator, grand stairway, and a glass elevator.

The ground level will mostly be “understory” area, with an infinity pool fronting the bay, along with landscaping, driveways, and water features.

On the second level, the main residence will be separated from two guest houses by an elevated water lily pond surrounded by sunken seating.

The third level includes a cluster of bedrooms with a “glam room” at the center. There’s also a Master Suite with a double-height walk-in closet, and a spa with steam room.

A glass atrium is at the center of the home.

Approval from the Miami Beach Design Review Board is needed plans, since the existing home to be demolished was built before 1942 and because the new home requires several waivers from city zoning rules.

One of the waivers is to exceed Miami Beach height restrictions of 24 feet (for a total of 28 feet).

The property has “unrestricted views of Downtown Miami,” according to a write up from the 2013 listing. 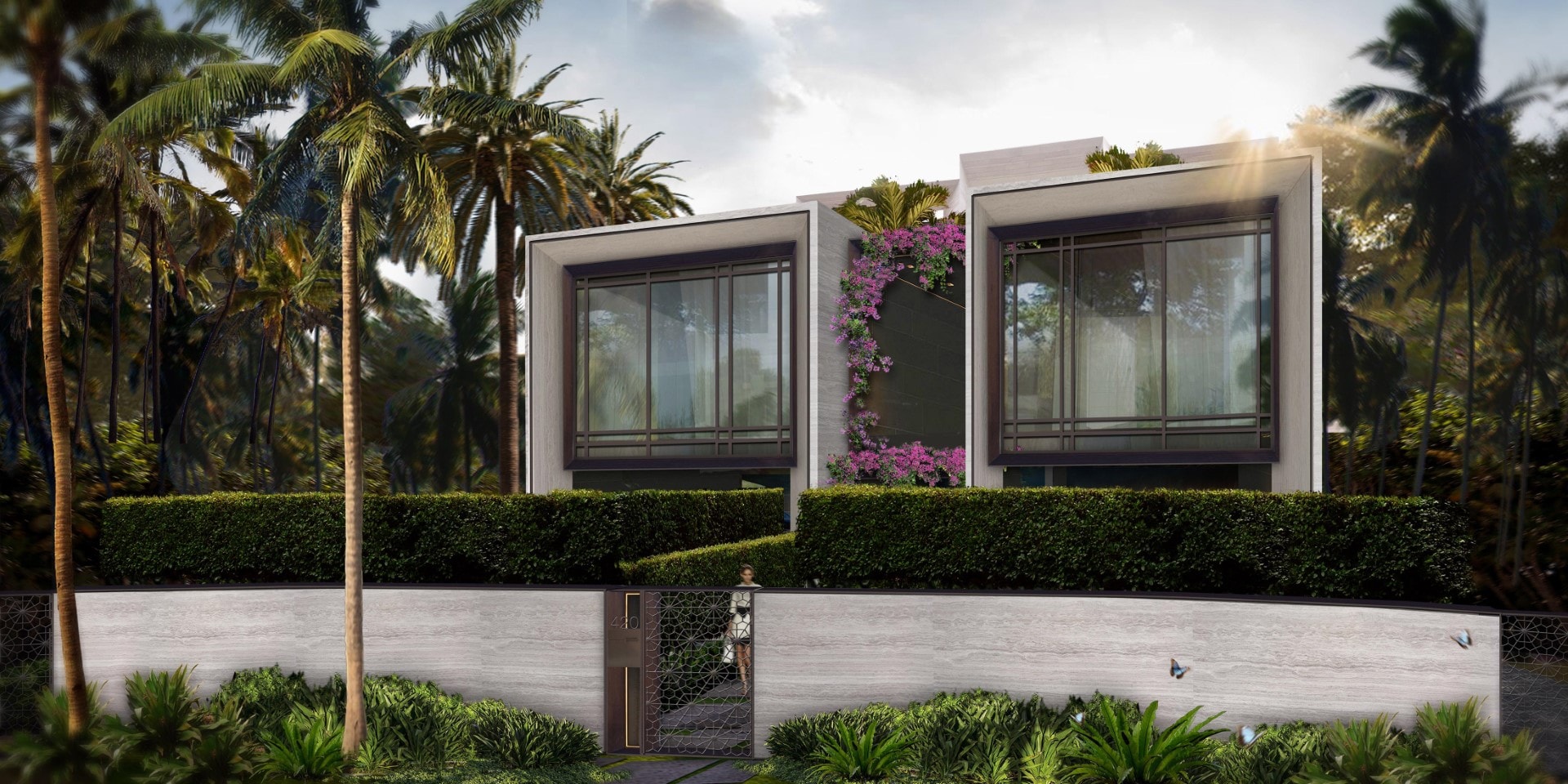 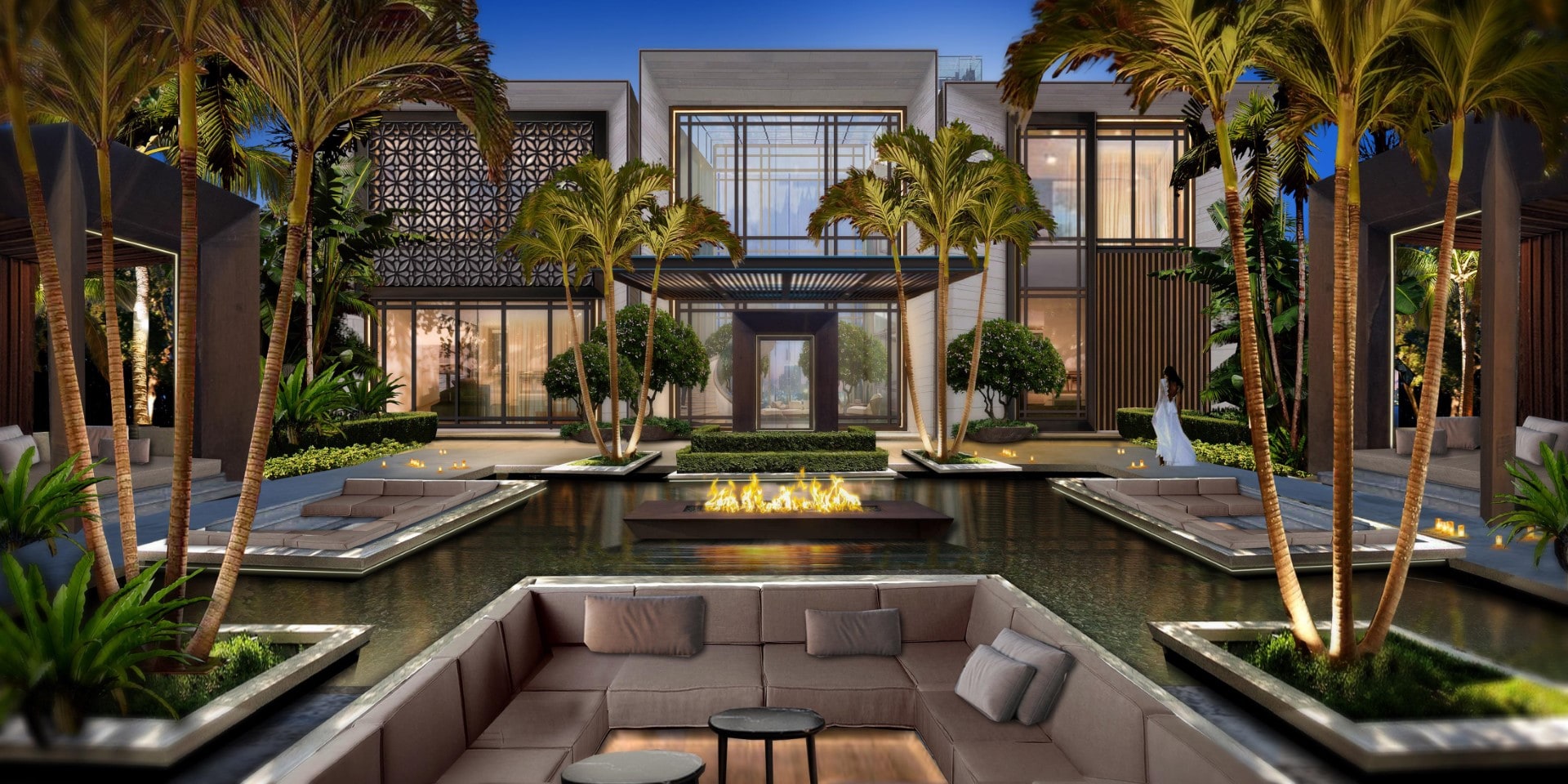 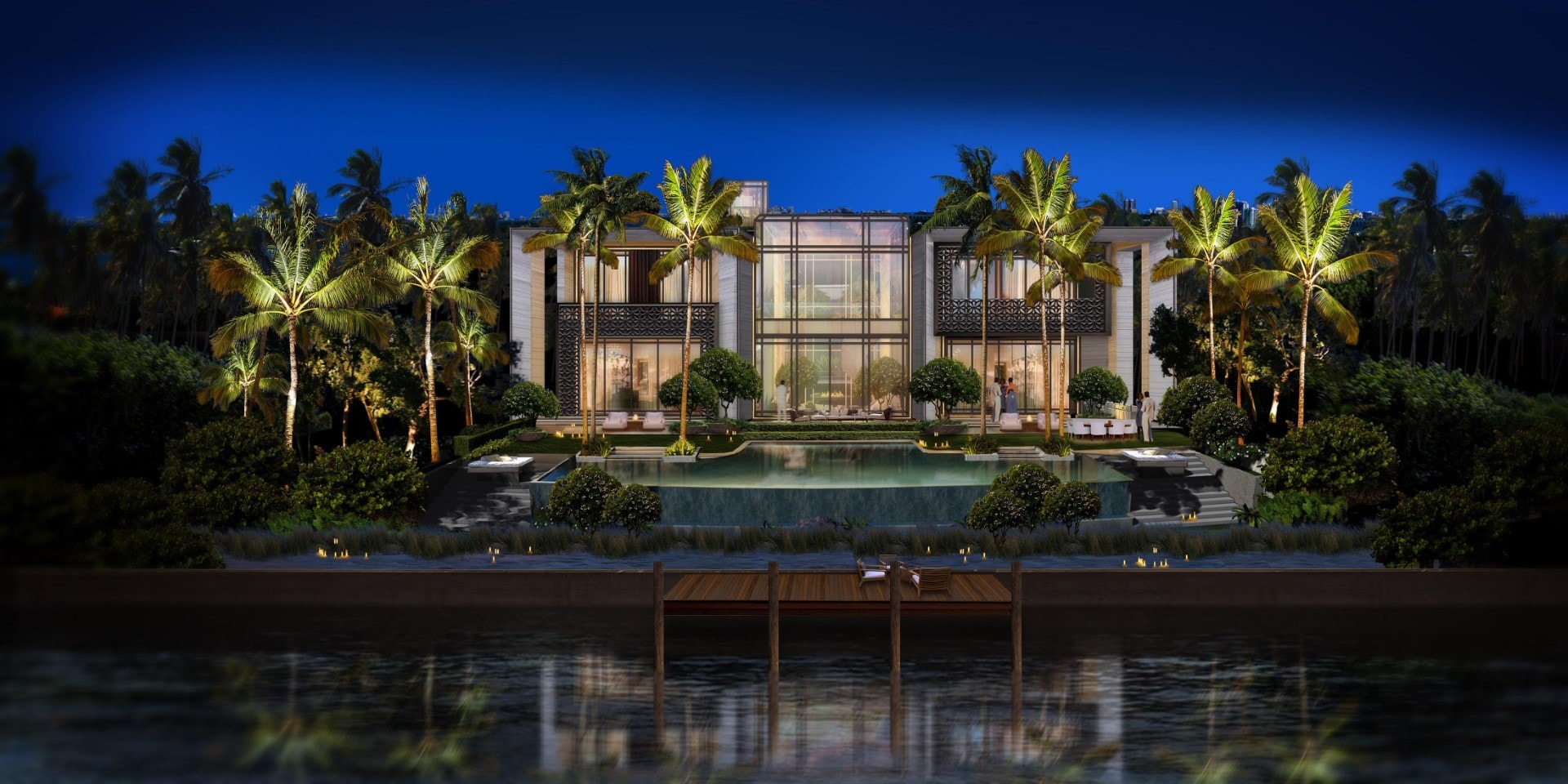 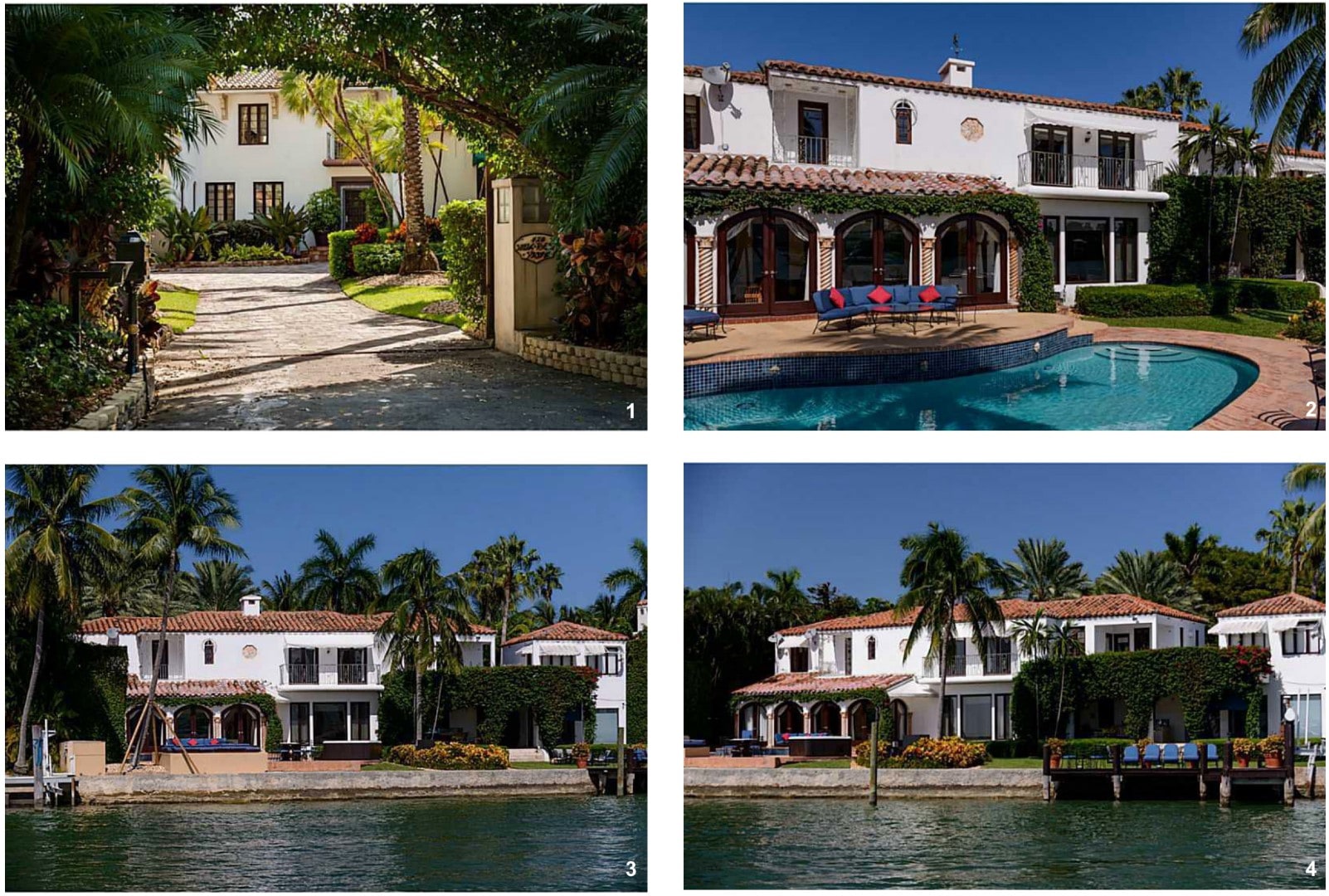 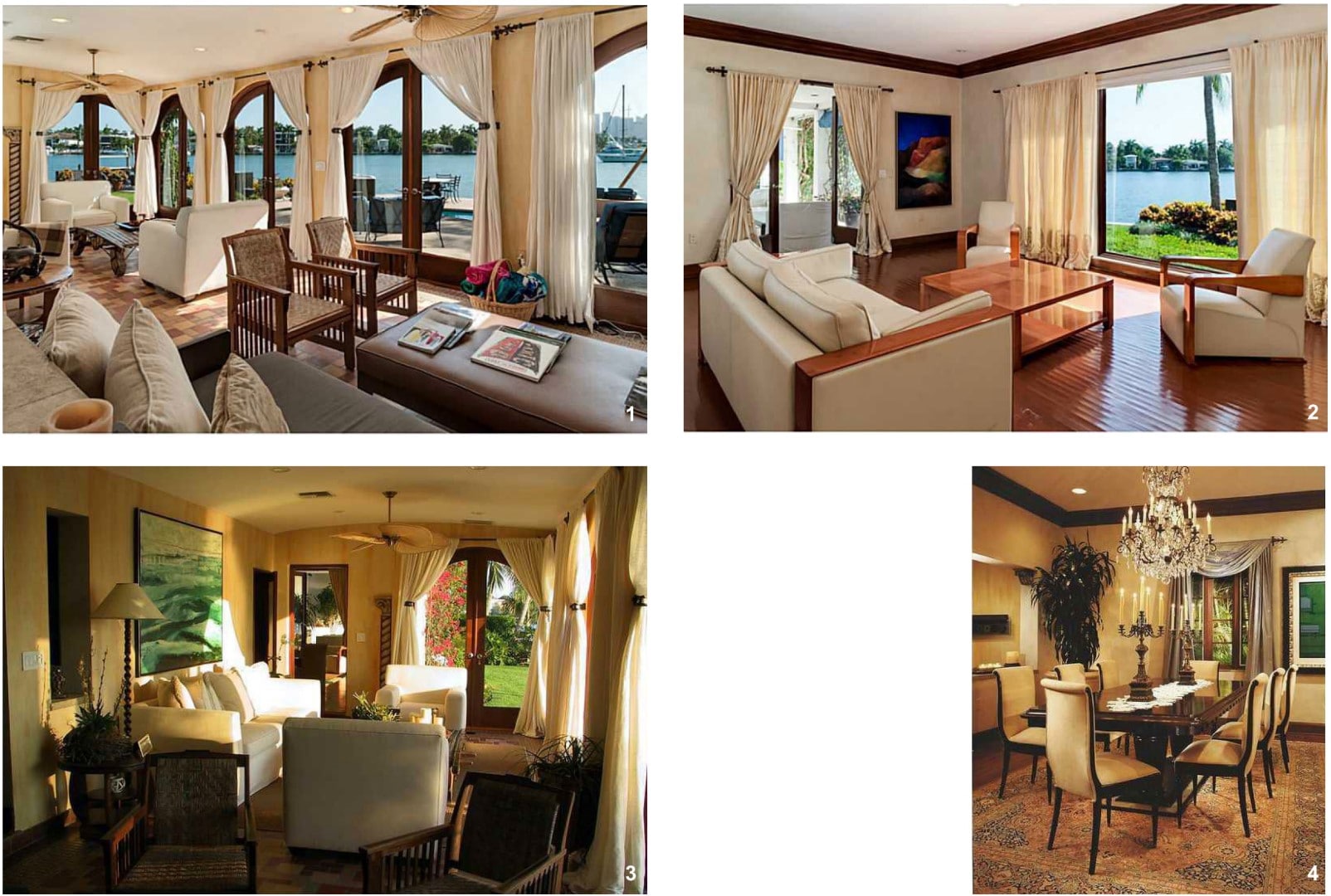